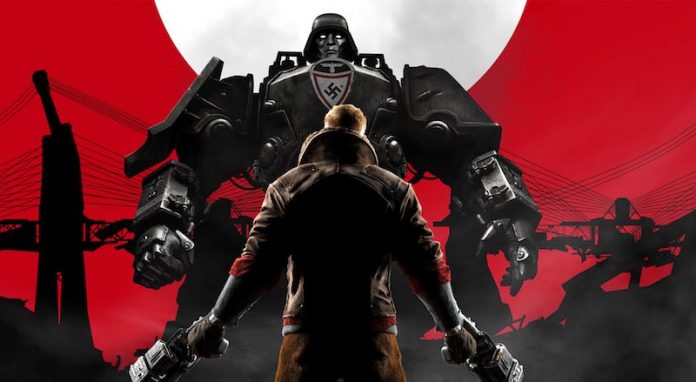 Oooofh! So we’re already roughly half way through this year’s series of E3 press conferences and it’s been a whirlwind of excitement, hype… and just a splash of misjudgement. 20 mins of straight Battlefront 2 multiplayer EA, really!?

So far the highlight for me has undeniably been the rather explicit theme which ran through Bethesda’s concise but punchy conference: the doubling down on narrative-focused single player campaigns that are confident enough to place you on a set path.

This sentiment was embodied most in the reveal of two games, The Evil Within 2 and Wolfenstein: The New Colossus. Both are mid-tier titles that surpassed expectations the first time round, so it makes sense for Bethesda to invest in them once again. Unsurprising and unexpected for sure, but it bodes well for gamers like me who are somewhat burnt out on the vast openness of other games, and instead have our interests piqued by linear instanced games that serve up a meaty helping of narrative. Yum!

Bethesda’s tight 40 minute E3 conference really put into perspective just what similar paths both Shinji Makami’s horror romp and Machine Games’ FPS update are actually on. For one thing, when the original games were initially released, both were given the daunting task of riding the line between new and past console generations. Now however, the full power of the Xbox One and PS4 can be more easily utilised, with the results really showing when looking at Wolfenstein in particular.

It might be a moot point for some, but when you consider the fact that you’ll be spending upwards of 15 hours with these very charismatic and ragtag Nazi resistance fighters, it helps that they look stellar too. It’s no secret that limiting scope makes it easier for devs to render environments and character models more detailed, without the need to adjust for draw distances, side missions, unpredictable AI and the like, and it’s these technical factors that help to better immerse you in a single player narrative.

Both of Bethesda’s forthcoming sequels already appear very evocative, whether it’s when looking at BJ Blazkowicz’s need to rid the world of Nazis for the sake of his unborn children, or The Evil Within’s Sebastian Castellanos wandering through the woods while having yet another psychological episode. I’m both excited and relieved that in a world where “games as a service” seem to be the prerogative for many publishers, it’s surprisingly Bethesda who are speaking to the narrative-enthused players. Offering up a suite of thought-provoking, edgy single player campaigns that place you on a set story path, rather than unnecessarily forcing us to forge our own.