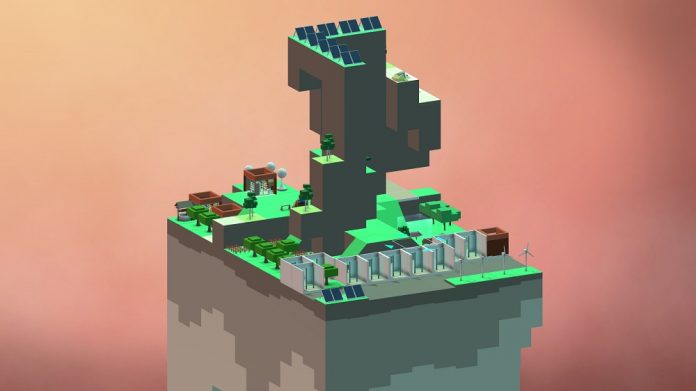 I found Block’hood to be deeply unsettling.

Now, that’s something of an odd emotion to feel when playing a cheery, colourful city-builder, no? With its intricately detailed cities (known as “‘Hoods”) that can consist of dozens of structures carefully stacked on one another, it seems like a lovingly optimistic view of the future. Catwalks criss-cross between constructs, providing elevated walkways to navigate the vertical landscape. Glasses clink in bars, internet cafes emit bleeps and whirs, and clothing stores sell the trendiest fashions to citizens. It’s a veritable utopia.

Suddenly, things collapse. Businesses fall into disrepair. Apartments cave in and lose all sense of life. Protesters line the streets as black clouds swirl in the sky. The veil is lifted, and the weight of everything you’ve done comes crashing down with the city you worked so hard to build. The clothes in those stores were manufactured in sweatshops around the corner, which in turn received their supplies from pollution-producing cotton fields. The internet cafes distributed electronics that were made with plastic, and therefore, oil. The apartments were constructed on the graves of trees, driving out assorted wildlife in the process. 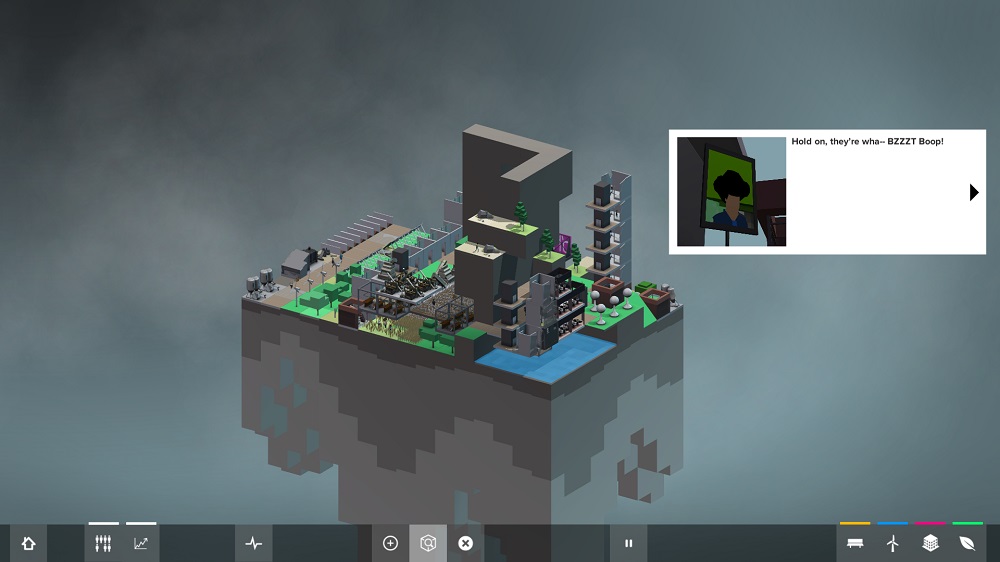 By making sustainability a crucial factor, Block’hood takes the traditional city-building concept and turns it on its head. “Resources” like electricity and citizen happiness are still important, but end up being inextricably linked with the environmental impact of the ‘Hood. This is all introduced through a brief story mode that follows the development of a city, overseen by a boy and a talking boar. It’s short but effective, managing to unfurl its environmental message without coming across as heavy-handed. The boy and the boar also act as foils for one another, representing the dichotomous mindsets that one could approach Block’hood with. On the one hand, the boy gets swept up in the exciting developments of his metropolis, making its ultimate ruin a massive slap in the face. Meanwhile, the boar looks on from the sidelines, acutely aware of the ever-worsening situation, yet unable to do anything to stop it.

After learning about ways in which the ‘Hood can be made more sustainable, attempting to keep everything in balance becomes an addictive game in and of itself. I needed more electricity, so I built more windmills. Then I needed more money, so I built more businesses. Then I needed more ways to deal with the pollution, so I planted more trees. It goes on and on, and manages to stay visually interesting thanks to the verticality of the cities. While the controls can take some practice to get the hang of, within a couple of hours, I was happily stacking apartments into complex, multi-tiered living spaces. I ended up losing track of time, getting completely stuck in a “just one more building” mindset. 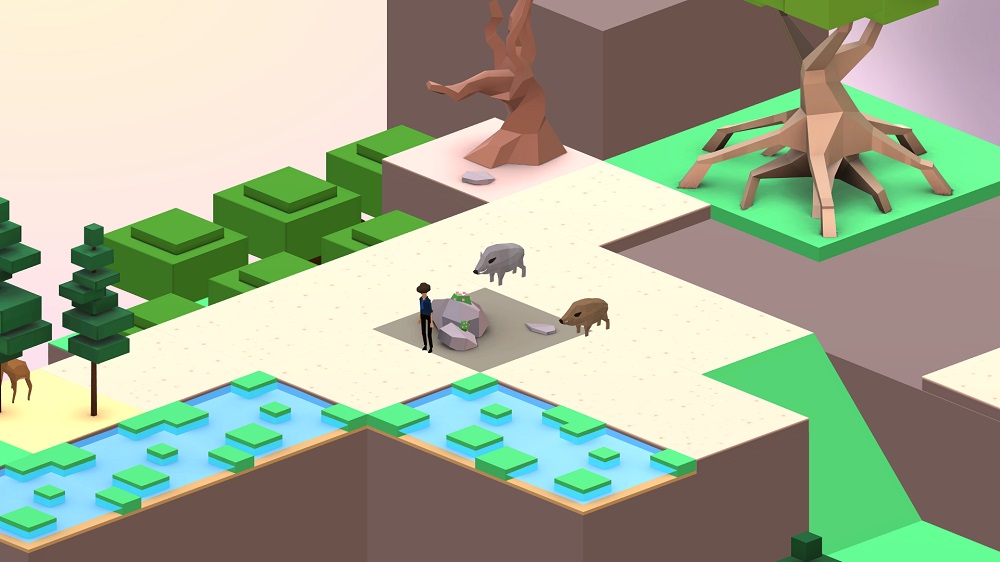 Unfortunately, this addictiveness is somewhat marred by a host of technical issues. I’ve dealt with various bugs, ranging from clipping issues to full-on crashes. There were even times where the arrows to progress dialogue in the story would disappear, forcing me to start over. Hell, even the save function wasn’t working, with the menu option greyed out despite the game claiming that I could use it at any time. It’s an unpleasant blot on an otherwise pristine package.

Despite this, I’m going to keep playing Block’hood. I have one story mission to complete (thanks to a crash as I was getting close to the end), and then it’s on to more freeform constructions. Aside from the bugs, I love everything about it, and it may end up being my gateway drug into the city-building genre as a whole. For a game that just came out of Early Access, it feels like it could have benefited from a bit more time in the oven, but hopefully such issues will be ironed out soon. I’d love for Block’hood to be just as long-lasting as the cities it encourages you to build.