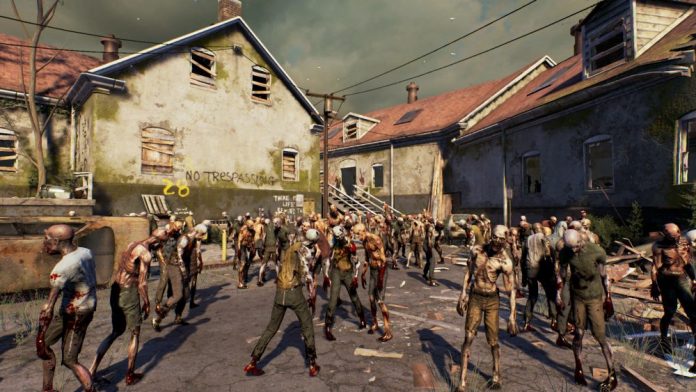 Dead Alliance from Maximum Games feels a little like a hard sell considering it features two things that are currently at a saturation point in video games: first person shooters and zombies.

Even as a fan of both, I’d normally be hard-pressed to care much about a lesser-known title featuring these two well-worn genres. Surprisingly though, my hands-on time with Dead Alliance during E3 2017 showed promise and an interesting spin on both.

As a competitive shooter, Dead Alliance does something pretty interesting to set itself apart. While the gunplay is decidedly traditional and decent enough, it’s where the zombies come into play where the game really sets itself apart. You see, not only are you fighting zombies while trying to beat the other team, you can also use the zombies to your advantage in fun ways.

Using items called “ZMods”, you can turn the undead menace to your favour and unleash them on the opposing team. One such Zmod is the the P.A.M., a pheromone grenade that will turn any zombies in the blast radius against the nearest enemy. The more zombies caught in the blast, the more zombies you have at your disposal for a brief amount of time. Sending a parade of raging zombies into your enemy is great fun, especially in the close-quarters maps that don’t offer many routes for escape. 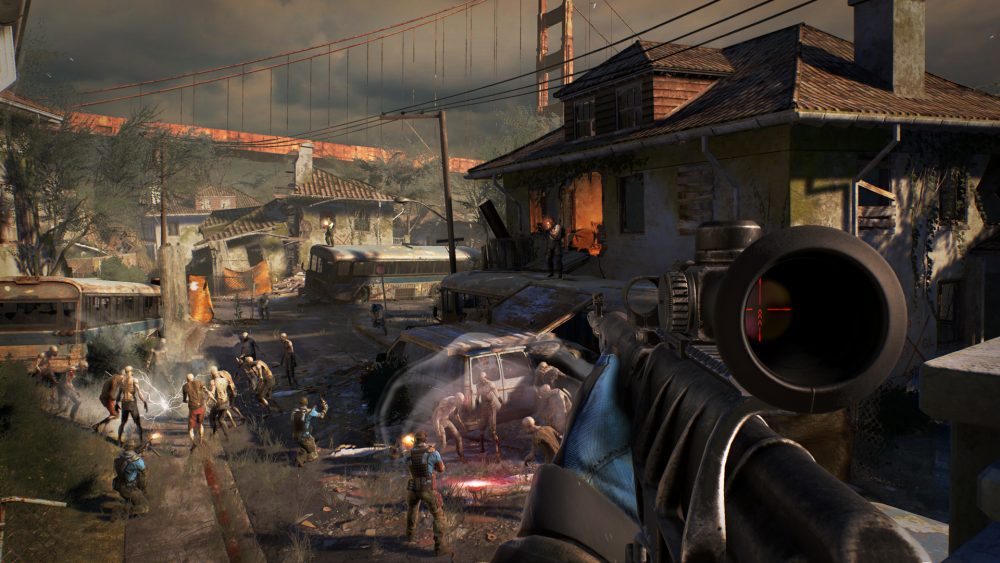 Dead Alliance allows you to be tactical too; for instance, you could use a Distractor to pull zombies towards a noise-making device and then lob a P.A.M. at the group. The distractor can also be used to clog a lane, forcing the enemy to either waste valuable ammunition on the zombies or find another path. Since there are capture and hold modes in the game, using the devices to keep enemies at bay with weaponised zombies is a viable and recommended tactic.

Other Zmods include the Hunter Grenade, which only targets one zombie but increases their strength and health. Lobbing one of these at the already-tougher zombies is sure to rack up some kills on your behalf and keep enemy players occupied while you capture or secure objectives.

While I was only able to see a handful of loadouts during my hands-on with Dead Alliance, there are classes you can choose that will either offer up speed at the expense of health or tank-like characters that will offer a ton of health at the expense of speed. There is, of course, a middle ground that offers a compromise of both. If I had any real concern about what I played it’s that it seems the game is taking the actual shooting mechanics seriously instead of doubling down on the fun, arcade-style elements such as the Zmods. Dead Alliance has such a goofy premise that I feel they could have gone the extra mile to set themselves apart.

It may not be the prettiest or most polished of games compared to larger AAA releases, but I feel like there is enough here for a good time with friends. I’m certainly going to be checking out the open beta in July.

Dead Alliance is set to release on PC and consoles on 29th August.