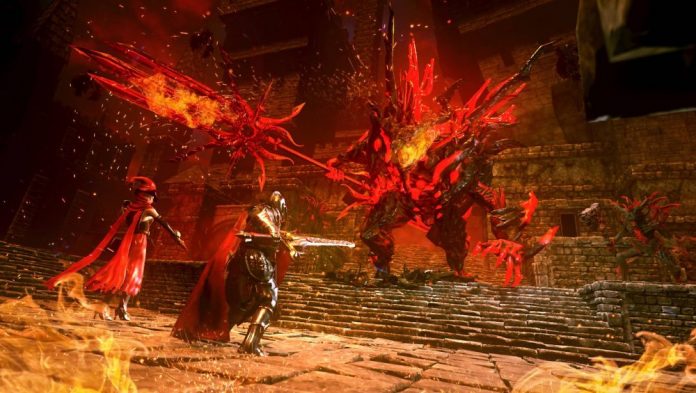 Upon loading it up, I was quickly greeted with clipping assets, overflowing lists that disappeared off-screen, a non-functioning character creator, and various spelling and grammar errors in pieces of menu and help text. Oh, I also couldn’t play the game; there were no multiplayer games available for me to join, and the “Create Game” function seemed to be broken.

The second attempt didn’t fare much better. After some of the more egregious issues (namely, the character creator problems and the ability to actually start a game) were sorted out, I was greeted with something that felt tiresome and monotonous more than anything. Enemies spawned in from multiple directions, leaving me quickly overwhelmed and resigned to defeat. It appeared it was going to be a bad time all around.

Thankfully, subsequent patches proved this to not be the case. 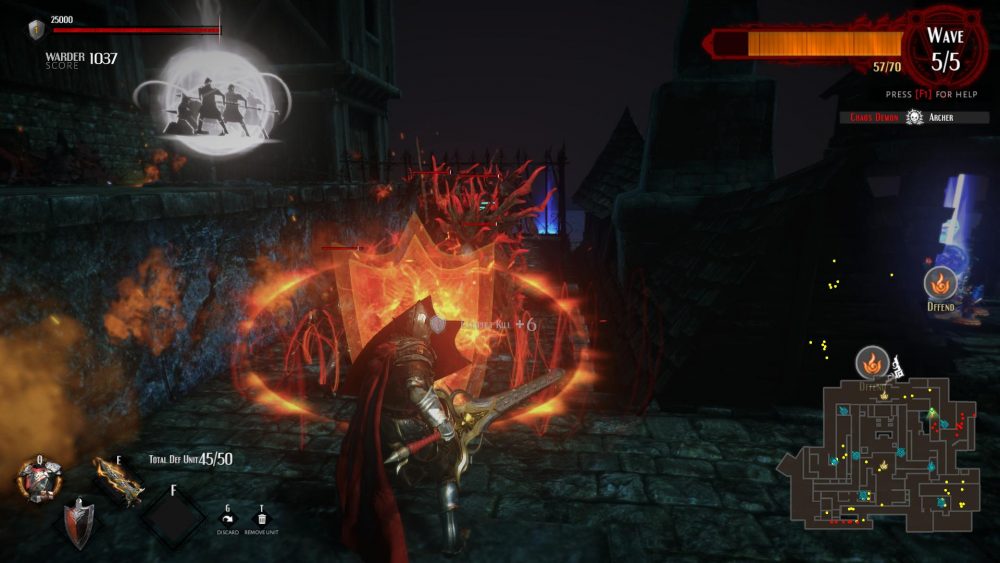 Hell Warders slots itself in next to games like Dungeon Defenders and Sanctum in the tower-defence genre. You take control of one of three warriors to fight off eight waves of enemies by constructing defensive towers and using your own weapons and abilities. There’s no context given for any of this, but then again, when a gang of crimson, spike-covered hell-spawn are trying to kill all your stuff, retaliating by turning them all into bloody giblets seems at least somewhat reasonable, right?

Character designs are one area in which Hell Warders has succeeded so far. All the models are impressively detailed, with enemies sporting some truly grotesque visages and playable characters all having a distinct look and feel to them. Blowing up demons or blasting them in the face with a shotgun results in a spray of viscera, lending some welcome weight to your actions. It adds enough feedback to make slashing through hordes of monsters a satisfyingly gruesome task.

Unfortunately, those visuals may be the source of a key issue with Hell Warders: performance problems. Being in early access, it’s entirely possible that these will be ironed out prior to release. However, as of the time of writing (on v0.3), I experienced regular framerate drops down to the 30s when there were large numbers of enemies on-screen. Even when this wasn’t happening, there seemed to be near-constant micro-stuttering going on, to the point where I was always surprised when the framerate was reported at 60.

The three characters slot into various standard archetypes: Ash is a knight who focuses on melee combat, Dead Eye wields ranged weaponry, and Samson III takes on a support-esque role, using explosive barrels and magic. Each has a standard attack, as well as a couple of abilities that function on cooldowns; the latter generally also offers some sort of crowd control. For instance, Dead Eye’s abilities include a brief attack speed buff and grenades that deal splash damage to enemies. Of the three, Samson quickly became a favourite of mine, since dropping explosive barrels and launching them into foes with magic blasts never got old. 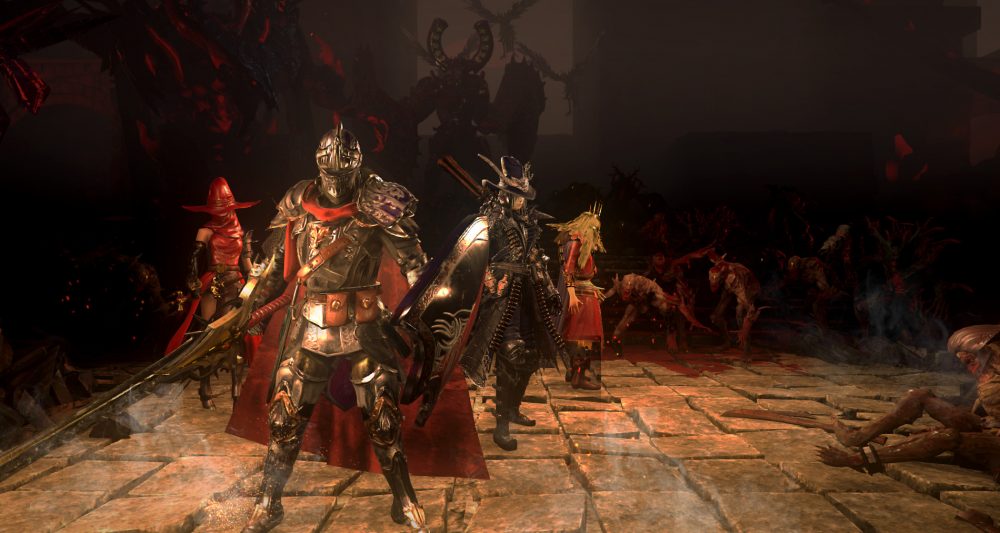 Ultimately, this means combat usually devolves into a spamming of basic attacks before throwing out special abilities once they’re off cooldown. However, the enemies have enough health to keep things challenging, without feeling too spongy. This does somewhat depend on the difficulty you’re playing on, though, as “Casual” has you carving enemies up like Christmas turkeys, while “Nightmare” makes even the lowliest of peons a fearsome challenge.

This difficulty spike seems to play into Hell Warders’ levelling system, which has heroes gaining experience after each battle (so long as you don’t die immediately) and unlocking various perks using a branching skill tree. It also obviously encourages you to get some friends together to take on the hordes, though it’s nice that Casual mode exists if nobody’s available.

Currently, there are four maps available, each with their own layout and hazards. Unfortunately, the hazards tended to detract from the experience far more than they added. One map features a massive dust tornado that periodically swirls through, sucking up any players nearby and instantly killing them. On another, lava pits cause instant death if so much as a pixel of your character touches them. Any screw-ups are punished with a ten second respawn timer, during which your character generally starts glitching through the floor before pinwheeling endlessly through the void below the map. Hopefully this will be swapped out with a spectator function (or something similar) in a future update.

At least there’s a good variety of units populating the maps. Of course, there are the demons and player characters, but there are also the units that can be built to defend the nexus. Everything from archers to pikemen to massive gargoyles are available to assist you, and it’s possible to use them to incorporate a variety of strategies. If you’re going solo, you can pile up defences around one or two paths, then defend the others on your own. With four players, each can set up some units at key chokepoints to provided extra covering fire while they launch their own assault. It’s just a shame that the enemies tend to only come out of one or two entrances at a time. While this can be convenient in single-player, it means that multiplayer games generally just involve everyone camping around one spawn point before moving on to the next one.

The state of Hell Warders is a bit unclear at the moment. Supposedly it’s in beta, but various enemies have an “Alpha Content” label above them to indicate their unfinished nature. Regardless, it seems to be coming along quite well, especially considering my early experiences with it. It may be worth waiting on it until some of the more bothersome performance issues are smoothed out, but keep an eye on Hell Warders; it just might turn into something special.