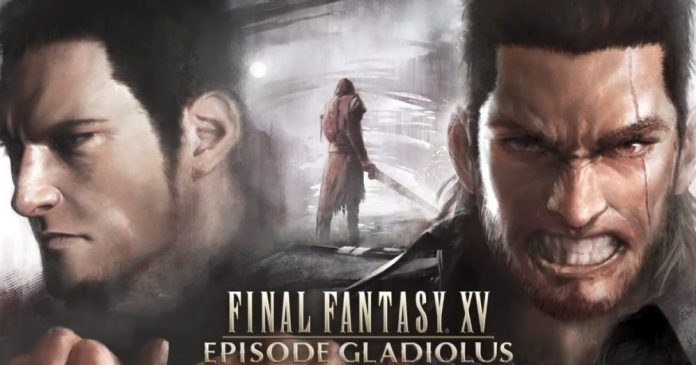 So far confirmed for Final Fantasy XV are three pieces of single-player DLC – one for each of your companions – and a final multiplayer-based DLC mode.

Episode Gladiolus marks the first of the three companion-based episodes, and takes us behind the scenes into what exactly Gladiolus was up to when he temporarily left the group during the main story.

Turns out, Gladiolus went to undertake the ‘Trial of Gilgamesh’. Gilgamesh is a master swordsman, and has placed trials in his dominion to test the mettle of those who wish to prove themselves worthy of his power. Gladiolus is left feeling inadequate for his role alongside the king, after being bettered by one of the main story’s bosses, so wishes to find the strength to better serve and protect Noctis.

One of the supporting characters from the main story returns, Cor. Without spoiling the history of Cor’s connection to the trial and the backstory to his nickname “Cor the Immortal”, we’ll just say that he assists Gladiolus in the trials ahead. Though Cor assists you, he can only do so outside of the three main trials, in regular enemy encounters. Any mini-bosses or trial moments that crop up are down to Gladiolus by himself.

In terms of gameplay, Gladiolus controls familiarly to Noctis. The only real change is how HP and your special attack is handled. While Noct teleports using his sword-arts, Gladiolus has four different special attacks depending on how far your arts bar has filled up. Your first special is a simple Earthquake-style move where you slam your sword into the ground. The second will allow you a spiralling-style slash move that hits over a wide area and can stun lesser enemies. The third allows you to use Tempest, which you’ll recall as Gladiolus’ special from the main game. Finally his fourth special unlocks after a mini-boss fight, and I won’t spoil that one for you! You also unlock an extra mini special to chain on top of that fourth special attack once you’ve beaten the DLC story mission once. 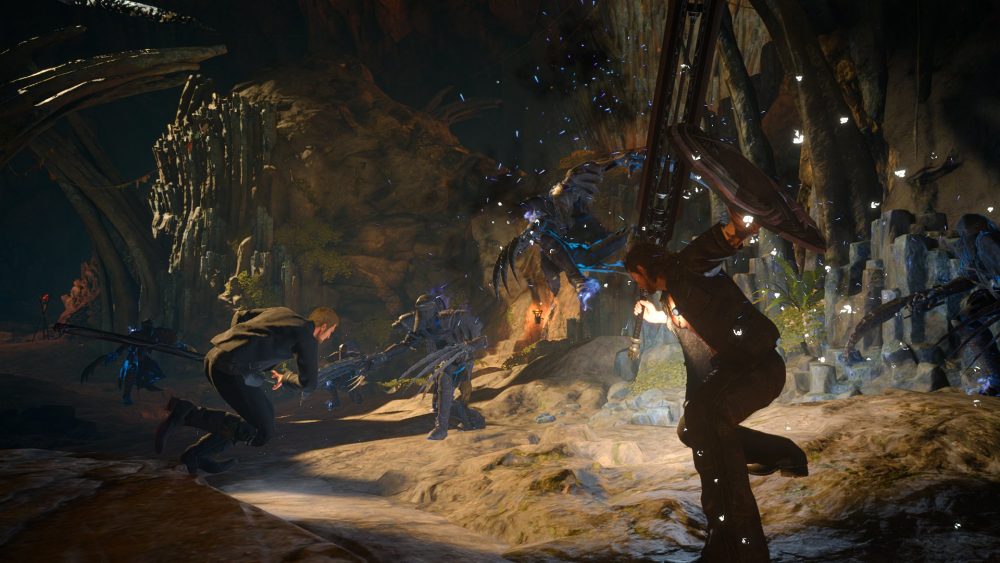 The combat is more hack-and-slash than the main game. Gladiolus doesn’t have regenerating health, and has to rely on potions and hi-potions to make it through. These are limited in supply, so don’t go thinking you can just use magic to heal up or have a free revive whenever you die. Building up your rage meter allows attacks to deal more damage, and Cor will assist you for most of the regular battles. The trials aren’t particularly hard, though it was strange to find out that one of the mini-boss fights pre-Gilgamesh is actually harder than the main Gilgamesh boss fight itself.

There’s more to discover during your exploration of the area, but you’ll have to wander off the beaten path to find anything worthwhile. Don’t expect any kind of puzzles or anything of the sort, but there are paths that branch off leading to more potions and Phoenix plumes.

For a first piece of DLC, Episode Gladiolus is fairly engaging, despite its very short running time; providing you don’t have too much trouble with any of the fights, there’s only around an hour’s worth of content here. You can get some backstory to Cor if you choose the affirming dialogue options, otherwise it’s a fairly straightforward and narrow DLC that just has you fighting your way to a main boss fight. You get some goodies for your troubles, and some rewards for when you return to the main story. You’ll also get a new outfit for Gladiolus – in which he’s topless, if you like that kind of thing – if you return to complete a further challenge post-completion. It’ll be nice if all of the episodes provide a character-specific reward for the story mode upon completion, both extra costumes and a new weapon.

If you’re not bothered about extra loot or costumes, then Episode Gladiolus might not be that worthwhile. But if you’re a fan who was invested in Final Fantasy XV‘s main story, finding out what happened to Gladiolus and learning where he got his scar from is a very welcome addition. Then again, if you’re die-hard fan like I am,then you don’t need our review to tell you whether you should buy it or not!

Final Fantasy XV: Episode Gladiolus is available on PS4 and Xbox One. We reviewed the PS4 version.