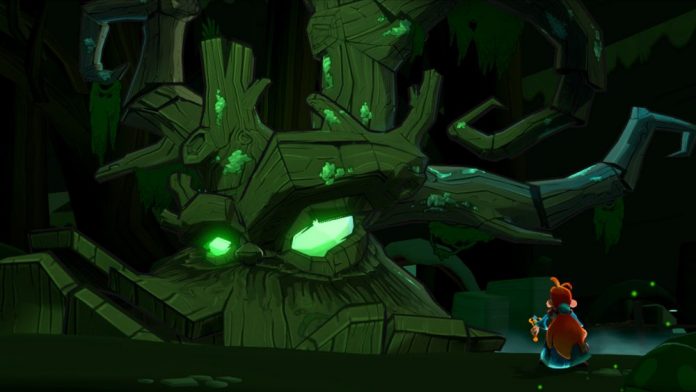 How many games have promised that you can make, or at least heavily customise, your own skills? Quite a number, I’d wager.

Out of those, how many do you think have actually followed through, or at least made an attempt that feels sincere? Probably very few. Thankfully, Mages of Mystralia isn’t one of those titles that overpromises and underdelivers.

Placing you in control of a young girl named Zia, Mages of Mystralia lets you enter a world in which magic is forbidden due to someone being a bit naughty with it a long time ago. That’s unfortunate for Zia, as she’s one of the few that has the innate ability to use it. Outcast from her sleepy hometown, she’s coerced to use her powers for good rather fall into a deep depression by a stranger, and so her journey begins. And what a journey it turns out to be.

Mages of Mystalia’s huge selling point is that you can design your own spells. It’s a feature that, on paper, an experienced gamer like me just had to raise an eyebrow at. It only took a couple of hours of gameplay, however, to make me realise that I was going to have to eat some humble pie.

Zia is blessed with four spell types, each one mapped to a button or key much like in games such as Diablo. While each type has a fancy sounding name, they basically boil down to what you’d expect: melee, ranged, support and defence. So far, so underwhelming, right? But it’s when you start finding spell modifiers that everything starts opening up and being much more interesting. 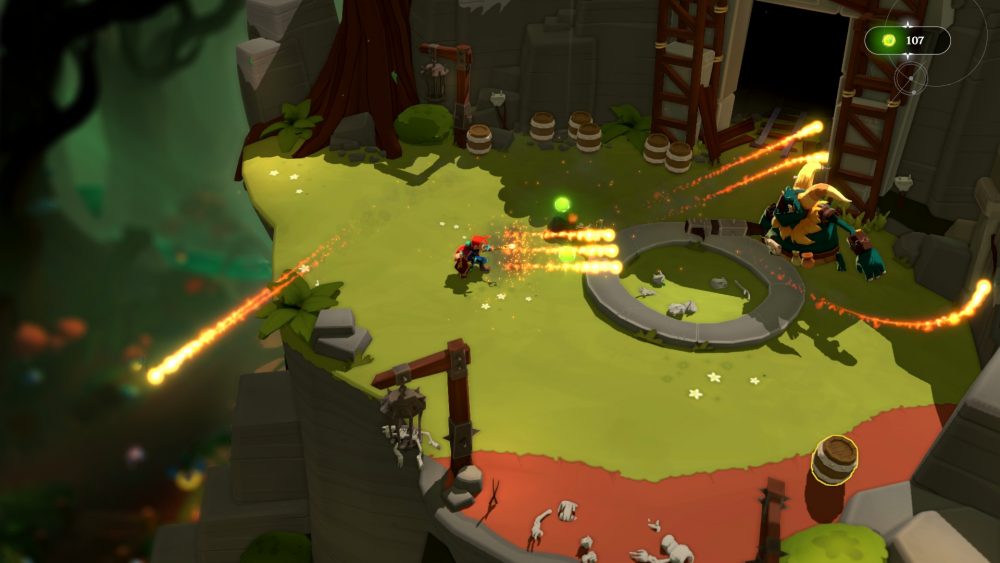 By adding movement to a ball of flame you can create a fireball. Or if you’d rather dash out of the way of enemy attacks rather than put up a shield you can modify you defence magic with it. And that’s just the beginning of what’s to come. Over time, you gain the ability to change elements, add supplemental effects and even chain spells together to create combos. With so many modifiers on offer, your spells do begin to feel very much like your own, and it makes playing Mages of Mystralia simply wonderful.

It’s not just the spell designing system that makes Mages of Mystralia such a joy to play though; it’s everything around it too. The bright, cartoony graphics are a feast for the eyes, the rousing orchestral soundtrack a treat for the ears, and the gameplay has a welcomingly old-school action-RPG feel to it. In between fending off packs of goblins and other angry creatures, you’ll be combating giant bosses complete with set attack patterns. Puzzles will halt your progress, but you’ll solve them both with and without the aid of your magic. And no adventure game would be complete without many a sidequest to embark upon, of which there are plenty.

I can honestly say that Mages of Mystralia has blown me away with just how well put together it is. The only thing that has disappointed me a little about it is that its dialogue isn’t voiced, but to be honest, I don’t really care too much. Borealys Games, the developer of Mages of Mystralia, has really created something special here in my eyes, and it deserves to be played; if not for its spell designing system that truly is extensive, then just for the sheer joy of a hearty and extremely enjoyable unadulterated adventure.

Mages of Mystralia is available on PC and PS4. We reviewed the PC version.