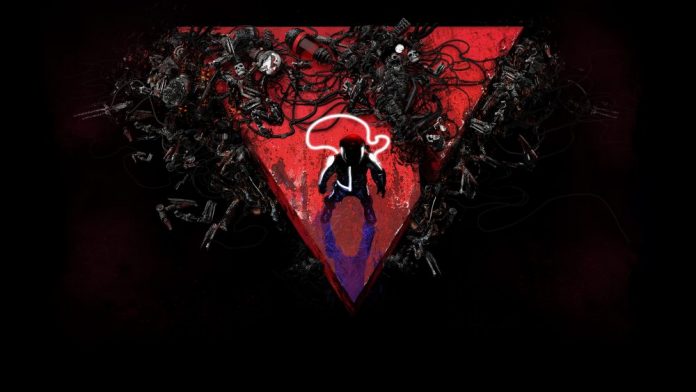 Out today, Nex Machina is the newest top-down shooter from Housemarque. Fast-paced, frantic and absolutely brilliant, it’s one you definitely want to pick up.

It’s easy to play, but hard to master thanks to its difficulty levels and furious and unforgiving enemies. If you want to git gud at the game – and of course you do – we’ve got a few tips to help you on your way.

Seriously, however good you are at bullet hell games, do yourself a favour and play Nex Machina for the first time on Rookie difficulty. The easiest of four difficulties, it’ll still pose enough of a challenge for the vast majority of gamers. This isn’t the sort of game you’ll only want to play once anyway; Nex Machina is clearly designed with multiple playthroughs in mind. Starting out on Rookie means you’ll get a feel for what the game is going to throw at you, you’ll learn enemy attack patterns and familiarise yourself with level layouts. It’ll help you greatly when you play again, trust us. 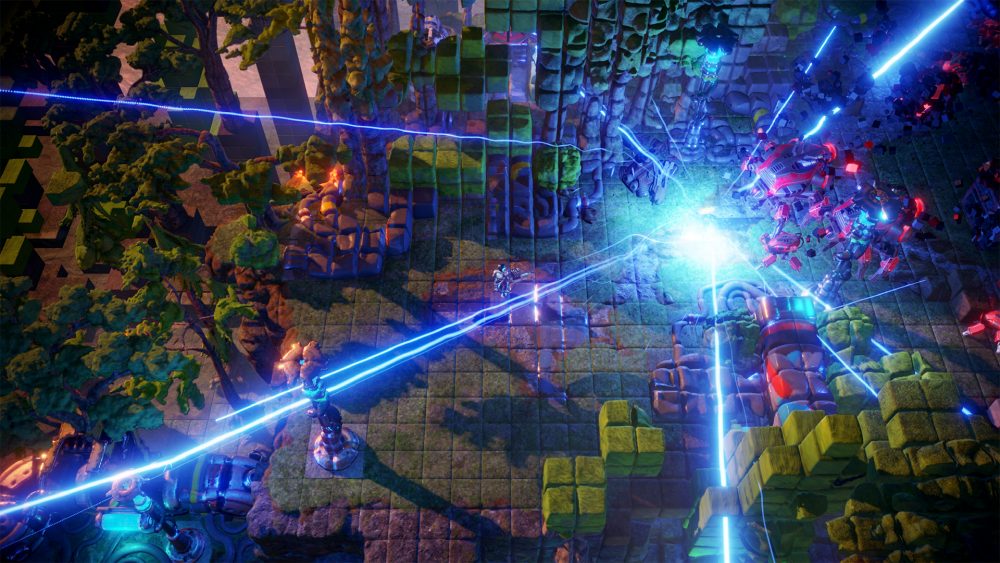 The sixth world is only unlocked on harder difficulties

While Rookie is the best place to start, you’ll only get to experience the sixth world of Nex Machina after you’ve played through the previous five worlds on Experienced or above difficulty. It also means the final boss isn’t available on the easiest difficulty, so if you want to see everything the game has to throw at you, make sure you do build up the courage to face it on a harder difficulty level.

Your dash skill is your best friend

While you’ll pick up a wealth of other skills and upgrades as you play through Nex Machina, aside from your standard attack, only one remains constant, and that’s the dash skill. You’ll need to use this almost constantly to master each level, especially later on in the game and at higher difficulties. The dash has a recharge, so you’ll need to use it sparingly yet wisely in order to dodge incoming attacks. It’ll let you dash through laser beams that’ll otherwise destroy you, and it’s often your only saving grace when you end up being cornered by a group of enemies that have just spawned right in front of you. 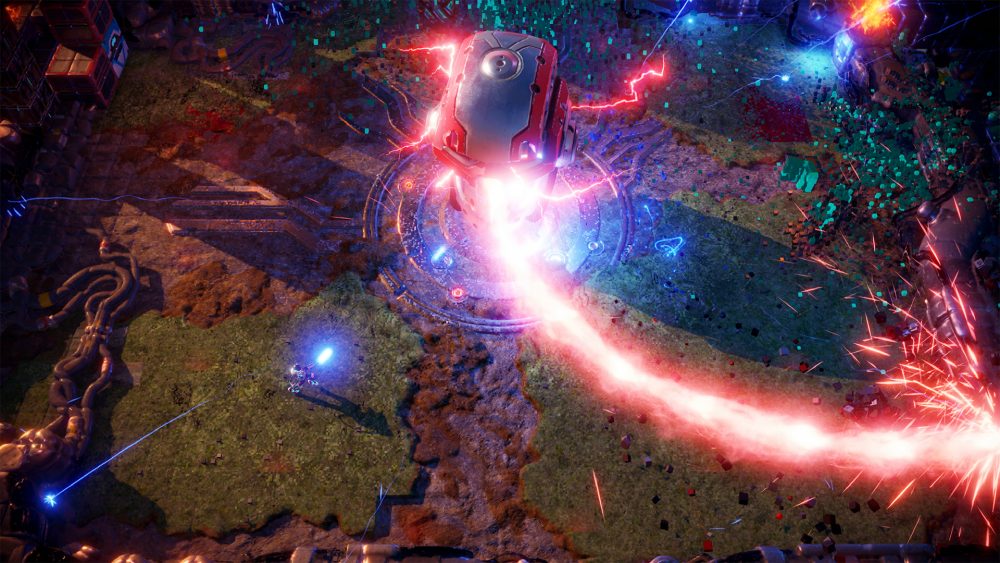 The order that you take out enemies will greatly impact your success. Most levels have some kind of laser-firing enemy, or one that spews a spiral of bullets. Try to take these out as soon as you can, as it’ll make moving around the level much easier once they’re gone. Killing enemies in the right order can be the make or break of your success.

Grab power-ups whenever you see them

Most levels in Nex Machina will grant you power-ups, whether it be in the form of a secondary weapon, additional dash power or a shield. Pick them up whenever you see them. Some power-up drops will cycle through a number of weapons, so it’s worth biding your time and grabbing it when it’s on most powerful one – not all power-ups are made equal. You’ll probably find your own favourites as you play through, but the laser is one of the most powerful, cutting through numerous enemies at once. A powerful secondary weapon can also drastically help your chances when facing a boss.