Dash at the end of each level for a score bonus

If you’re chasing for a high score, you’ll probably want to save as many humans as you can. But until you’ve truly mastered each level, don’t worry too much about getting each of those pesky humans. Sure, they increase your score, but sometimes they’re in such awkward positions that you’ll only endanger yourself in trying to pick them up – and your survival is most important. 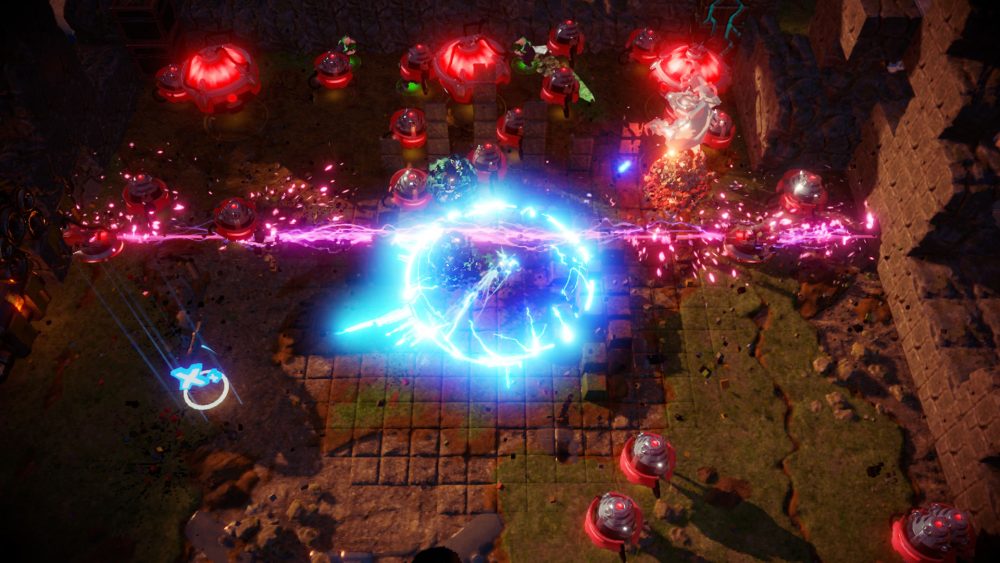 Look out for special enemies

Along with the myriad of regular enemies stuffed into every level of Nex Machina, each world also has a number of special enemies that pop up in random levels. There are snake-like ‘Visitors’ that chain through levels and often hang around the outside, and there are also green beetle-like enemies that scuttle offscreen pretty quickly. If you kill any special enemy type, you’ll get a nice bonus to your score. If you manage to get all of them – which is much easier said than done – you’ll get a massive points boost.

Each level of Nex Machina is packed with blocks and objects in the environment that you can shoot to destroy. It pays to shoot as much as you can. One, it’ll make traversing some levels much easier, and quite often, you’ll find pick-ups hidden in some of the blocks. Every world also has a number of hidden humans, and these are often found by destroying walls of blocks. 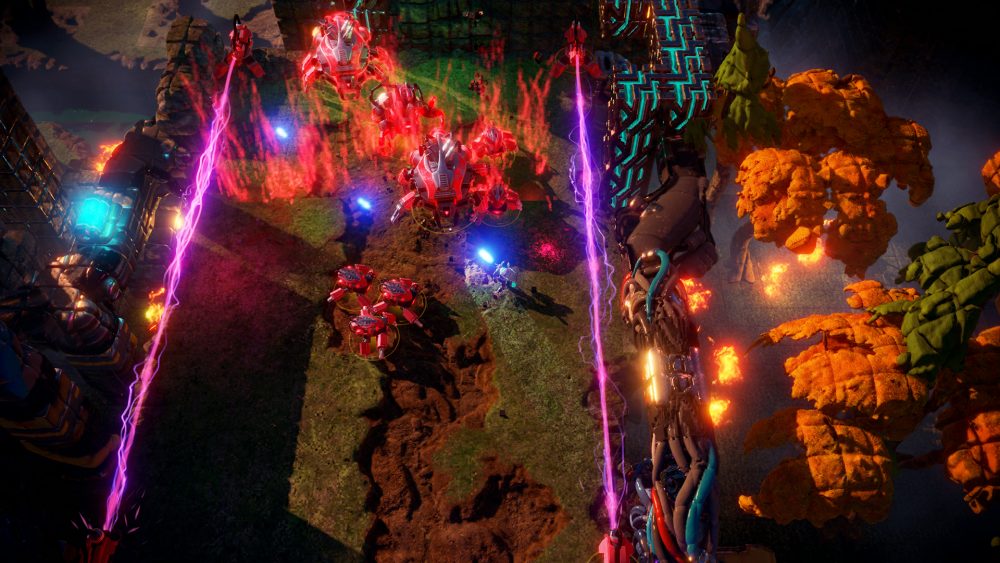 Customise your character and your bullets

If you access the Profile menu from the main menu screen, you’ll get a host of options that’ll allow you to change your profile picture, customise your character and assign a custom colour to your bullet spray. This all requires credits though, which can only be earned through playing Arena mode, so if you want to unlock new costumes, you’ll have to put in a bit of time there first.

Stick together if playing in local co-op

Nex Machina is bloody awesome when you’re playing in local co-op, but it can be even harder to keep up with the action than it is by yourself. If you and your buddy get too far away from each other, the camera pans out to fit both of you on screen, which can make it harder to distinguish where you are and where all those bullets are coming from. Sticking close to each other and dealing with the same group of enemies at any one time will greatly improve your chances of emerging victorious.