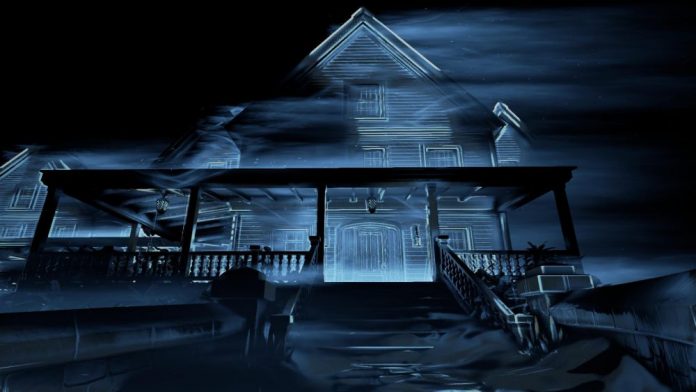 Formed by veterans of the gaming industry who’ve previously worked on titles such as Bioshock, Dead Space and Rock Band, The Deep End Games have presented us with something unusual as their introduction onto the independent game development scene.

In Perception, you don’t play as a butch, gun-toting man. In fact, you don’t have any weapons at all. You’re also not trying to bring down an oppressive regime or stop an ancient evil that threatens the safety of the whole world. No, Perception‘s story is smaller, and much more personal. Placing you in the shoes of a blind girl named Cassandra, it’s a story about overcoming problems in the face of adversity. And it’s also a story about self-discovery.

Plagued by nightmares, Perception opens with Cassandra making her way to a creepy house that seems to be the focus of them, unsure as to what to expect. Headstrong, she’s made the journey all alone and is seemingly hesitant to accept help, even when she finds that the house may hold a dark presence that threatens her survival. Determined to put her nightmares to rest however, she takes it upon herself to try and unravel the mysteries held by the house, and the generations of families who have lived there.

Being blind, Cassandra uses echolocation to find her way around. In a quiet room, everything will be pitch black, but hitting a button to make her tap her stick temporarily shows the immediate environment, albeit in limited colour. Already you get an idea of the challenge that lies ahead. Without being able to see what’s a foot or so ahead of you, never mind across the room, every step you take is tentative unless you’re constantly tapping your stick. But you can’t do that, unfortunately. As you progress further into Perception, an entity referred to as “The Presence” makes itself known, which you must avoid at all costs. The trouble is, it’s drawn to sound, so your tapping draws it to you. If you catch its attention, the only thing left for you to do is quickly find a place to hide, and perhaps activate a noise-emitting device nearby to draw its attention away from you. 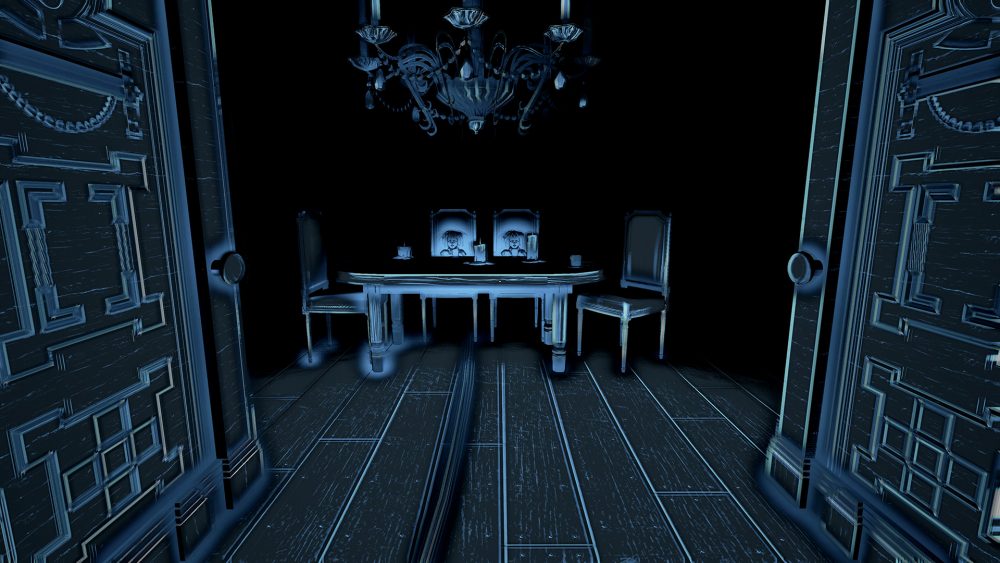 Positioning itself as a horror game, Perception‘s problem is that it’s not at all scary. The narrative device of Cassandra’s blindness may be unique, but it doesn’t add anything to the experience other than frustration. If you’re running away from a threat – which happens fairly often throughout the game’s three-hour playing time – it’s almost impossible to know if you’re heading in the right direction. Tapping your stick isn’t very useful either when you’re travelling at speed; all it does is alert “The Presence” of your whereabouts. If you’re caught, there’s no real penalty other than being taken back to a specific part of the house, left to your own devices to try again. It has little effect other than making you lose your bearings a little, taking you a few minutes to work out where you are and where you need to head back to in order to resume the task at hand.

Given Cassandra’s blindness, navigation plays a big part in Perception. Each of the game’s four chapters take place in and around the same house, but each time the house changes to offer new scenery and routes for you to explore. It doesn’t do a great deal to make the action any more interesting though. It doesn’t help that a lot of the time you won’t really know what your current goal is. A press of a button on your controller will highlight the next place you need to go, but you’ll rarely know why you need to head there, which doesn’t really make for an immersive experience. I spent a lot of time in Perception unthinkingly chasing checkpoints, with little in the way of excitement or challenge inbetween.

It’s quite a shame too, because Perception‘s narrative itself is actually quite enjoyable – even considering the game’s markedly average voice acting. Each of the four chapters tells the story of a different family, each having lived in the house at some point in time. As you progress through the game, you’ll begin to uncover how each story ties together, and it’s interesting enough to spur you through to the end. Had the gameplay been a little more varied, and the horror elements more psychological, Perception could have been something far more interesting to play.

As I mentioned previously, you will complete Perception in around three hours. And unless you’re really into hoarding collectibles – which weren’t particularly much fun to find given Perception‘s obstacles at making your way around – there’s very little reason to go back. In the end, Perception has a great idea at its core, but its execution unfortunately lets it down. The gameplay falls into a repetitive loop of heading to marker after marker, and the few horror elements that should have been keeping you on the edge of your seat end up being nothing more than a nuisance. Despite its originality, Perception is only worth a look for those who can see past its shortcomings in pursuit of a fairly compelling narrative.

Perception is available now on PlayStation 4, Xbox One and PC. We reviewed the Xbox One version.