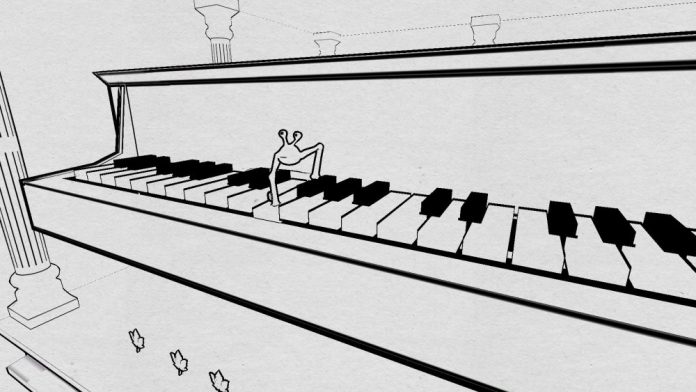 In space, nobody can hear you play volleyball.

For a while it seemed like local multiplayer games were going the way of the dinosaurs, but they’ve hit quite the resurgence over the past few years. Enter Perfect Universe, a uniquely gorgeous sketchbook-styled game revolving around gravity-based puzzles that released on PS4 and PC last year. Offering both single-player and up to 4-player multiplayer mini-games, it strives to cater to all sizes of crowds.

Single-player comes in the form of three different modes – Perfect Moon, Moon Life, and Starlight. In Perfect Moon, the player controls a human by moving, jumping, and gliding to gather collectibles in the fastest amount of time. Different environments pose new challenges as the player spins upside down and sideways to traverse different gravitational fields. Moon Life and Starlight follow the similar speedy collecting premise, but instead have the player navigating as an alien and rocket ship, respectively. The appropriately named alien, Mr. Legs, moves by assigning a leg to each of the DualShock controller’s thumb sticks. The rocket ship operates similar to the ship in the classic Asteroids, where movement involves rotating the ship and engaging thrust to move forward.

Each of these three single-player mode serve as introductions to the different control styles used in multiplayer, which come in the form of six different modes resembling sports games. From two-dimensional golf and volleyball to popping balloons as Mr. Legs, each game serves as a familiar, yet quirky experience, with the floaty gravity-based elements providing enough change to give Perfect Universe its charm. While some minigames may be more of a hit than others within your specific friend group, it’s worth trying each one at least a few times to see what ends up being a hit with your specific friend group. Personally, I wasn’t the biggest fan of navigating as Mr. Legs, but I thoroughly enjoyed Moon Golf and the hectic nature of Space Race, where I continually bumped into walls and other opponents’ rocket ships as I hurried to the finish line. 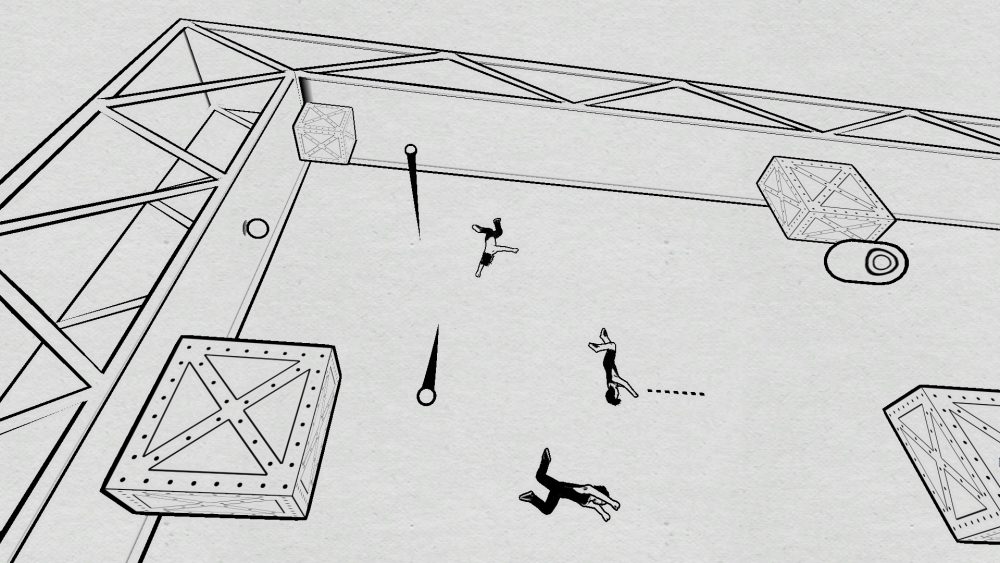 What’s probably most disappointing about Perfect Universe is that six mini-games just doesn’t feel like enough. While the games included are enjoyable for the most part, having a larger number of games would have allowed the player greater variety, preventing each game from becoming stale so soon. As I played with a friend, it didn’t take much longer than an hour or two to leave us feeling like we had seen everything needing to be seen from Perfect Universe, and that was mildly disappointing. Granted, after some time I’m sure I’ll come back for another round, perhaps with a different batch of friends who have yet to encounter the game’s peculiar allure.

Do I expect that I’ll be playing Perfect Universe with friends for years to come? No, far from it. There are too few modes to have the staying power of other more addictive party games. That being said, it’s a charming little multiplayer romp that is sure to bring out a few good laughs with friends as you’re navigating gravitational fields and joyously fumbling with the intentionally floaty controls. What is included is well made, and might be what you’re looking for if you want a simple, fun party game for an evening with friends.