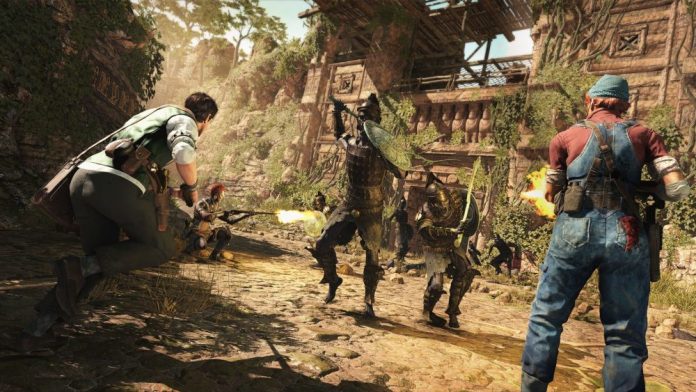 The UK development studio behind the Sniper Elite series and the Zombie Army Trilogy has today unveiled its next title, Strange Brigade, which will take you back to the 1930s to fight a resurrected Egyptian witch queen. Standard stuff.

A third-person co-op shooter for up to four players, Strange Brigade will have you knee deep in action as you fend off all manner of mythological nasties in the remote corners of the British Empire. We’re guessing it plays a lot like Zombie Army Trilogy but with more enemy variety, more colour and simply more fun. Or so we hope. The four explorers available for you to play as each feature their own weapons, tactics and special powers, and it seems like you’ll need to make effective use of them if you want to survive long enough to make it home for a spot of tea.

“Coming soon” to Xbox One, PlayStation 4 and PC, more information about Strange Brigade will be released during E3. Until then, we recommend that you watch the reveal trailer for the game below. It looks rather smashing if you ask us!