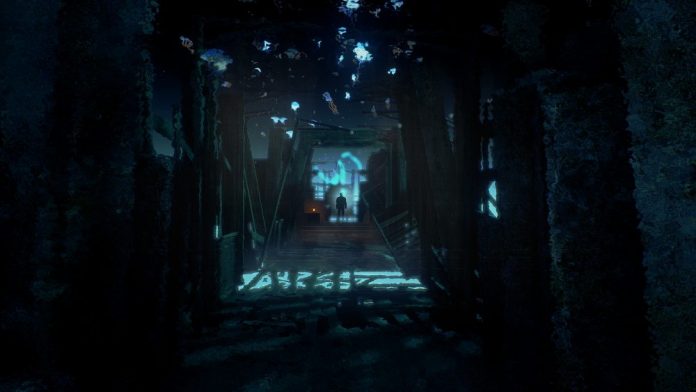 Click here if you’d prefer to watch the video review.

Inspired by H.P. Lovecraft’s novella, “At the Mountains of Madness”, Zoetrope Interactive’s Conarium is a game that rides on its atmosphere.

It’s not really a horror game, but there’s a sense of dread that’s sustained throughout its sub-five hour running time, making every step you take one that’s filled with apprehension. It’s a shame then, that when your character, Frank Gilman, opens his mouth to emit words, it all falls flat until he shuts up again. The boring, uncaring and monotonous delivery of his lines betrays the illusion of his plight.

Starting with you awakening in a room to the sound of a pulsating device, Conarium is a laid-back adventure that has you questioning the world around you right from the very start. Wondering how you ended up in your predicament, you begin to explore the Antarctic base you’ve found yourself in, and quickly begin to experience strange visions. Eventually, working out what’s just a figment of your imagination and what’s reality becomes a tricky task.

Gameplay-wise you’re eased in gently. For the first hour or so not much happens and the puzzles are very light. As you progress and find yourself getting deeper into what seems to be a horrifying madness however, the puzzles become more fiendish. In fact, towards the end of the game, one or two puzzles felt perhaps a little too obscure for my liking. With little in the way of clues to nudge me in the right direction, I solved them with a combination of intuition and dogged determination.

For the most part, making headway in Conarium felt like a rewarding process though. The satisfaction of solving a good old-fashioned puzzle never disappoints, and each location I visited was generally more visually interesting than the last. From underground caverns to strange otherworldly ruins, Conarium pulls out all the stops to get you to take your time and simply enjoy the scenery, and it’s something that I recommend you do if you do pick it up.

Aside from the terrible voice acting, the audio is well crafted too. There’s a great mix of environmental effects and a subtle, tension building soundtrack, keeping you on the edge of your seat as you seek out the items or clues required to progress.

While a single playthrough of Conarium will take you no more than five hours unless you get well and truly stuck, there are multiple endings to seek out as well as a wealth of “trophy” collectables. For a sub-£15 game that makes it pretty good value. It’s not a game that’s suitable for those that want constant action or in-your-face jump scares, but for the more cerebrally-inclined it offers an interesting story wrapped up within a slow-paced but visually enticing adventure.

Conarium is available now on PC. 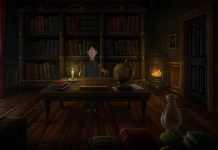 Explore the Mountains of Madness on PC this March