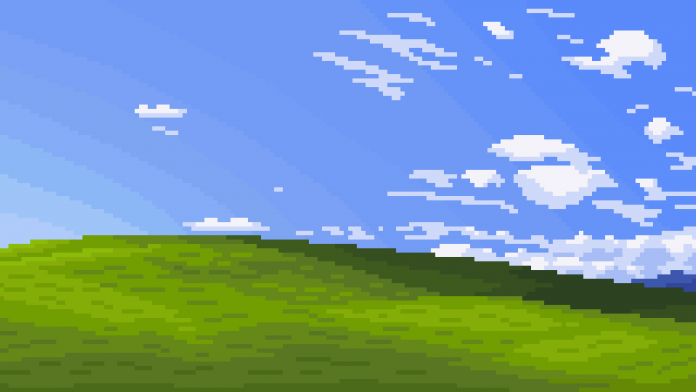 Playing through Emily is Away Too made me really anxious.

Not because it’s a bad game, nor because it’s particularly harrowing in any way, but because its simulation of chat conversations between teenagers in the mid-00s is so damn accurate. It took me right back to being fifteen or sixteen, recounting the many hundreds of hilarious, poignant and sometimes downright awkward conversations I’d had with my own friends over MSN Messenger.

Emily is Away Too is a follow-up to the free Emily is Away which released in 2015. Whereas Emily is Away spanned the time period from graduation to college, this is more of a prequel, set during your and Emily’s final year of highschool. There’s also a third character in the mix; Evelyn, who you’ll have separate conversations with alongside Emily. It’s a much richer experience than the first game, being much longer with a branching narrative and alternative endings to unlock. It also expands on internet culture at the time, incorporating ‘YouToob’ videos, ‘Facenook’ pages and memes that were popular back in the day. More than anything, it’s a massive nostalgia trip that anyone who spent their teenage years online will get a kick out of.

You start up Emily is Away Too by setting your name, your screenname and your avatar, effectively being whoever you want. While you can choose to be male or female, it doesn’t affect how the game plays out for you, but it can certainly affect how you read into situations and choose to react. For instance, on my first playthrough, I took on the role of a male, so my interactions with Emily and Evelyn leaned more towards being romantic and flirty – or at least, that was how I interpreted them to be. My second playthrough however, as a girl, meant I naturally opted for more friend-based options (although the game makes no bias – there are prompts to infer romantic interest regardless of your chosen gender).

I think Emily is Away Too‘s biggest problem is just how realistic the conversations are. They range from the mundane chit-chat about the music you currently like to discussing problems, and your player just happens to be the one that Evelyn and Emily want to spill their heart out to – if you let them. My natural inclination was to hear both of them out, letting them have a shoulder to cry on. The problem is, at times, the game doesn’t want you to be on equal footing with both girls. It wants you to somehow disappoint one of them, so while both girls are having separate crises in their own chat windows, you’re left with the heavy task of juggling both windows and trying to offer positive, affirming comments – all while the game gives you a very short timer in order to respond. If it times out before you’ve finished typing your response, you’ll be met with a snotty “are you even listening to me?”. If it happens again, you’ve pretty much ruined your friendship. Despite responding as quickly as I could, I failed with Emily, leaving her to sign out on me and blanking me during the next chapter. Sheesh.

See me play through chapter one of Emily is Away Too below:

While your real friends were (hopefully) more forgiving than that, it certainly evokes those feelings of having heart-to-hearts; trying your best to solve your best friend’s high-school drama, being very careful not to say or do anything wrong in fear of upsetting them somehow. Other scenes highlighted just how fickle high school friendships can be; how such petty information can be so important, how you can never really know who to trust, and how easily relationships can change by the flick of a switch.

At the tensest moments of Emily is Away Too, I did genuinely feel anxiety rising in my chest; trying my best to help two fictional characters who felt all-too-real and knowing I was probably destined to fail. Sure, unlike in real life, here you can just go back and retry if you don’t get the outcome you desired, but having to sit through some scenes again is a hard slog. Perhaps if I played through them again, being much more carefree and nonchalant it might be less stressful – but it’s my natural instinct to be nice, even in virtual situations, it would seem. I take my hat off to developer Kyle Seeley for being able to create such a realistic-feeling experience from something so simple, but just one that made me very glad my teenage years are well and truly a thing of the past.

If you enjoyed Emily is Away, you’ll surely revel in Emily is Away Too. The enrichments offered by adding in music videos and memes of the time make this a much more filled-out experience, as do the addition of file shares and social media profiles that’ll give you a deeper insight into the characters. It may touch a little too close to home at times for some, but it’s a worthwhile trip into your recent past regardless.

Emily is Away Too is available on PC.