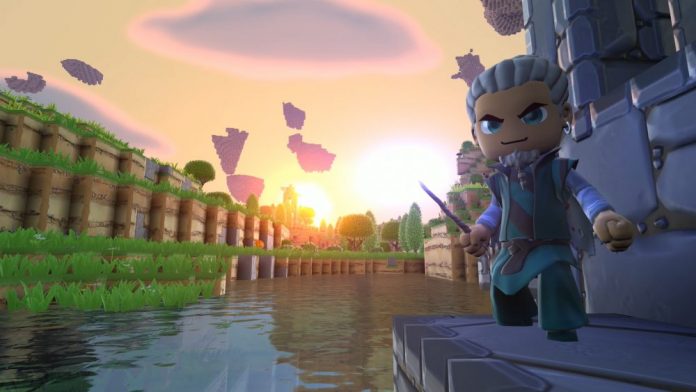 While I wasn’t privy to Portal Knights’ design process, I’d like to imagine that it began with earnest intentions.

That someone came up with the idea of a cutesy role-playing game which, while bearing a passing resemblance to the 3D Zelda games, had a charm all its own. And at that, had the process continued unabated, I’d now be giving Portal Knights a well-deserved thumbs up. However, I suspect that another individual stepped in, likely someone with a marketing background, and said: “How about we try to get our hands on some of that Minecraft money?”

Things went downhill from there.

The above scenario is the only explanation I can think of as to why Portal Knights has ended up as such a middling mishmash of block-building and RPG elements. The game starts off on a high note as you’re regaled with a tale of a fractured realm whose lands can be only reunited through your efforts. You’re then whisked away to the character creation screen which not only introduces you to the game’s charming visual style but also lets you tweak your character’s appearance to the nth degree.

True, you’re still forced to choose one of three classes (mage, warrior or ranger) but the game doesn’t restrict appearance options to a specific gender; you can daub lipstick on your burly male warrior or give your female mage a moustache. It’s unclear whether this was a conscious decision on the part of Keen Games, the team behind Portal Knights, or whether it was just easier to program the game that way. But it’s nevertheless refreshing to be able to blend gender options and it enabled me to loose my own custom character, Lady Muttonchops, upon the world.

Once you step into your first level, of which there are 47, you’ll spend a good couple of minutes gawping at the scenery; Portal Knights’ diverse landscapes are certainly eye-catching, particularly when you behold the game’s night and day cycle. You’ll cast your eyes upon the enemies that inhabit each realm who also manage to be menacing without shedding their cutesy aesthetic. And, sword, staff or bow in hand, you’ll be ready for a grand adventure. But this adventure never materialises; Portal Knights is more grind than grand, eschewing any real storyline or character interaction in favour of having you randomly hack away at the landscape and its inhabitants to make progress. 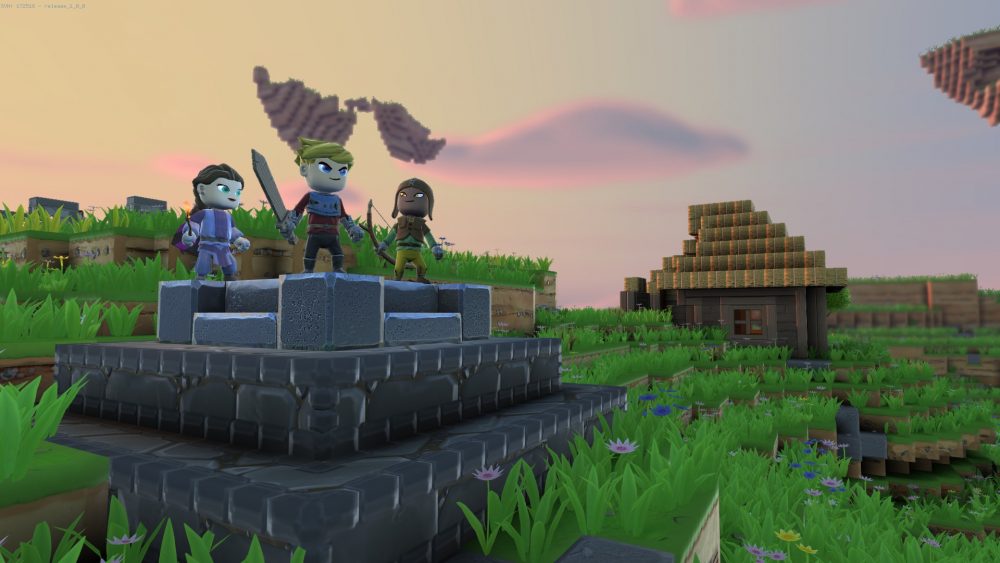 In order to access each of the levels you have to gather portal fragments and craft “portal stones” which will power up the exit; typically sixteen fragments are required. Acquiring these fragments is down to sheer luck; they mostly appear when you kill a monster yet there’s no indication which monsters are bearing fragments. So you’re left roaming the landscape slaughtering enemies until you’ve acquired enough pieces. You’ll soon be wishing you could discard your official title of “Portal Knight” and do something more interesting instead, like milking cows or knitting sweaters. For cows. Cow sweaters.

Nor is combat a complex or engaging affair. It’s a a matter of hacking away at an enemy, dodging occasionally when they throw a projectile or charge at you, with no real scope for tactics. The occasional boss monster encounter does little to spice things up, and the plot is barely spoken of again. You do occasionally run into other characters, who will give you quests which involve.. wait for it… collecting things. Which in turn, means more hacking away at monsters at the landscape. If it wasn’t for the ability to level up your character, which requires you to engage in further grinding, this wouldn’t even qualify as an RPG.

I freely admit that I’m not the world’s biggest Minecraft fan, though I did enjoy the tower defence aspect of Mojang’s block-building game; an aspect which is absent from this game since foes rarely actively seek you out over any real distance. Your enemies can in fact be stupifyingly idiotic, some ignoring your attacks altogether. Could it perhaps be that Portal Knights will appeal to you more if you those who take pride in creating their own grand creations?

It’s true that Portal Knights does let you build your own domicile, equipping it with furniture and the like.The game does also rather optimistically, feature microtransactions which allow you to purchase additional items. You can get other friends involved through Portal Knights’ multiplayer mode, though there’s no quick-play option so you can’t just jump into a game. Yet it lacks a creative mode (which in Minecraft gives you unlimited resources) meaning that if you want to build something you have to hack away at the scenery and foes until you’ve gathered the required items. And there’s no compelling reason to do this in Portal Knights rather than just playing Minecraft.

Indeed, I might have concluded by saying something along the lines of “If you get a kick out of crafting, Portal Knights might appeal to you.” But given that the game is being sold at the same price point as Minecraft, there’s no compelling reason to choose this title over that; nor does the role-playing aspect elevate the game. Portal Knights deserves credit for attempting to blend two distinct genres and it’s not a total trainwreck; it just does so little to distinguish itself, resulting in an unrewarding title that doesn’t draw you in. While it’s certainly pretty, Portal Knights is otherwise so unremarkable that I can’t recommend it.

Portal Knights is available on PC, Xbox One and PS4. We reviewed the Xbox One version.