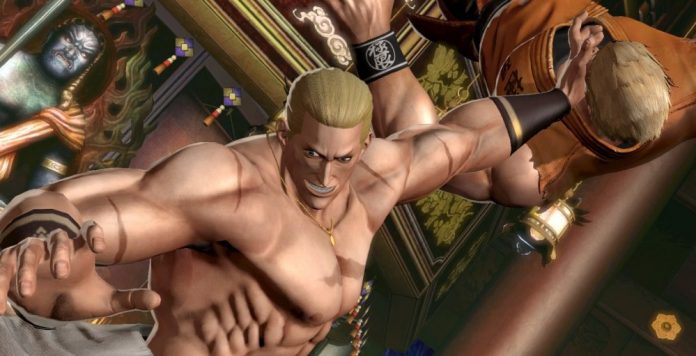 Released on PlayStation 4 last year to critical acclaim, The King of Fighters XIV didn’t get the attention it deserved from the general public.

Launching with 50 characters and over 20 stages, content-wise it put Street Fighter V to shame. It played just as well too, prioritising a smooth framerate and responsive gameplay over visual flair. Although the eye candy was enhanced some time after launch via a patch. But life just isn’t fair at times, and as a result, The King of Fighters XIV shifted around a fifth of the copies that Street Fighter V managed to put out. Now available on Steam in the form of The King of Fighters XIV Steam Edition however, hopefully it can win over a few more fans.

Whilst the name has been changed slightly, The King of Fighters XIV Steam Edition is essentially the same game as the PlayStation 4 version. It’s got all the same characters, stages, features and modes, with the only new additions of course being some visual options for you to tinker with. As ports go then, it’s a pretty basic one, but one that’s been pulled off well.

The King of Fighters XIV‘s roster of fighters has always been one of its strong points, and in this Steam Edition they’ve never looked better. On max settings, every one of the game’s pugilists are impressively detailed and wonderfully animated, truly bringing them to life. The stages don’t look too bad either, although they aren’t going to set your world on fire. The best thing though is that performance is rock solid, with no noticeable framerate drops or hiccups spoiling the fun. And load times are rather fast too. 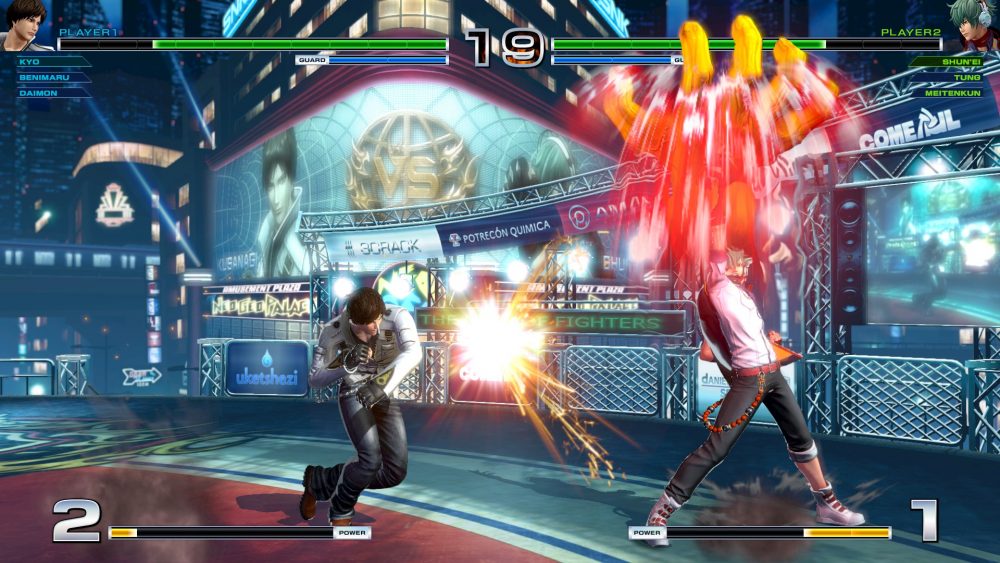 While everything is rendered in 3D, The King of Fighters XIV takes the gameplay back to its 2D roots. Battles are generally team-based, with you selecting three fighters to take into battle before assigning them an order. You then fight one-on-one, with the losing character being switched out with another team member until all three members of a team have been defeated. There’s no tagging-in your team members when you’re low on health allowed here, I’m afraid. Some modes, however, do let you engage in standard one-on-one action.

Online ranked matches and the game’s Story Mode are both three-on-three only, with online free matches and versus mode giving you the option. That leaves the game’s time attack, survival and multiple practice-based modes as being strictly one-on-one affairs. Unlike the recent trend of fighting game story modes being cinematic epics, The King of Fighters XIV just offers you a straight-up chain of 10 bouts, with a handful of story scenes thrown in that don’t change no matter which characters you choose. That may be a bit disappointing for some, but I didn’t particularly mind; I’d rather be fighting and enjoying myself than watching some cringeworthy video scenes for the nth time.

When it comes to the actual act of fighting, The King of Fighters XIV offers nearly unlimited fun. Taking the action back to its 2D roots is the best thing SNK and Abstraction Games could have ever done, as it plays wonderfully. Combat is fast and fluid and well balanced. Features such as Rush, which allows you to pull off extended flashy combos by mashing the light punch button, means it’s easy to pick up and play, but those who put in the time to master its advanced mechanics will find their efforts rewarded. Cancels, evasions, blowbacks and three types of supermoves can quickly turn the tide of battle in the right hands. It all makes for a game that’s accessible to all, but more rewarding for those who spend time discovering its intricacies.

On PlayStation 4 The King of Fighters XIV was impressive, and on PC it’s even more so. Being frank, I think it’s the best 2D fighter out there, all things considered. Some may balk at the price given that it’s not much more than a simple port, but there’s a lot of content here and it’s a hell of a lot of fun to play. So if you’re after a great-looking fighting game and have the courage to move away from the more well-known franchises such as Street Fighter and Tekken, The King of Fighters XIV Steam Edition will certainly not disappoint.

The King of Fighters XIV Steam Edition is available now. 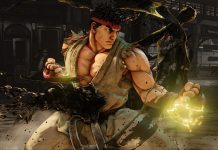 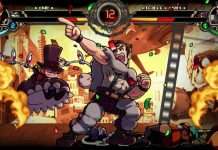