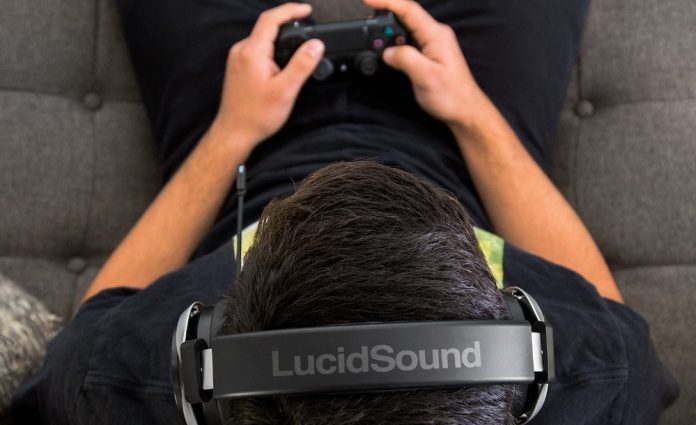 If you appreciate a good quality product, you probably can’t go far wrong with the LucidSound LS30 gaming headset.

A wireless headset for PlayStation and Xbox, the LS30 has been available for around a year and retails for £100. Sounds like a lot of money, sure, but you get what you pay for. Sitting nicely in a mid-range bracket – some headsets will set you back upwards of £250 – the LS30 has a fantastic premium build quality, sounds great, and comes in beautiful packaging.

Yes, I’m a sucker for nice packaging. Opening the outer box reveals a thick black folio-type box inside, with a cover that lifts over to reveal the headset. There’s a pocket for the instructions, and a hidden compartment storing all the cables and dongles. Even before you’ve put them anywhere near your head, the LucidSound LS30 screams high-end quality.

The box contains everything you need too. There’s a removable microphone, USB base station, 3.5 mm cable, a cable especially for Xbox 360, a USB charging cable, and optical cable. Every kind of set up you could want is covered straight out of the box, which is brilliant. Obviously though, the LS30’s USP is its wireless functionality, and for that you need the optical cable and USB base station. 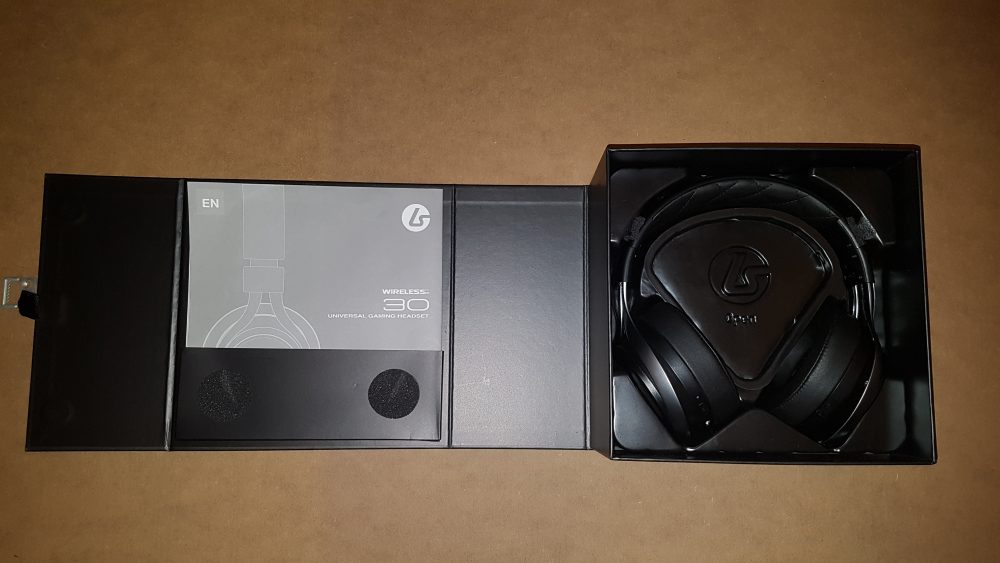 Pictures don’t quite do the packaging justice, but it gets a thumbs-up from me

I’ve got to admit we had a bit of trouble getting the LS30 set up wirelessly on Xbox. The quick start guide included in the box is incredibly simplistic, and following the instructions to the tee didn’t wield successful results. The wire setup is a little messy: one end of the the optical cable needs to go into the back of your console, with the other end plugged into the USB base station, which needs to plug into a spare USB socket at the front of your console. It’s not exactly tidy, and it took a bit of trial and error to get going. Despite two of us trying on two separate Xbox Ones, we’re still not quite able to figure out quite why it didn’t work straight away. Nevertheless, we got it working eventually after a few attempts and after upgrading the Xbox One controller firmware.

It was worth the effort though, because once it was finally working as it should, the LucidSound LS30 produces wonderful results. Being free from any wires is always a great novelty, and the connection to the base station was flawless, with audio being perfectly synced and never dropping nor losing quality. The headset produces a very rich, deep sound, and has built-in equaliser modes that can be changed with a press of a button on the headset itself. It should be noted, though, that on Xbox One you do need to connect your headset to your controller with the 3.5mm cable if you want to use chat functions. On PS4, both audio and voice work completely wirelessly. 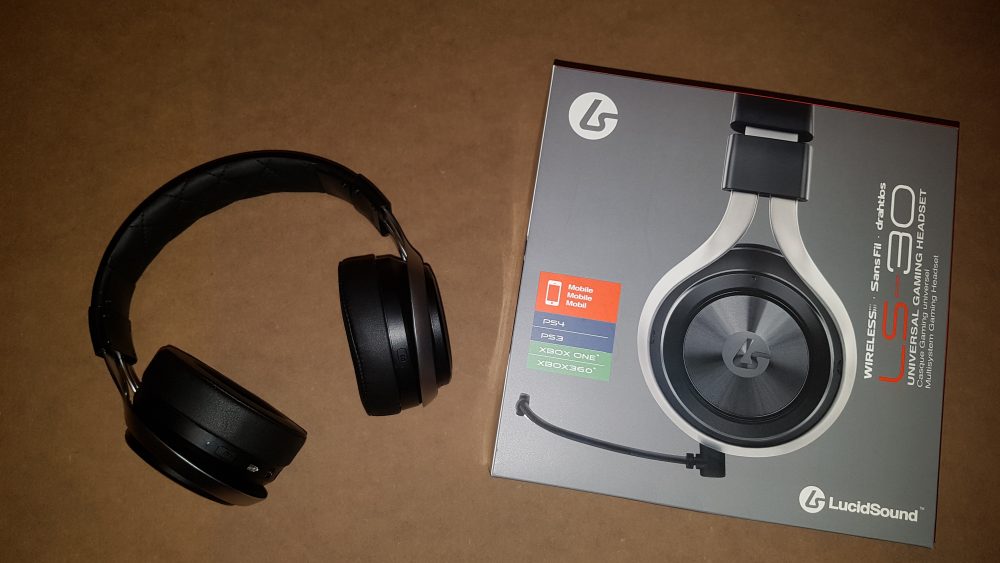 Better yet, the LS30 is incredibly comfortable to wear. It’s not the lightest of headsets, but that’s down to its impressive build quality. The fixtures of the headset are metal, with an adjustable padded band to sit over your head. The ear cups themselves are large enough to house all ear shapes and sizes but not too large that it ever feels too big. Despite its weight though, it never feels too cumbersome, even during elongated gaming sessions. The built-in controls on the headset are great too – turning a wheel on one earpiece controls the sound, while the other controls the volume of the microphone. As far as wireless range goes, you’re likely not going to be able to wander around your house in the LS30 without connection issues, but that’s no biggie. When you’re actually sat playing a game the connection is flawless.

Despite not being advertised for PC use, we decided to test it out on a computer using the optical input. Following our issues on Xbox One, we were pleasantly surprised to find it worked flawlessly – plugging in the receiver again via optical and USB instantly switched audio output over to the headset, and we didn’t even need to fiddle around with drivers or Windows settings. We also discovered that the headset works great wirelessly on PC without the optical cable plugged in too, for those who don’t have a SPDIF socket. 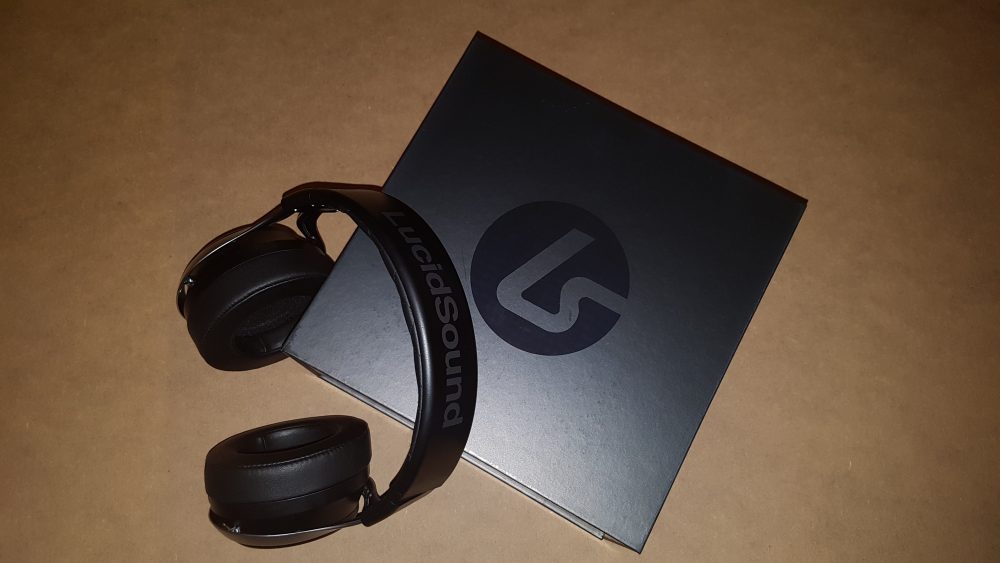 For use with mobile – or any device that allows 3.5mm audio output, the LucidSound LS30 can simply be plugged in with a cable without the need to mess around with the optical and USB inputs. The sound quality this way is obviously not as crisp as it would be via optical, but it’s still surprisingly good quality. Since the headset works passively, it means you lose external control of the volume however, so this needs to be metered by the device it’s plugged into. It’s not an issue, since having the choice between premium, wireless sound or a quick and convenient wired headset is a very nice bonus.

It’s not cheap at £100, but for the build and sound quality you get, I wouldn’t hesitate to purchase another LucidSound LS30. Even headsets at twice the price can sometimes feel a little plasticky, but the LS30 is solid through and through. It’s a shame we had a bit of a fumble trying to configure the wireless audio through Xbox One, but it’s not put me off wanting to use it. LucidSound may not be the most prolific name when it comes to gaming headsets, but it can certainly rival the best of them. 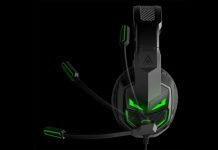