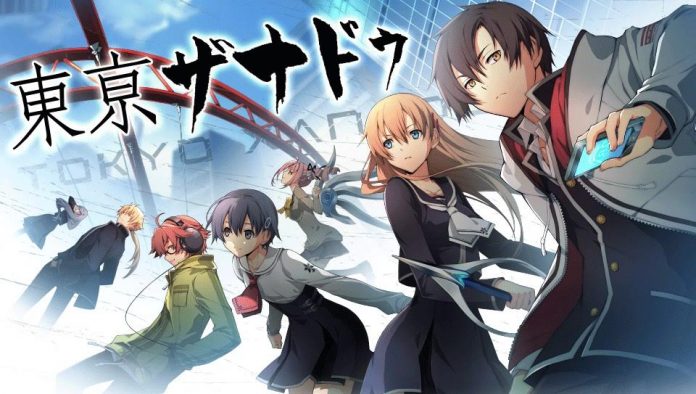 Have you ever wanted to play a game about Japanese high school students banding together with their unique abilities to vanquish an unknown threat?

If so, then you’ve likely played one of the recent Persona games, or even Nihon Falcom’s other series: The Legend of Heroes: Trails of Cold Steel.

What differentiates Tokyo Xanadu from the previously mentioned games is that, rather than following the traditional turn-based formula, Nihon Falcom opted for an action RPG. Aside from that, however, fans of the genre are bound to find a lot that is inherently familiar here.

In an alternate reality, a massive earthquake demolished Tokyo in the year 2005. Ten years later, Kou Tokisaka spends most of his free time working part-time jobs all around Morimiya City, a fictional suburb of Tokyo. Following an evening shift, Kou attempts to rescue a female student from a couple of suspicious men, when out of nowhere, a demonic portal appears, dragging everyone inside. There, Kou witnesses his classmate, Asuka Hiiragi, wielding an unusual weapon as she eliminates devilish-looking creatures that surround her. Kou soon discovers that Asuka is a member of the secret organization Nemesis, a group tasked with investigating and eliminating monsters called Greed and protecting humanity from another dimension – Eclipse.

Time spent in Tokyo Xanadu is split between dungeon crawling and living out days as a high school student in a life simulator fashion. Think Persona, but to a much simpler degree. Exploring Morimiya consists of attending school, shopping, playing minigames, strengthening Kou’s attributes (wisdom, courage, and virtue) through a variety of activities, and strengthening bonds with companions. Each of the game’s chapters offers a main quest and optional side quests that can be accessed through NiAR – a social networking app on Kou’s phone. NiAR also makes note of updates to character profiles for all NPCs in the game, which ends up feeling like a completionist’s nightmare. I found it much more enjoyable just to focus on the side quests before pursuing the main objective, sprinkling in some bonding with plot-relevant characters along the way. 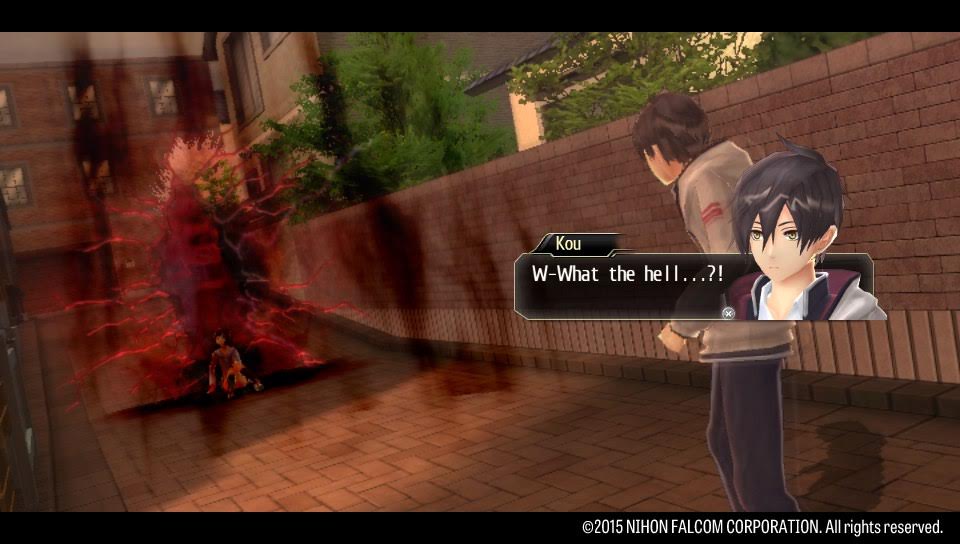 While the plot itself is serviceable, the way in which it is delivered is more mundane and repetitive. Most chapters follow this formula: a suspicious (and potentially supernatural) plot device is introduced while the characters are at school, an innocent bystander ends up getting abducted through an Eclipse portal, and then the team performs a rescue before they investigate the source of the portal. Thankfully, the characters involved manage to keep plot events interesting, and their personal stories are enough to break up some of the monotony. At the same time, some diversity in how the story unfolds would have been greatly appreciated.

Rushing into Eclipse through portals triggers the dungeon crawling segments of Tokyo Xanadu, where Kou and companions fight through waves of enemies along a linear pathway, eventually reaching their abducted friend and a boss creature. For the most part, dungeons feel samey: branching pathways and simple switches to unlock doors are prevalent throughout Eclipse. Dungeons never feel like they drag on for too long, however, and this allows the simple – yet satisfying – hack-and-slash combat to remain enjoyable.

During combat, the player controls one party member at a time, with backup members ready to swap out from a single button press. Actions consist of running, dodge rolling, double jumping, and short and long range attacks – different types of attacks are made available as the game progresses. Each character has a unique elemental affinity – fire, wind, water, and so on – and locking onto an enemy reveals their weakness, rewarding the player for constantly swapping characters on the fly. I occasionally had some grief with the default control scheme; there are two different buttons for swapping characters into battle, and amidst the chaos I often found myself pressing the wrong button and bringing in the wrong character. Fortunately, controls can be modified via the settings menu.

Each party member wields a soul device – a unique weapon specifically made to oppose Greed. Upgrading each weapon is done by unlocking specific upgrade slots and then inserting different elemental stones for a variety of effects. If you’ve played Trails of Cold Steel, then it’s the same as the orbment system. For example, inserting the Fire Raid stone increases fire damage against wind attribute enemies, while the Ryuujin stone boosts HP, defence and magic defence. Reaching later points in the game yields stronger and more diverse upgrades to slot into your weapons, and the level of customisation is satisfying without feeling too complex. 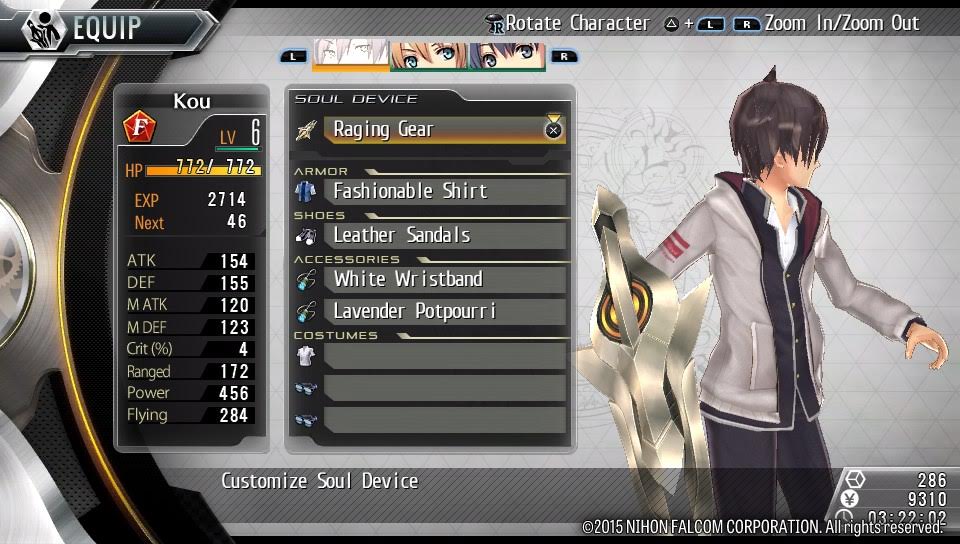 As far as graphics go, attractive character models and a believable game world serve Tokyo Xanadu well, offering an appealing visual experience for newcomers and Nihon Falcom fans alike. Menus and the game interface are generally easy on the eyes and well organised. In terms of sounds, many of the musical tracks also lend inspiration from the Trails of Cold Steel series, though they manage to still sound enjoyable and appropriate for this new setting. It is also worth noting that Tokyo Xanadu offers only Japanese voicework with English subtitles. This may bother some, but I found the Japanese voices to fit well with the characters.

While Tokyo Xanadu never manages to stand out as anything remarkable or unique, the general foundation of the game is actually quite solid. Despite a repetitive structure and some boring dungeons, the action-based combat was effective in keeping my interest. The characters are also generally quite likeable, with their relationships and quirky personalities coming off as genuinely enjoyable. It’ll be interesting to see if Nihon Falcom continues the Tokyo Xanadu series and where they could try to differentiate it from similar experiences. What they have here is a solid foundation for a new series that could benefit from some more creativity.