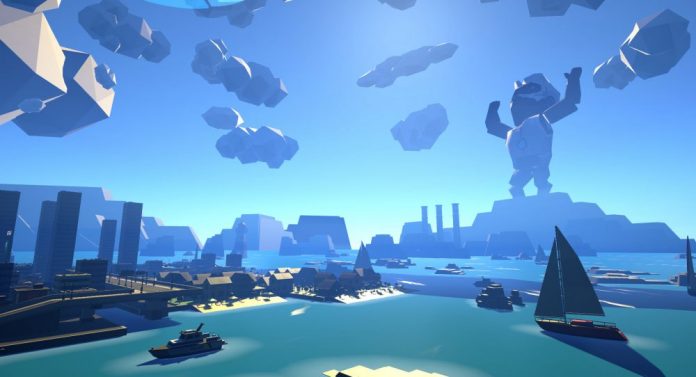 VRobot is currently in an early access state. So while it may lack a lot of polish and features, is it still worth giving a try and supporting its development?

Humans have been kicked out of their cities by robots, so humanity’s solution to robots taking over is to build one giant robot to deal with the problem. As such, VRobot feels more like a simulation than anything else. It seems like the kind of ridiculous solution we’d come up with after automation and self-aware A.I takes over.

The premise of the game is that you need to destroy a certain percentage of the city before the timer runs out. There’s other objectives and gameplay features planned, but in its current early access state, VRobot‘s content is pretty thin. There are a small selection of tools such as a tornado gun and tractor beam in play right now, but they quickly lose their appeal.

While it’s very interesting to play as a giant destroying a cityscape, there’s very little in the way of variety and creativity to elevate it to a point where it becomes a fully-fledged game – but that’s what you’d expect from an early access title. The promises made by the developer certainly put VRobot in the right direction, but as it stands, I think its appeal will be limited only to young children. That’s not necessarily such a bad thing – the VR market is saturated with horror and more skill-demanding titles; appealing to a younger audience could bode well. 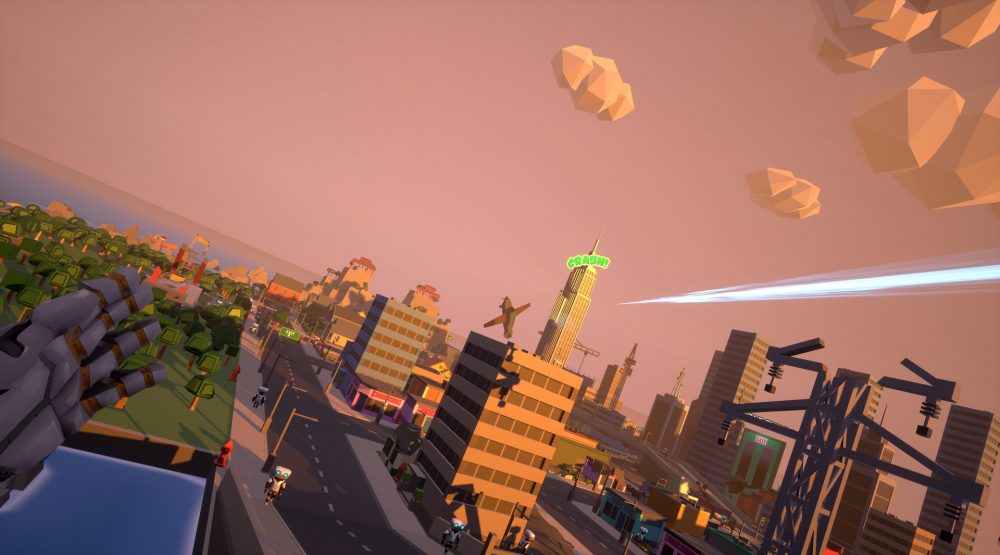 Developer Luden.io seems to be embracing it too; VRobot has a ‘kid’ button on the main menu that allows smaller children to pop on the headset and wreak havoc as a giant robot – and what child wouldn’t enjoy that? It basically raises the height of the in-game character slightly to account for the lower level of the headset during tracking. I can see many kids having fun with this one – it’s a big toy sandbox that doesn’t put too much input/functionality in-between the user and the experience.

For more mature players however, VRobot‘s simplicity will likely leave you wanting more, and the gameplay becomes repetitive fast. If you have a child who wants to try out VR, buy this game, even in its early access state. If you’re planning on playing this yourself, however I would say wait. It may turn into something both adults and children can enjoy, but right now in its simplistic and early state, it’s only really a fun toy for children to mess around with and take their first early steps in VR.