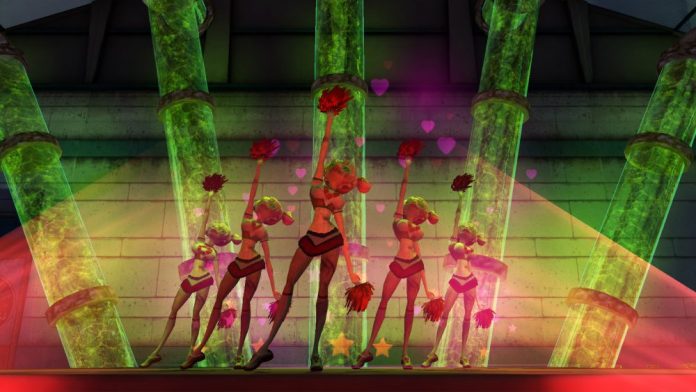 There’s no denying the fact that the underlying conceit running through Zombeer is a good one.

If the idea of cracking open a few cold ones with the undead isn’t what B movie fans’ dreams are made of, then I don’t know what is. It’s just a shame that Zombeer‘s sense of humour, aesthetic, and gameplay is just as schlocky as the 60s/70s horror classics it so frequently parodies.

I’d be remiss to describe Zombeer as anything other than an ambitious, if incredibly misjudged, homage to the cult movies of times past that just so happens to be a rather complacent first person shooter when it chooses to be. Full of in-jokes to the works of George A. Romero and Sam Raimi, even going so far up to the age of the SAW series, the problem with scattering so many immediately obvious references to other forms of media is that it serves as a constant reminder of all the other, far superior experiences I could have been indulging in.

Placing you in the role of high school teen and wannabe cool guy K (yes that’s his name), the game begins with you waking up from a hangover to a world in the midst of an infection pandemic. It isn’t too long after coming to that you realise you’ve been bitten, with the only way to stave off the infection being to consume a particular brand of alcohol. You guessed it – Zombeer!

More than just a quirky plot device to give K a reason to track down his heartthrob girlfriend with urgency, Zombeer in fact uses its eponymous beverage as an in-game mechanic. Albeit a fairly annoying one. You see, on your search to save the day and get the girl, rather than go about your objective normally from beginning to end, you’ll need to consume the stuff at unbearably frequent intervals. An unfortunate side-effect of this? Your three hour play time will be spent staring at the same drinking animation. Over and over. And over. And over again. What might have initially been an inspired differentiating factor intended to set Zombeer apart from the rest, backfires greatly. 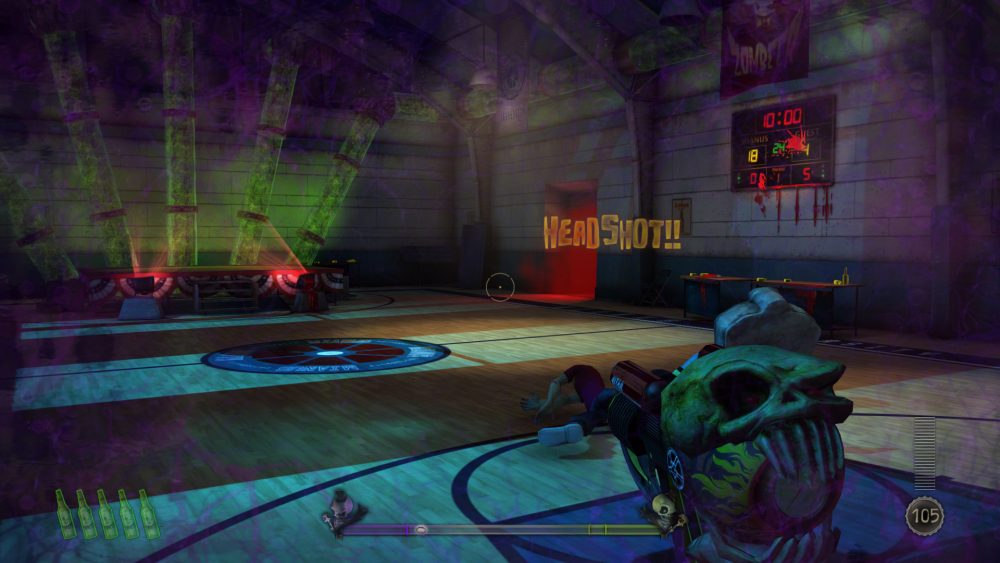 When so much of your time is spent knocking them back like a good one, even the act of traversing Zombeer’s admittedly well-thought out, if a little graphically underwhelming, high school setting feels impractical. Having no run button is a perfectly fine creative decision should it be used as a method of building tension or setting a pace. Yet when the majority of combat means locking you in an enclosed area and pitting you against waves and waves of the undead, it comes across as cheap to have you move at the rate of a scuba diver strolling along a sea bed.

There’s an argument to be made that such a stripped back approach to traversal makes sense when considering the threat of maybe succumbing to zombie infection, but it’s simply indicative of the plodding package that is Zombeer as whole. By the time my experience with the game had reached its end, I wouldn’t be too surprised to learn that I’d accomplished more groaning than the actual in-game zombies I was fighting.

Now playable for the first time on consoles, it shouldn’t come as too much of a surprise that the wait for Zombeer hasn’t been worth it. The few interesting interesting ideas it has with regards to art-style, setting and voice talent, are all squandered due to an overall lack of presentation and polish. Couple this with the game’s excruciatingly slow movement and bland shooting mechanics, and all that’s left is a poor man’s Lollipop Chainsaw that’s more Scooby Don’t than Scooby Doo.

Zombeer is available on PC, PS4 and Wii U. We reviewed the PlayStation 4 version.