Steam is a weird and wonderful place.

If you’re a PC gamer, you undoubtedly use Steam to buy and play your games, at least occasionally. And if you do, you’ll be aware of just how massive Steam’s library of available games is. So massive in fact, that there are thousands of hidden gems on there that just don’t get the light of day they deserve.

On the flipside however, there are thousands of, er, ‘interesting’ games that may or may not garner some kind of attention for one reason or another. We’ve scoured the… ‘dark side’ of Steam, shall we say, to find 10 of the weirdest and most downright ridiculous games we could get our hands on.

Some of these games probably aren’t for those of a more sensitive disposition, but if you’ve got a good sense of humour and enjoy a bit of tasteless crass in your game… well, you’re welcome.

Forget realistic war simulation games. Fighting humans, or tanks, or even mythological beasts is old news. Ultimate Epic Battle Simulator lets you wage war on whatever the hell you want.

Want to see an army of dining chairs wage all-out terror on 1,000 chickens? Ultimate Epic Battle Simulator lets you do that. Or how about a massive horde of zombies facing off against a 10,000-strong army of Santa Claus’? Yup, you can do that too.

UEBS is a sandbox-style game that lets you create your own battles, against whoever or whatever you see fit. You can have up to 100,000 units in any army (although don’t expect performance to be great with that much happening on screen- but the possibility is there!), making battles as epic and ridiculous as you see fit.

FMV cutscenes with purposefully over the top hammy acting? Gloriously entertaining gameplay that puts you in control of a cartoonised limo that can’t stop spinning in a clockwise direction? That’s Roundabout in a nutshell. Playing as Georgio, a female limousine driver, it’s up to you to drive around an open map, collecting passengers to deliver them to their destination.

Every time you pick up a new character, you’re treated to a new full motion video cutscene in glorious B-movie style. And as brilliantly ridiculous as they are, it’s the gameplay where Roundabout really shines. Controlling a spinning limo is actually massive amounts of fun, dodging obstacles along your way but scoring extra points when running over civilians. Oh yeah, Georgia is a badass driver. She doesn’t care about the blood splatter that follows around her spinning limo.

Released in 2014 on Steam, Roundabout‘s also found its way onto PS4 and Xbox One, so if you’re in the mood for some ridiculousness on console, this is the game for you.

Press X To Not Die

While there have been some really great FMV video games recently – Her Story, The Bunker and Late Shift to name but a few – generally, they have a storied history of being pretty damn ridiculous. Press X To Not Die embraces that legacy fully, by creating a short interactive movie so cheesy and grimace-inducing that it’s somehow impossible not to love… in some very twisted way.

Press X To Not Die is a first person interactive movie about waking up amidst some kind of zombie attack. Everyone you know has been infected by a rage of some sort, and, by pressing X to not die, it’s up to you to fight against them, find your girlfriend and then survive your way out of town. It’s packed with gloriously terrible acting and wondrous Z-list movie production levels, and together with its complete nonsense plot, it’s a complete hoot.

It’s not quite as sordid and twisted as it sounds, however. Picture the scene: you’re a small boy who’s just been enjoying a fun swimming session with his pa in the local public pool. You get out, and it’s time to head into the changing room and grab a shower. Your dad isn’t the only man in there though; there are other dads occupying different showers. You’ve got to make sure you hop into the shower with the right dad, and if you don’t it’s game over. Because showering with your dad is okay, but showering with a random stranger is not.

Despite it’s ludicrous concept, Shower With Your Dad Simulator is actually a lot of fun. It’s a quick-paced simple game of matching that’s fun to pick up for a few minutes at a time, and being score based means you’ve always got a new record to strive towards every time you play.

Fed up of female characters in games being the only ones to strip down to their undergarments to wage war against each other? Ladies, this game is for you. Behold, Brief Karate Foolish, a full-motion video game where men wearing naught but underpants fight each other in the street.

Before you rush out to grab it, I’ve not even hold you the best part yet: Brief Karate Foolish is free. Completely free. So nobody has any excuse no to indulge in a little bit of brief-wearing street fighting. For reasons unbeknown to us however, Brief Karate Foolish doesn’t officially support Windows 8 or 10, instead being optimised for Windows 98. Despite only being added to Steam in November 2016. We’re not sure if it’s a joke, or just a really old game. Either way, the Very Positive Steam comments seem pretty happy with it.

Bloody Boobs is the kind of game that leaves no surprises in store. You know what you’re buying into right from the get-go.

Making matters more complicated for you, and also rather absurd, are the many monsters that lurk around every corner muttering the most ridiculous dialogue. Catch their attention and they will doggedly chase you down and indeed make your boobs bloody if given half the chance.

As you can imagine, Bloody Boobs is about as basic as games come, with its only real selling point given away by its title. For less than a couple of pounds however, it offers a limited amount of outlandish grindhouse entertainment.

There’s Poop in My Soup

Bringing you the wide range of games that we do, GameSpew actually reviewed There’s Poop in My Soup back in March 2016, giving it a fairly respectable 6/10. Well, as respectable a score as a game about pooing on people can possibly get, anyway.

Rather than being a full-on scat simulator however, There’s Poop in My Soup is a much more lighthearted affair, taking the art of producing faecal matter and turning it into a hilarious, family-friendly cartoon style adventure. It features a cast of spaghetti-limbed people, all innocently going about their day, totally oblivious to the fact that someone – you – is about to literally crap on their parade.

Look, playing There’s Poop in My Soup is about the only time you’re ever going to be able to lose control of your bowels after the age of two and get rewarded for it. For that reason alone, it’s got to be worth a look, surely?

Have you ever daydreamed about being a pair of ladies underpants? Well my friend, those (somewhat sick) dreams are about to come true, thanks to Panty Party. Yup, here’s a game where you play as a pair of anthropomorphic undies, flying around streets, searching for enemy undercrackers and engaging in battle. Frankly, it’s an utterly brilliant concept and I’m struggling to see what more anybody could ever want from a video game right now.

Every pair of panties has its own unique skills, and if you want to be the true Panty Warrior, then it’s up to you to collect them all.

I’m not sure what else I can possibly say to convince you that this is probably the best game ever made, really.

What’s Under Your Blanket!?

Here’s a pair of games about getting your rocks off… with your own hand… under a blanket. You’ve got a limited amount of time to fap away, continually getting walked in on as you stroke the proverbial sausage. Every time you’re disturbed, you’ve got to stop what you’re doing in time so you don’t get caught, and wait for the opportunity to get back to it.

There’s a range of, er, exciting locations to pleasure yourself in, too. The first What’s Under Your Blanket!? starts you off in the safe yet boring location of your bedroom, before introducing you to the likes of a gym, a hospital ward, and even a wrestling ring. Its sequel spices things up even further by taking you to Paris, fancy restaurants and oriental-themed gardens.

If you can’t already tell, What’s Under Your Blanket!? is utterly ridiculous. It’s unfortunately not all that enjoyable as a game, but the sheer depravity of it at least warrants a few laughs of disbelief.

Picture the scene: Aliens have pretty much taken over Earth, killing all men in the process. Meanwhile, all the babes have been snapped up and genetically enhanced to survive a rampant cross species breeding process. The aliens have just made a grave mistake in doing so though, as a number of the genetically enhanced babes have broken free and are now determined to fight back.

A side-scrolling beat’em up á la Streets of Rage with digitised graphics, Bad Ass Babes is perhaps the most ridiculous game we have ever seen. It’s very sexually explicit, with ladies exposing their front bottoms to open up portals to new areas, a merchant that certainly isn’t afraid of showing you her “wares” before you make a purchase, and some special moves that really do need to be seen to be believed. I mean, have you ever seen a character shoot rockets from their bumhole before? Didn’t think so.

Priced at £6.99, Bad Ass Babes is one of those games that’s so bad it’s actually quite good. Prudes certainly won’t take to it, but anyone that’s got an open mind, and I mean very open, will probably just find it absolutely hilarious. 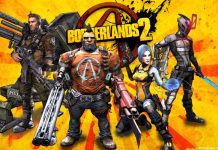 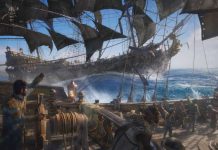