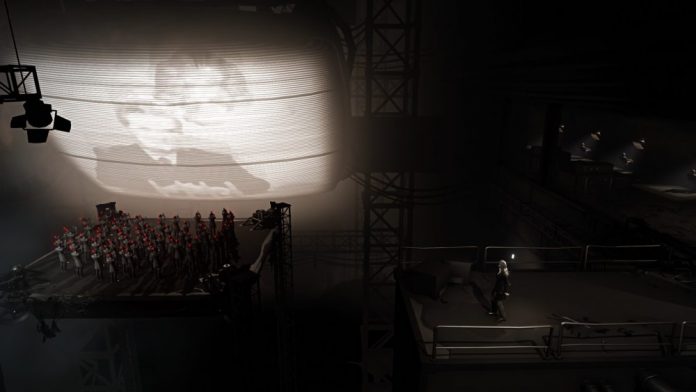 Although Black the Fall is dark and gloomy, there’s a lot hidden within that’s worth a look.

With tough-as-nails puzzles, gorgeous graphics and an intriguing storyline, Black the Fall is definitely one to look out for. In a world where platformers are again growing in popularity, it can be hard to stand out among the crowd but it’s evident that developer Sand Sailor Studio is focused on making its game as unique as it can be.

What you first notice when starting up Black the Fall is the rather dystopian environment around you. It doesn’t quite look like today’s world. There are gigantic machines, turrets guarding many of the open areas, and each human has a light attached to them. It was hard at first to figure out what exactly these lights do, but it becomes apparent the further you continue into the game: the lights allow you to operate machinery. When you jump on a stationary bicycle for example, the light turns green. The whole world is operated by machines, but the question is: who’s really in charge – man or machine? The further that you delve into the world of Black the Fall, the more you discover about what could have happened to create such an oppressive environment.

The gameplay is simple enough, delivering much of what you expect from a platformer title. You must move around each level dodging turrets, guards and the like while solving puzzles. Simple, right? Wrong! Things are always a bit more complicated than that. Towards the beginning of the game you’ll discover a wand of sorts which gives your character the ability to control robots and people alike. Using this wand you can get your fellow workers to open doors for you as well as tricking robots into destroying themselves so you can get away. The robots tend to shoot at anything that moves so your character will have to use every part of his wits to get past them. 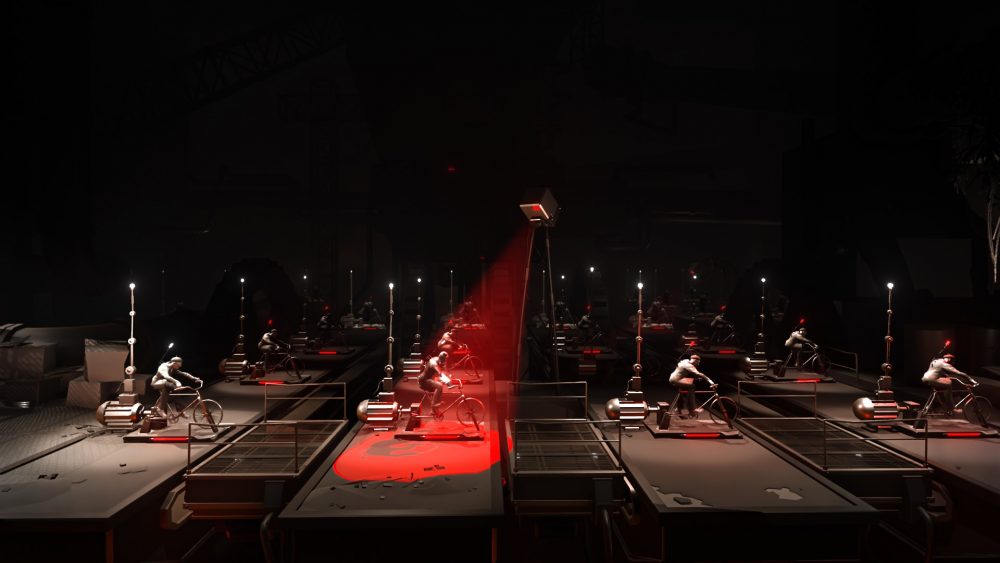 The biggest frustration – and the most fun I had – while playing Black the Fall was trying to solve the puzzles. From the very beginning I had quite a hard time figuring out what needed to be done to solve many of the challenges, especially when it came to dodging turrets. The game doesn’t explain much to you, so you’re completely on your own from the second you click that play button. Sometimes in order to get past the turrets you have to hide, other times duck, other times run – and almost every time there’s a painful amount of trial and error before you figure out which you’re supposed to use. There’s very little “wiggle” room for players who want to gradually learn the mechanics of the game; once you’re in, you’re in and there’s no mercy.

Once you get the hang of everything though, there really is a lot of fun to be had with Black the Fall. Discovering all the different ways that you can control the robots and traverse the environment around you is exciting, especially once you befriend a robot and can use him to help you along your path. This was definitely the most enjoyable part of the game for me. Braving this hostile world definitely feels a little less lonely with a friend.

Black the Fall definitely isn’t for the casual gamer; it’s crazy tough, but for someone looking for a fun challenge it’s worth a try – or two, or three… since you’ll be dying. A lot. There’s tons to appreciate, including its dark but detailed graphics and compelling story line, so for those that want to dive into something that’s rich in gameplay and in story it’s definitely one to pick up. Especially if you love robots… and communism… or defeating communism… or defeating robots? We’ll say all of the above.

Black the Fall is available on PC and PS4. We reviewed the PC version.