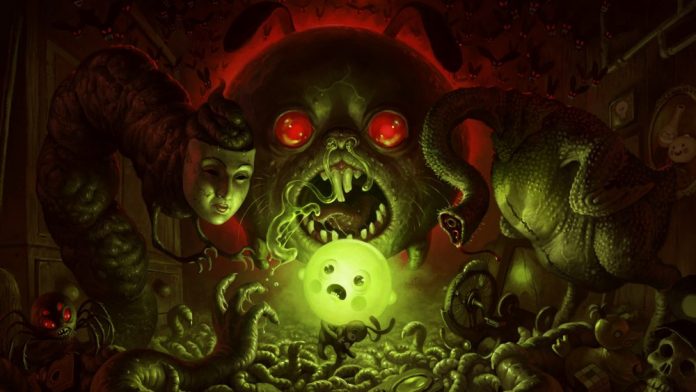 Originally released on Steam back in 2015, the nightmarish Bulb Boy is now available on Nintendo Switch. And what a brilliant little addition to the handheld hybrid it is.

Bulb Boy‘s probably unlike anything you’ve ever played before. It’s impossible to pigeonhole into a genre; there’s a bit of platforming in there, a dash of action, and more than a lick of point and click. Mixed together with a surrealist monochromatic art style and the fever-dreams of someone who’s had far too much cheese before going to bed, the final product is something that’s equally quirky, lovable and downright freaky.

Thrown into the shoes of the eponymous Bulb Boy, the game opens up on a normal evening. Well, as normal as an evening can ever be, when you’re part bulb, part boy. Little Bulb Boy is watching TV in the living room while his grandfather dozes and his doglike-pet is collapsed on the rug. It’s time for bed, so you have to guide Bulb Boy through his nightly routine: turn off the TV, take out grandpa’s dentures and head up to bed. So far, so good. Unfortunately, not long after your bulb’s hit the pillow does chaos ensue. Giant spiders! Monsters! Terror!

“Bulb Boy‘s surrealist world is an absolute joy; even the most horrific of monsters are a delight thanks to just how downright bizarre the whole thing is.”

Here’s where the game truly begins, and Bulb Boy is a short 2-3 hour adventure as you battle through rooms of your house, defeating monsters in strange and ingenious ways.

What’s brilliant about Bulb Boy is that the game uses absolutely no text nor dialogue to communicate with you. It’s a risky move – many games have tried it, often resulting in an incomprehensible mess – but here, it pays dividends. Thanks to the game’s simplistic control scheme and layout, not much direction is needed, but when the game does need to relay a message to you, it cleverly does so with imagery. Speech bubbles filled with an icon are used sparingly to display if a particular object is needed, but most of the time, it’s a case of exploring your environment until you find what you need. 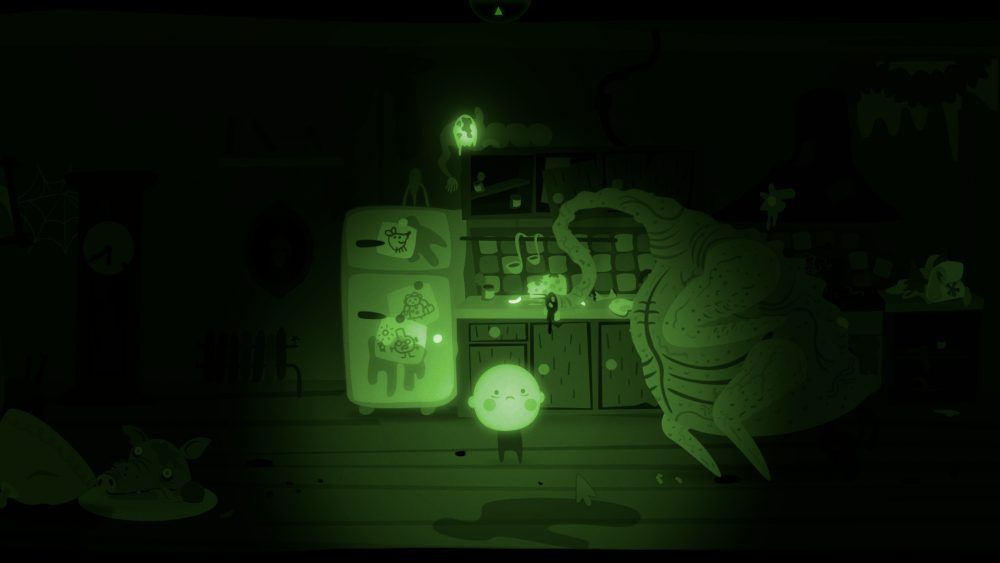 Being left to your own devices in this way means you’re not distracted from the game’s brilliant art direction. Bulb Boy‘s surrealist world is an absolute joy; even the most horrific of monsters – including a giant poo that raises from the toilet bowl (yes, really) – are a delight thanks to just how downright bizarre the whole thing is. It’s a twisted fantasy of epic proportions.

Bulb Boy‘s gameplay is mostly about solving puzzles. Often, it’ll remind you of a simple point and click game; you’ll explore an environment, find an object, then use that object to solve a puzzle elsewhere. Despite the obscure visuals though, the puzzles are relatively straightforward. Small environments mean there’s a limited amount of objects to interact with, so even if you’re not too sure, it doesn’t take long to work it out.

As you progress, aspects of other genres start to rear their heads too. There are several platforming sections of dodging obstacles and moving along set paths to get from A to B. Near the end of the game there’s even a fairly classic action boss fight segment.

“Bulb Boy is a wonderful addition to the Switch, especially if you’re looking for something a little more unusual.”

While the range of gameplay types keeps Bulb Boy feeling fresh and never boring, it’s at its strongest when it’s a simple puzzle adventure. The platform/action parts can get a little too frustrating, requiring a degree of precision that seems hard to achieve on the Switch. And without spoiling too much, I found the final boss to be absolutely rage-inducing, despite being simple in concept. Bulb Boy‘s unique selling point is its fantastic and unusual art style, and these frustrating sections take some of the focus away from that.

Still, it’s not enough to ruin the entire experience. Bulb Boy is a wonderful addition to the Switch, especially if you’re looking for something a little more unusual. It’ll only take you a couple of hours to play through, but it’s a nightmarish adventure worth embarking on.

Bulb Boy is available on PC and Switch. We reviewed the Switch version.