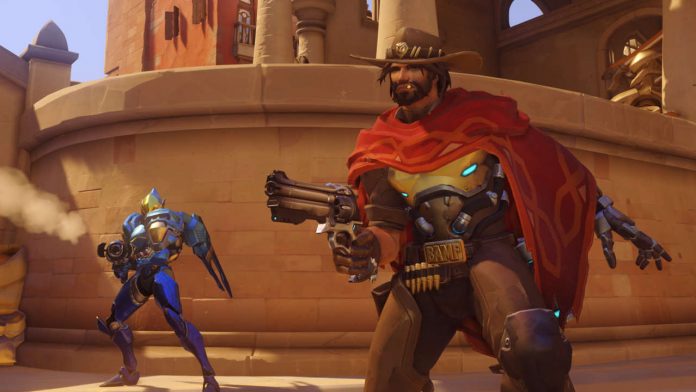 Everyone loves the gun wielding hunky cowboy from Overwatch, but did Jesse McCree take any science classes in school? I think not.

If you’ve played any Overwatch then you’re probably familiar with McCree’s most famous line, “It’s high noon,” and there’s actually a website you can go to that tells you where in the world it’s high noon. It’s interesting. Currently when writing this, it’s high noon in Kyoto, Japan. Picture everyone in Kyoto looking around frantically trying to figure out where that darn McCree is hiding right before sending them home, home on the range.

What the website itshighnoonsomewhere.com doesn’t tell you is that it’s actually not scientifically possible for it to be always be high noon somewhere – something about axes and the rotations of the Earth. So clearly when McCree says his line “It’s high noon somewhere in the world,” he’s either exaggerating, or never took any science classes. That is unless you consider high noon to be different from noon, in which case my entire point has cracked, broken, and leaked leaving your huckleberries nice and watered.

According to user Twiggeh on one of Blizzard’s forums, “McCree isn’t a scientist so he wouldn’t know, whatever he says is his just, like, opinion man.” You’re right, Twiggeh. So what if it isn’t really always high noon somewhere in the world? If McCree thinks it’s high noon somewhere then that’s his, like, opinion man and all those scientists who could probably prove otherwise can suck on some spurs.

Check out itshighnoonsomewhere.com and you can see where in the world its high noon, according to Jesse McCree. Either that or just log onto Overwatch and play a round as the BAMF himself. Kick some butt, take some names, make some tumbleweeds show up the middle of a Russian snow storm, whatever floats your boat.