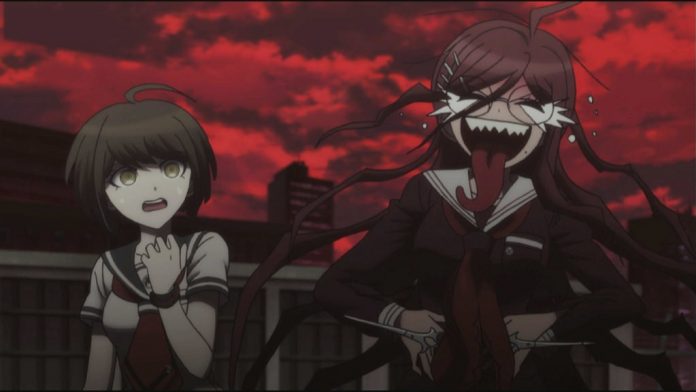 Having already pumped a decent amount of time into the original release of Danganronpa Another Episode: Ultra Despair Girls back on the Vita in 2014, I was curious as to whether the experience would translate well when making the leap onto PS4.

Though quite clearly an obvious attempt to cash in on the upcoming release of the mainline series’ third entry, this more action-focused sidequel of sorts still manages to pack a quirky punch or two on the big screen.

A far cry from the visual novel style of play first established in Trigger Happy Havoc then continued in Goodbye Despair, this intermediate tale of Komaru Naegi instead places a pixel-powered megaphone in your hand to let players take a more active fight to the maniacal menace that is Monokuma. It’s not accusations Ultra Despair Girls has you hurling at your foes this time around; just good old fashion bullets – albeit with their own unique Danganronpa spin.

Yes, Ultra Despair Girls shakes up the franchise formula with a make or break fundamental shift of gameplay, but the switch to third person shooter is still a respectful one, paying homage to many series staples along the way. Komaru herself, for example, is actually the younger sister of the first game’s protagonist, trapped within the confines of Towa City playing a game of cat and mouse under the guise of demented demon children known as the Warriors of Hope. Truth bullets make a return complete with their own unique enemy effects, and the overall wacky eccentricities of Danganronpa’s neon super-stylised aesthetic remain intact.

It’s not uncommon for established franchises such as this to venture into new directions with the hope of reaching new audiences, but the problem with using Ultra Despair Girls as a jumping-on point is that it’s not indicative of the core experience you’ll find in future entries. While the story of Komaru and schizophrenic companion Genocide Jack is a fun one to dive into and experience, it’s unfortunately very much a one-off. 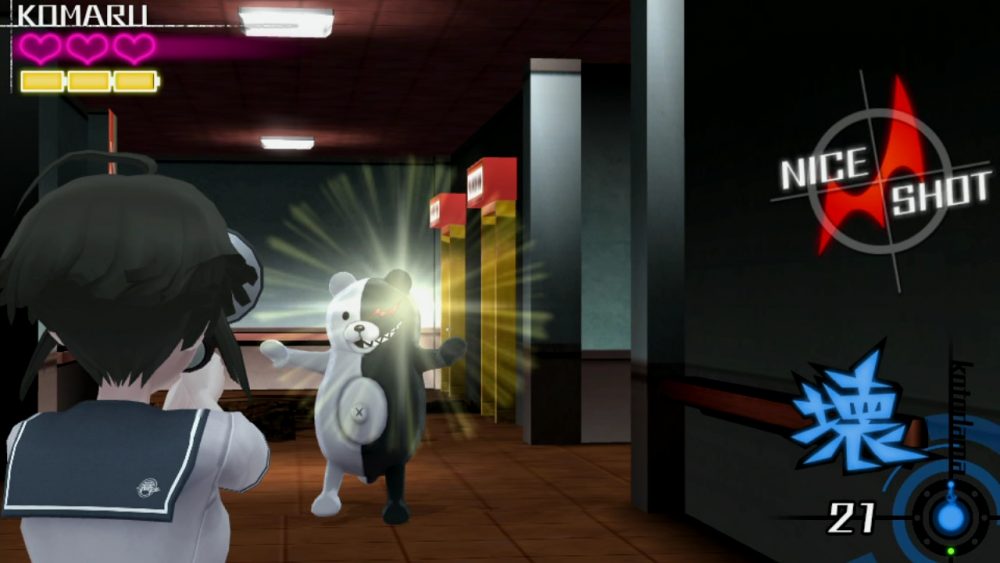 The good news is that the jump from portable to home console has by and large been a kind one. Ultra Despair Girls’ level environments had always suffered from a flatness and boxy feel that was forgivable on Sony’s handheld, and though no effort has been made to give these surroundings more detail or depth, they are at least visually crisp and are extremely quick to load into. A few quality of life adjustments are here in the form of a camera which can be toggled to follow or stick to your movements and a revised UI, both of which contribute to a worthwhile attempt at disguising the game’s vita origins even if it doesn’t quite pull it off.

Ultra Despair Girls’ loop of exploring dungeon-like areas, mowing down waves of Monokuma bots, and switching between the ranged combat of Komaru and melee barrages of Genocide Jack always keep things vibrant and fresh across the game’s 20 hour duration. Throw in a very original story that’s told via a mixture of full 3D rendered cutscenes, English-voiced talking head sections, as well as some beautifully-drawn anime, and you’ve got a third person shooter unlike any other.

If Danganronpa Another Episode: Ultra Despair Girls’ story of bears run wild, teenagers under threat, and society in ruin didn’t do much to tempt you when it was first released, I can’t imagine that the transition to PS4 will change that. Very much an alternative take on the series and unfulfilled promise of what could have been, Ultra Despair Girls remains a necessity for Danganronpa fans wishing to fill in story gaps as well as mainstream newcomers looking for a different single player shooting experience. Just don’t expect another Another Episode any time in the near future.