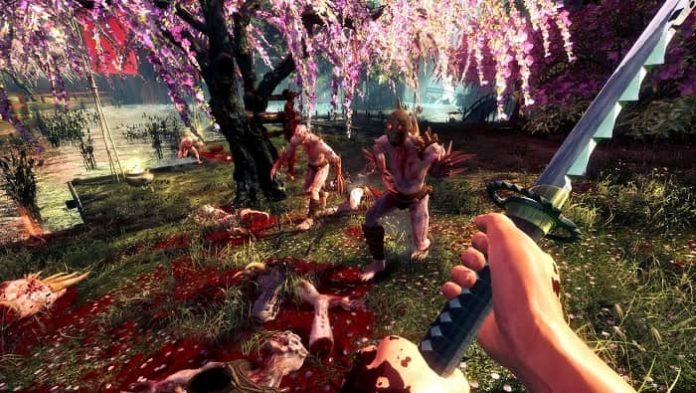 Thanks to Humble Bundle, you can now get the PC version of Shadow Warrior: Special Edition for the Lo, Lo price of absolutely nothing.

Not to be confused with the original 90s version of Shadow Warrior, which has also been free for some time, this slashtastic first-person shooter casts you as modern ninja Lo Wang, combating a range of demonic and semi-human foes. Reception to the game, which was released in 2013 and published by Devolver Digital, was generally positive, IGN calling it “an old-school shooter that actually gets what made old-school shooters work.”

If you’re wary of the “Special Edition” moniker, fear not. Rather than being a cut down version of the full game, Shadow Warrior: Special Edition is thus named because it adds a few extra weapon skins; you’re still getting the full Wang.

The offer, which can be redeemed here, requires you to have a Humble Bundle Store account and a Steam account (registration is free) but you’re under no further obligation to buy. Once you’ve claimed the freebie you’ll be given a Steam key which you can then use to download Shadow Warrior: Special Edition. The game is then yours to play indefinitely, though you only have two days to claim your free copy as the offer runs out on the 22nd of July.

So… who wants some Wang?