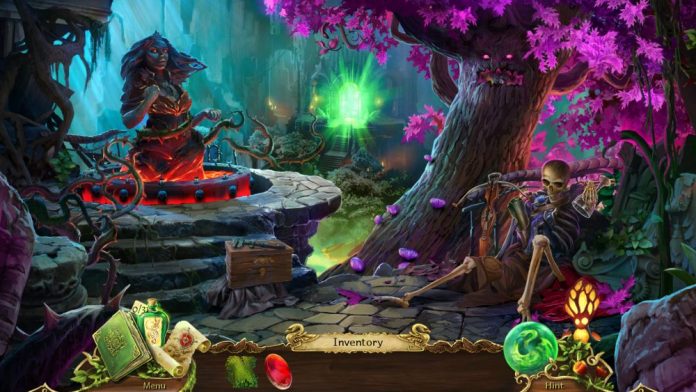 If there’s one thing we can rely on, it’s Artifex Mundi porting one of their games onto Xbox One on a regular basis.

The latest offering is Grim Legends 2: Song of the Dark Swan. As the second entry into the Grim Legends series, it follows on from 2016’s The Forsaken Bride, but is a completely standalone story. This time, the grim legend in question puts you in the shoes of a Healer, tasked with finding out what awful curse has befallen a young queen. It’s as over the top and far-fetched as any Artifex Mundi game, and all the better for it.

Song of the Dark Swan throws the usual fare of puzzles at you. Mazes, unlock games, and of course the obligatory hidden object puzzles all bolster a fairly typical but basic point-and-click style adventure. If you’ve played a game from this developer before, you’ll know exactly what to expect. After all, the apple never falls far from the tree.

The artwork in Grim Legends 2: Song of the Dark Swan seems particularly eye-catching this time around, with the typical hand-drawn animations making up several fixed-screen locations to explore. Compared to some past entries, Song of the Dark Swan‘s visuals look even more vivid and sharper than ever before, and altogether are more beautiful to look at. Even if you don’t particularly enjoy this simplistic style of game, you can at least appreciate the well-crafted art. 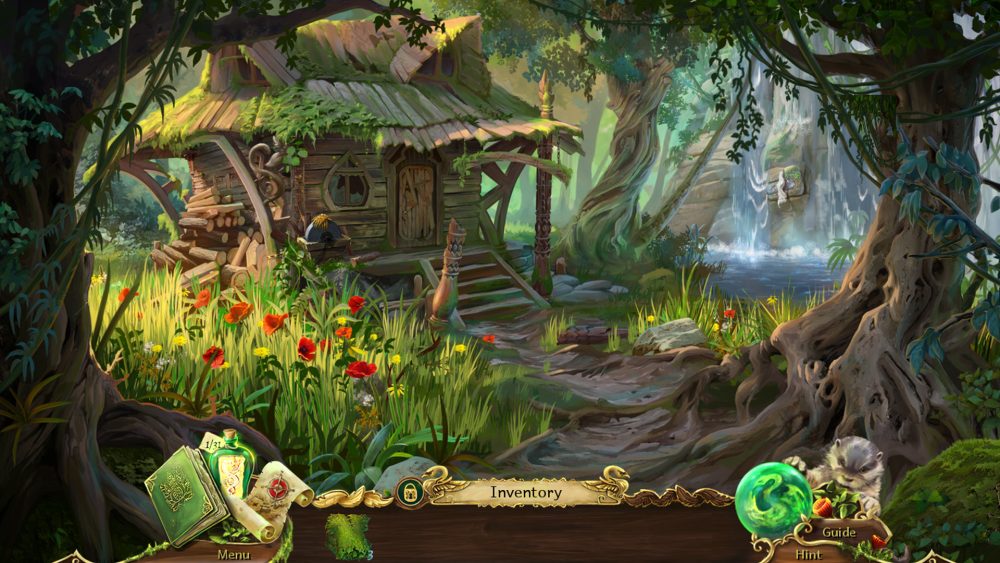 It’s a shame I can’t say the same about the voice acting, however. Artifex Mundi games aren’t known for high quality acting in the first place; the same people tend to voice the lead characters every time, and you have to wonder if Barbara from Reception has just got roped into doing a little extra work on the side. Song of the Dark Swan seems much worse than normal though, thanks to the terrible efforts of whoever voices a group of young boys who pop up later into the story. At worst, it’s cringeworthy enough to completely pull you out of any immersion you may otherwise have had, and at best, it’ll send you into fits of giggles at how utterly awful it is.

It doesn’t quite matter though; Song of the Dark Swan is, after all, primarily about the puzzles and exploration. Thankfully, the hidden object puzzles this time around feel varied and not as repetitive as they can be; backtracking and revisiting previous piles of junk you’ve already searched through is minimal, and progressing through the game feels, mostly, a linear affair. And if you do ever get stuck, then there’s a handy hint button that will literally point you in the right direction.

Having played so many Artifex Mundi games on Xbox One by now, they more or less merge into one hazy memory of hand-painted fairytales and simple puzzles. It’s not such a bad thing though; loading up one of these games now comes with an air of comforting familiarity. It’s a rare thing to know exactly what you’re going to get with a game these days, and providing a very simple puzzle adventure is what you’re looking for, Artifex Mundi seldom disappoints.

Grim Legends 2: Song of the Dark Swan doesn’t exactly stand out from the crowd in any way, but it’s another solid entry to a bulging catalogue. Its beautiful art pulls it back up where the awful voice acting lets it down, and its enjoyable yet not particularly challenging puzzles are, as always, a pleasant way to pass a couple of hours. If you’ve enjoyed an Artifex Mundi game before, you’ll definitely enjoy this one. And if you haven’t, well, give this one a go and see what you think.

Grim Legends 2: Song of the Dark Swan is available on PC and Xbox One. We reviewed the Xbox One version.