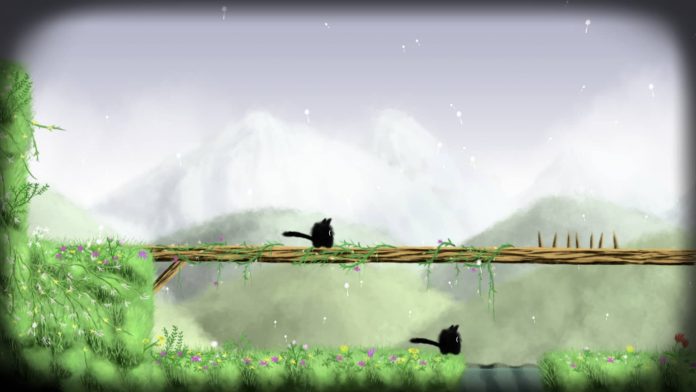 Much like the game’s title and style of play would suggest, I and Me is very much a game of two halves.

Because as wistful and charming its world and art style is, even such beauty has trouble masking how simple and painfully shallow the puzzles which plague the experience actually are.

Tasking players to guide the tails of two suicidal cats through many a danger and obstacle, I and Me is ostensibly a puzzle/platformer in its purest form. Absent is the concept of lives, instead making way for what is largely intended to be a relaxing experience that swaps out challenge for charm. In theory, this idea is a good one. Released for Nintendo’s hybrid handheld, the Switch, early on in the console’s lifecycle, there’ll no doubt be a market for I and Me’s admittedly chill approach to gameplay, but it simply lacks a degree of polish because of it.

I and Me’s catch is that is two fluffy protagonists move simultaneously, and so requires a slightly higher degree of thought to be successful and fit them into their respective slots. This rinse and repeat process sadly becomes quite tedious after a while, struggling to introduce concepts that mix it up enough to warrant going back for once last session. If you were hoping for an amiable story that explains the reasoning for your feline protection prowess, think again. I and Me’s text sentences that are ambiguously displayed in between levels fail to be engaging or memorable. It’s just not rewarding for the most part.

Sporadically littered throughout the game are 20 collectable parchments to obtain, requiring players to venture off the otherwise clearly indicated routes. Reaching them without meeting an untimely demise by way of spikes, beasts, or drowning will reveal further clues about the tale of these two critters, but a lot of the time the secrets they reveal painfully regurgitate the information relayed in the intro text. A weird choice to say the least, and one which had me wondering whether particular parchments were worth journeying out for. 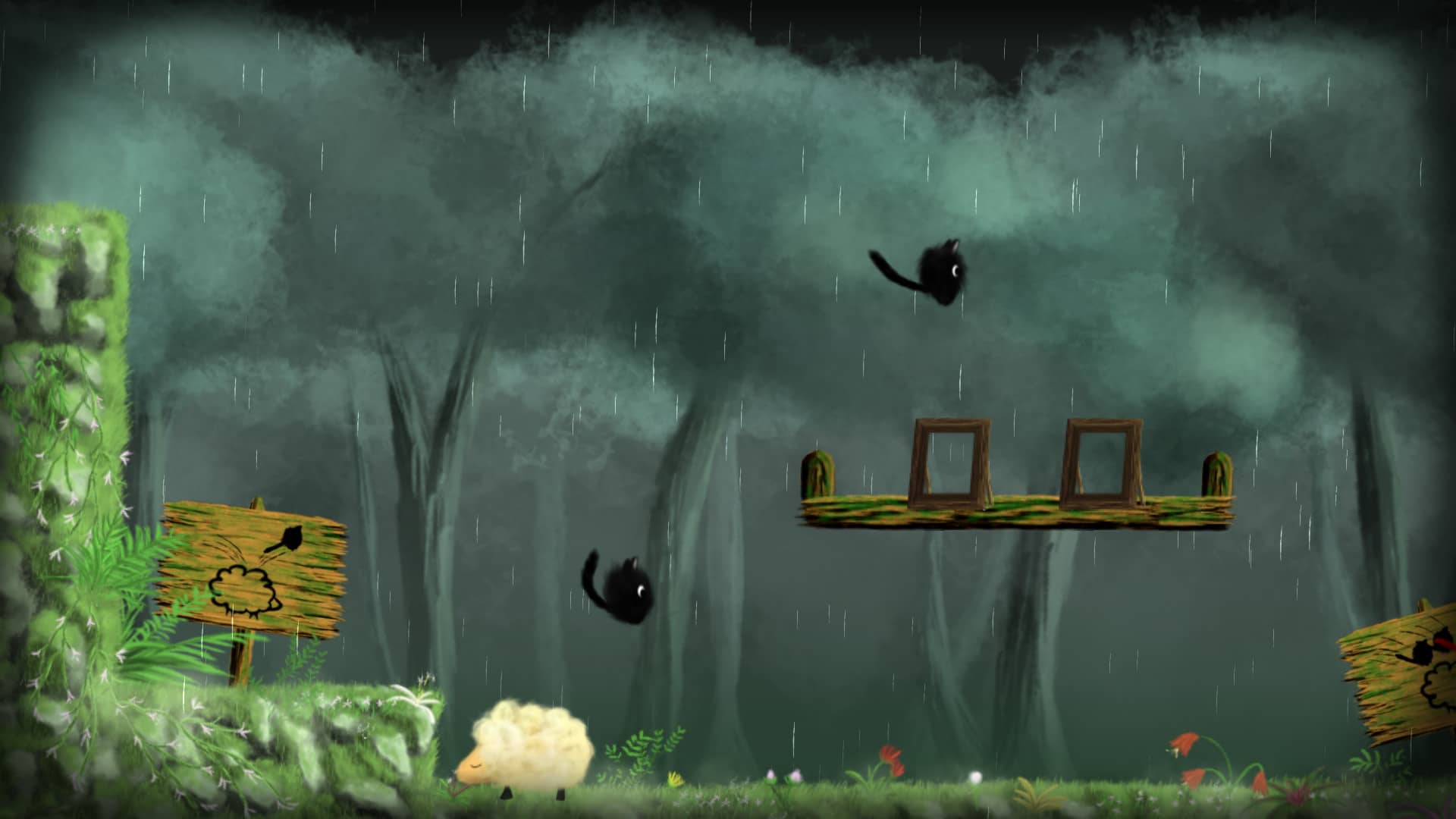 The majority of levels are short for the most part, rarely lasting longer than a couple of minutes. Thankfully this is one of the few elements I and Me gets right, rendering the game perfect for quick bursts of play, in stages that never threaten to outstay their welcome. There are 90 in total, and so plenty to sink your teeth into, but once achieving completion, I never found myself tempted to jump back in to once again thwart the various bees, hedgehogs, and sheep that seemed intent to ruin my cats’ exploratory fun.

It hurts, because deep down I know that there’s a much more whimsical and soul-enchanting game just waiting to break out of I and Me, but it ultimately suffers from what I expect was a very limited budget, making such heights unattainable. In a world plagued by stripped-back indie experiences grasping to evoke an element of nostalgia, I can at least praise I and Me for attempting something wholly original for the puzzle/platforming genre. But what could have been a mighty stride forward disappointingly feels more like a half step.

Jump into I and Me expecting a fairly relaxing experience that doesn’t demand too much of your time, and I can imagine you’ll have some fun with it. Those expecting an unsuspecting challenge that’ll have you scratching your brain over any of the game’s 90 puzzles however, will be left a little wanting. It depends what type of player you are. There’s no denying that the conceit behind I and Me’s concept has a lot going for it, but even players slightly enticed by the game’s “story” could find its ambiguous presentation frustrating and soulless, rather than thoughtful and cute.

I and Me is available on PC and Switch. We reviewed the Switch version.