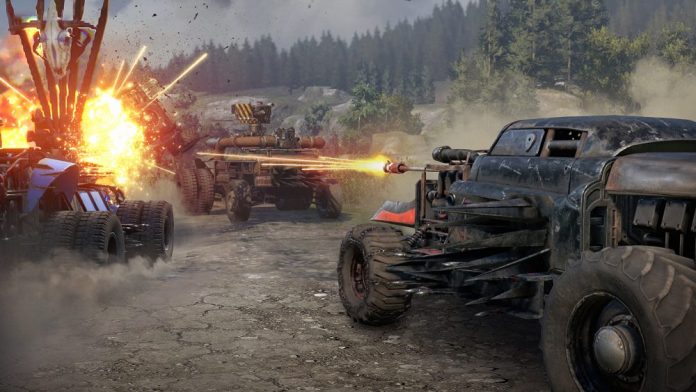 Have you ever dreamt of living out a Mad Max styled vehicular warfare fantasy? I know I have, and thanks to Crossout, a post-apocalyptic MMO action game by Targem Games, I’ve come closer to making it a reality than ever before.

Currently in open beta, allowing players to get a taste of the action and hopefully steer its continued development down the right path, Crossout is a free-to-play game that lets you have a great deal of fun without paying a single penny. After creating an account, you log into the game for the first time and are gifted a bog-standard, lightly-armed vehicle to start out with. Admittedly, this banger won’t set your world on fire, but as you play the game you’ll gain access to a myriad of parts that can be used to create your very own magnum opus. It takes time though – advancement is a slow but rewarding process as you keep adding weapons and structure upgrades to your vehicle – but if you want to speed up the process there are a number of options available.

Packs are available to buy with real money, giving you access to a range of monstrous vehicles and some credits to boot. Or, you can just buy a bundle of credits so that you can quickly acquire the vehicle parts you desire in the game’s marketplace. It’s up to you, and if you don’t want to spend any real money you have other options. The scrap you obtain by playing can be used to craft new parts that pique your interest, but you’ll need to advance in the ranks of your current faction to gain the ability to craft anything fancy. And if you’ve got any parts in storage that you don’t need, you can sell them, building up your balance of credits which can then be used to go shopping for the good stuff.

The fact that Crossout is so much fun to play means that you’ll have no trouble amassing plenty of parts and scrap in no time at all. Especially considering that there are a variety of game modes to get stuck into, each offering their own rewards. There are team based PvP Battles which have objectives, but are more often than not ended by the other team being wiped out. Raids are PvE missions, making them great for players who are just starting out. And again, they have a wide range of team based objectives ranging from collecting crates to defending pump jacks. Brawls, meanwhile, are for the brave souls who want to go it alone, battling against other players in races and all-out combat. And for those who like their gameplay a bit more organised, Clan Battles are also available for teams of four players. 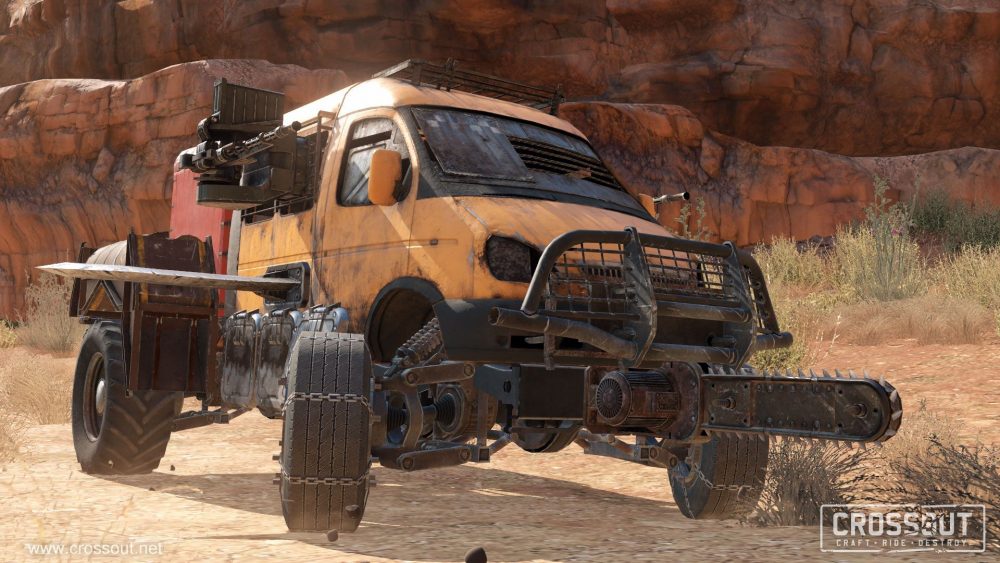 Combat is tense, rewarding and exciting in all available game modes. The controls are responsive, and maps are both expansive and interesting to drive around. More importantly, weapons and collisions feel like they have genuine impact, with bits of vehicles dropping off and being destroyed as each battle rages on. The action is fast-paced too, with battles usually done with in a matter of minutes. Crossout is a great game to play when you’ve only got 20-30 minutes to spare and want some quick thrills. That’s not to say that there’s no reason to play Crossout for hours on end though. In fact, there’s plenty to keep you glued to your screen for extended periods. Weekly and daily challenges offer loot crates and scrap upon completion, and there are also a large number of missions to complete, which change as the game moves through seasons.

If you’re like me, what’ll really keep you occupied for hours on end, however, is assembling your own vehicles from scratch. Building vehicles in Crossout is like playing with LEGO – you’re only limited by your creativity. After laying down your basic structure – complete with cockpit, engine and wheels – anything else you want to add is up to you. You can stack a massive amount of armour plates and pipes on there. Maybe add some spikes to ward off those who try to ram you. And of course, you’ll also want to add a shedload of weapons. The only thing to really bear in mind is your power capacity, though you can always add a generator to expand it a little.

In my opinion, Crossout is free-to-play done right, and I look forward to seeing how the game develops going forward. It’s one of those games that the more time and effort you put into it, the more rewards and enjoyment you get out of it, but you’re free to dip in as infrequently as you like and still have fun. Creating your vehicles of mass destruction is devilishly addictive, and the creativity that the game allows is astounding. Honestly, it’s hard to not be wowed by some of the creations you witness as you play. If you’ve ever enjoyed car combat games like Twisted Metal or Carmageddon, you really do need to give Crossout a try. Available now on PC, PlayStation 4 and Xbox One, go on, it’s free. You’ve got nothing to lose.

Visit the game’s official website to find out more about Crossout.