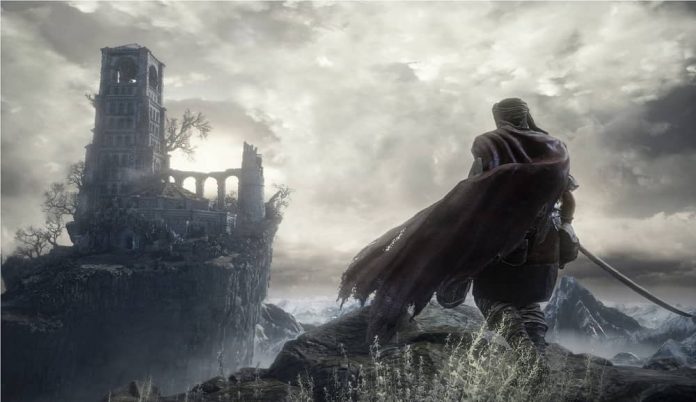 With The Ringed City, the epic saga of Dark Souls, at least for now, comes to its conclusion.

While some felt the final sequences to be anti-climactic, lore-theorists have had a field day interpreting these last clues given to us. I must say, despite the fact there was no grand final cutscene, no credits-roll moment, The Ringed City left me with the feeling that I had at once achieved something colossal and important, and a little empty; a little hollow, too. For a series as thematically steeped in despair as Dark Souls, I’d say that marks a fitting end.

I’ve now had a while to process my thoughts about Dark Souls III, to reflect on the ending of The Ringed City and what it means for the series as a whole, and in doing so, I’ve encountered a startling revelation. What follows is my personal interpretation of the series, an interpretation which in many ways draws on the exceptional work of VaatiVidya and The Ashen Hollow, whose YouTube channels I’d highly recommend if you’re a Souls fan.

Needless to say, I’m going to be discussing a lot of end-game elements, so if you haven’t finished The Ringed City or are sensitive to spoilers, turn back now.

In Dark Souls, the world is caught in a terrible cycle of death and rebirth. The world ages, rots, deteriorates, and just when it reaches absolute breaking point, someone, either a chosen undead, or perhaps even a god, will link the flame, sacrificing themselves and re-kindling the world. During this process of re-kindling, dead souls will resurrect (often re-incarnated in slightly different forms) and the curse of undeath will continue.

Even the landscape seems to change, subtly, with each rebirth. Dark Souls takes place in Lordran. Dark Souls II takes place in a completely new land: Drangleic. In Dark Souls III, we revisit Lordran, only now it is called Lothric. Though some key landmarks remain – the cloud-piercing city of Anor Londo perhaps being the most obvious – their geography seems to be squiggly, not exactly lining up with the geography of the first Dark Souls.

In The Ringed City, we go The Dreg Heap, a disintegrating mulch of all known existence collapsing in on itself at the end of the world. The Dreg Heap features locations from all times and worlds, it seems. In it, we discover the ruins of Earthen Peak, a location from Dark Souls II, and numerous other familiar places. It’s almost as if the process of rebirth finally takes a toll on the world, that it can only be reborn a certain number of times before crumbling entirely. This echoes, strangely, with the lore of a covenant in Dark Souls III known as the Fingers of Rosaria. The Fingers are able to remake themselves, altering their appearance and attributes, but only five times in a lifetime. If they do it more than five times, they turn into a mewling grub incapable of humanity. Is that what has happened by the time we reach The Dreg Heap which surrounds the Ringed City? 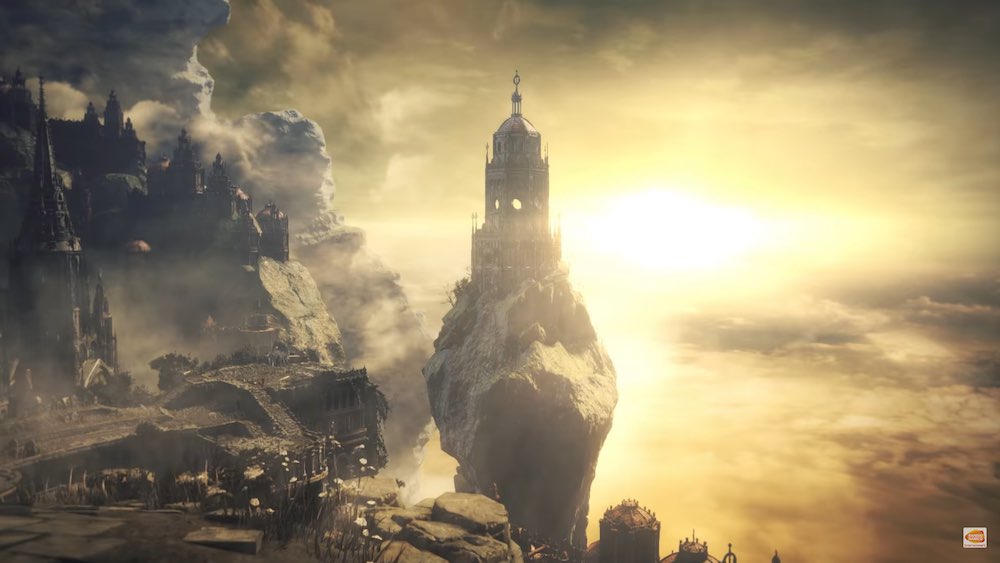 The Curse of Undeath

This process of twisted rebirth was instituted, it would appear, by Gwyn, God of the Sun, Wielder of Lightning, and effectively King among gods. Gwyn feared the coming of the Dark. And so, to cling on to the Age of Fire (synonymous with the Age of the Gods) he cursed humanity with the Dark Sign, a ring of fire to keep in the Dark, a ring that branded humanity with the curse of undeath, making them immortal, but also leading them to slowly lose their humanity, sanity and memory.

This process was known as Hollowing. And, over time, the land would become full of lost, mad Hollows. While not all the details of this are absolutely set in stone (is anything, in Dark Souls?), we have a general idea that this, or something similar, is what happened at the close of the Age of Gods right before the action of the original Dark Souls game. We also suspect that Gwyn sacrificed his god-hood in order to link the fire for the first time, and thus seal the fate of humanity, and keep the Flame burning.

At the end of the first Dark Souls, we had a choice to link the flame or let the fire die and usher in the Age of Dark, where humanity will come to rule the earth instead of the gods. Humans, in the Dark Souls universe, are intimately tied to the Dark. Humanity is described as a “black flame”, and the Furtive Pygmy, the alleged progenitor of human-kind, bore the Dark Soul itself. However, it seems that given in subsequent Dark Souls games the fire has been linked, or else, some kind of rebirth has taken place, we can only assume that even if we do usher in the Age of Dark, even that is not strong enough to break Gwyn’s curse and break the cycle of flame.

By the time we get to Dark Souls III, there have been what seems like hundreds if not thousands of years of cycles.