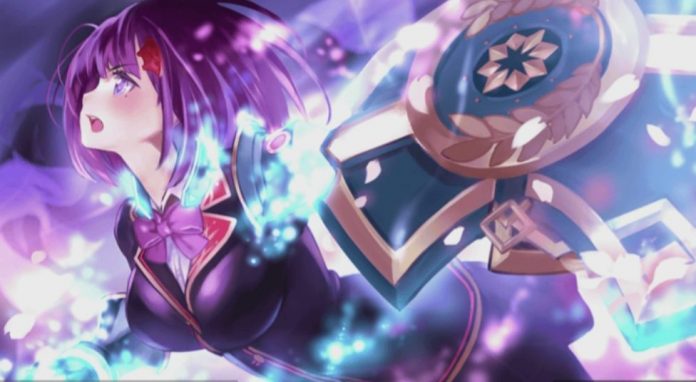 As a newcomer to the franchise, I found Operation Babel: New Tokyo Legacy to be a real mixed bag; like eating your way through a whole box of Quality Street, there’s good (hazelnut in caramel) and bad (orange creme) in equal measure.

By the end, I felt like it had been overdone. That’s not to say I didn’t enjoy some of my time with Operation Babel: New Tokyo Legacy. Just that moments of interest and enjoyment (chocolate fudge) had been overshadowed by tedium and boredom (strawberry creme). Having to endure the bad to get to the good is never a good thing. So much so, that I’m reluctant to say whether I want return for a second helping.

Taking control of the Xth Squad, you’re tasked with investigating the Embryo – a huge imposing sphere that has appeared above the Tokyo skyline. “Variants” – the name given to enemies in the game – have been causing chaos throughout the city and it’s up to you and your team to clear them out and save the world. If all this sounds pretty familiar, then you’re right. Many of the story beats were forgettable and felt a lot like filler. By no means was I expecting an all-engrossing narrative experience from a dungeon crawling JRPG, but I left the game several times not knowing what the hell was actually going on.

Take this literary gem for example: “I’ve already installed some minor Item Codes to your S-vice, as well as your Blood Code, the source of an Xth member’s power.” This jargon is a great way to turn away new players to the franchise, especially since its meaning is so poorly explained. You can garner some meaning through the Xth Squad’s in-game handbook – though I can’t help but feel this should be a supporting document that supplements gameplay, not essential reading for new players.

The main gameplay loop in Operation Babel is a good, if well-trodden one. The mix of combat and exploration is well-paced for the most part, although neither ever achieves greatness. In fact, exploration especially grew tedious very quickly, mainly due to the drab and dull environments. Dungeon layouts are on a grid system, which regularly reduces level design to a litany of corridors with few branching paths or opportunities for meaningful exploration. As it’s primarily a dungeon crawler from a first-person perspective, you’ll spend many hours traversing dungeons, killing variants and of course, finding loot. The problem is most of the environments are neither exciting or inviting. 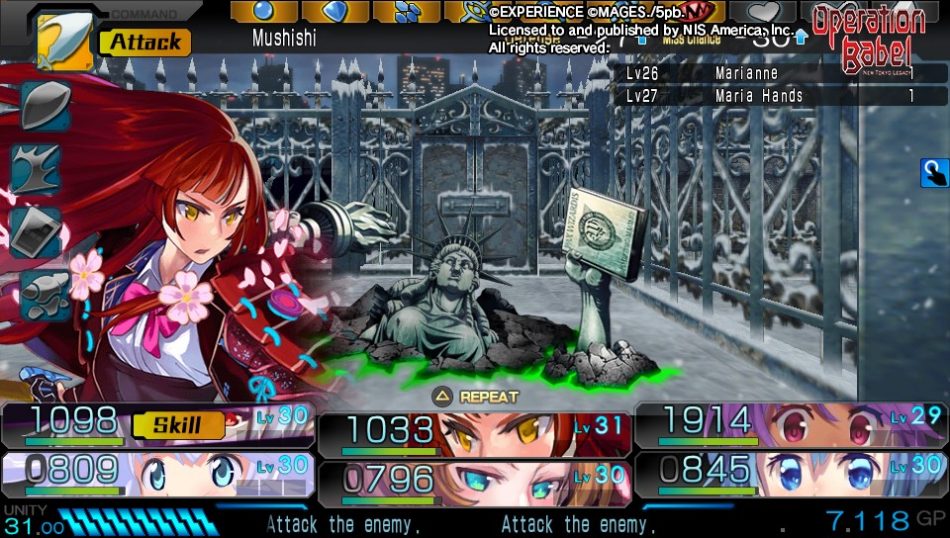 Combat is much like you’d expect – turn based with random encounters. Your party is organised into two rows. Generally you’ll want your heavy hitters at the front and your supporting units at the back to avoid them taking the bulk of the damage. While you are able to issue different combat commands to each member of your group individually, the game allows you to repeat the same actions again at the touch of a button. This saves a lot of time. Also the ability to skip the accompanying combat animations speeds things up a ton, making battling bog-standard enemies potentially a very quick encounter if you want it that way. The ability to skip is a welcome addition, however is does highlight a glaring issue – watching combat play out isn’t all that fun.

As for the game’s characters, during my playthrough, some were introduced for one or two scenes of dialogue only. These characters from past games in the series add fan service to long-standing followers. But this again will alienate new players who aren’t familiar with them. However, the character art, especially their portraits are visually very impressive. They are striking, pretty and a welcome change to the dreary design on the dungeon interiors.

The customisation options allow plenty of experimentation when it comes to party composition. The ability for characters to have sub-classes is an interesting one, allowing for far more diversity in character creation. At the beginning you’re given the option to start with the default party and characters, or to create your own from scratch. I found that the default party was pretty well balanced, if not actually a little overpowered. Either that or the game was just way too easy to start. That is, until most boss fights, which I found wildly unfair due to unwarranted difficulty spikes. I had to return to previous dungeons for a couple of hours of extra grinding before I could return and defeat the boss. This harms the pacing of the game and feels like a cheap and easy way to extend its length.

The interface through which you control all your actions is underdeveloped and overwhelming. The barrage of stats and menus took me hours to get to grips with. I spent a lot of time just navigating menus, analysing my equipment and basically figuring out what it all meant. This is rarely fun and I can’t help but think this will only go to further discourage new players to the franchise. 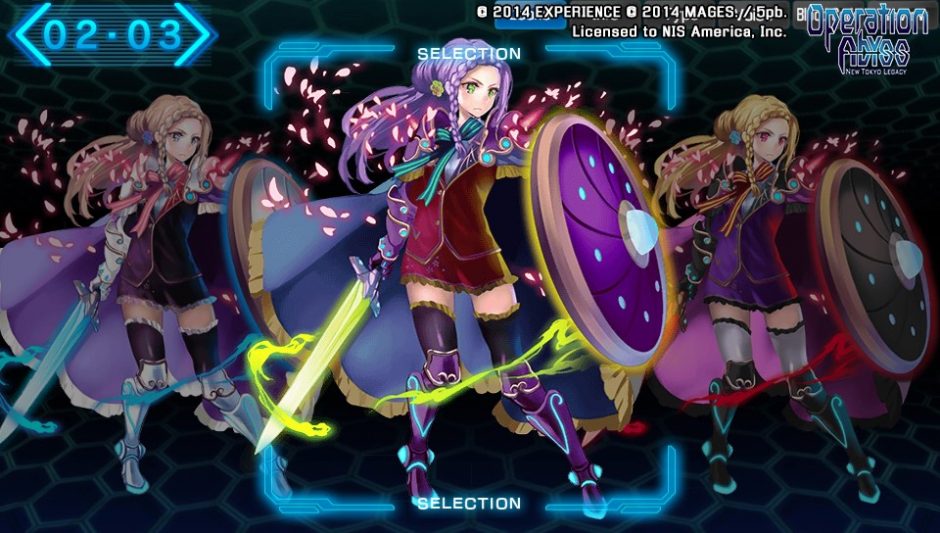 I’ve no doubt that Operation Babel: New Tokyo Legacy will be enjoyed by some. If you’re already previously invested in its universe, characters and gameplay, then I’m sure there’s a lot to like here. However, for a newcomer to the series, I found the lack of tutorials frustrating, the environments and world to be visually bland, and the gameplay loop not engaging enough to make me want to come back for more. The Playstation Vita (the undisputed home of dungeon crawling JRPGs) has plenty of other offerings in this genre, so unless you’re a die-hard fan of the series, it’s better to look elsewhere.