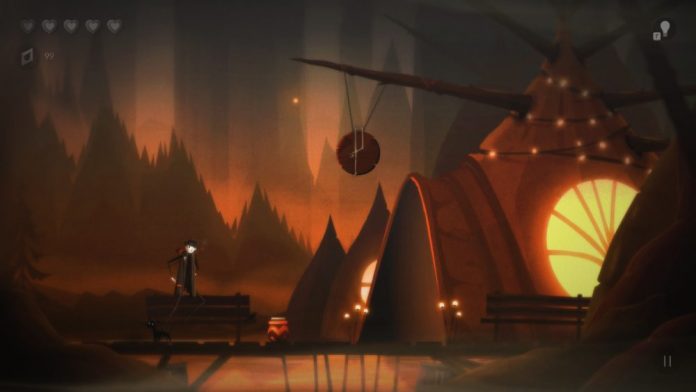 Via Hamlet’s Lord Polonius, William Shakespeare once said “brevity is the soul of wit” and not just wit, say I, but of the best kind of emotive video games. Games like Pinstripe.

Pinstripe is short. You could comfortably beat it within a few hours – for your first playthrough, at least – meaning that you can, and absolutely should, play it in one go. You see, like 2012’s Journey, Pinstripe is as much about the story, the characters and the emotions than most video games. But, unlike thatgamecompany’s masterpiece of post-apocalyptic environmental storytelling, Pinstripe developer Thomas Brush is painting a much more human-sized picture.

“While Pinstripe plays like your typical 2D platformer… it’s the nature of its often puzzle-based gameplay that really elevates it and makes the journey all the more interesting.”

When ex-minister Teddy’s daughter, Bo, is kidnapped by the eponymous Mr. Pinstripe, he’s faced with the challenge of traversing Hell itself in order to recover the memories of his past and get her back. While Pinstripe plays like your typical 2D platformer – left, right, jump, shoot – it’s the nature of its often puzzle-based gameplay that really elevates it and makes Teddy’s journey all the more interesting. That being said, the puzzles are never particularly hard and you’ll spend most of your puzzle-solving time scanning the bemusingly troublesome spot-the-difference pictures that appear now and again.

For all that, though, Pinstripe‘s gameplay never gets boring. There are more than enough distractions from running and jumping, plenty of items and some people to interact with and the levels are put together so well that even some required backtracking feels welcome – of course, that’s helped immensely by the game’s visuals, because Pinstripe is beautiful. 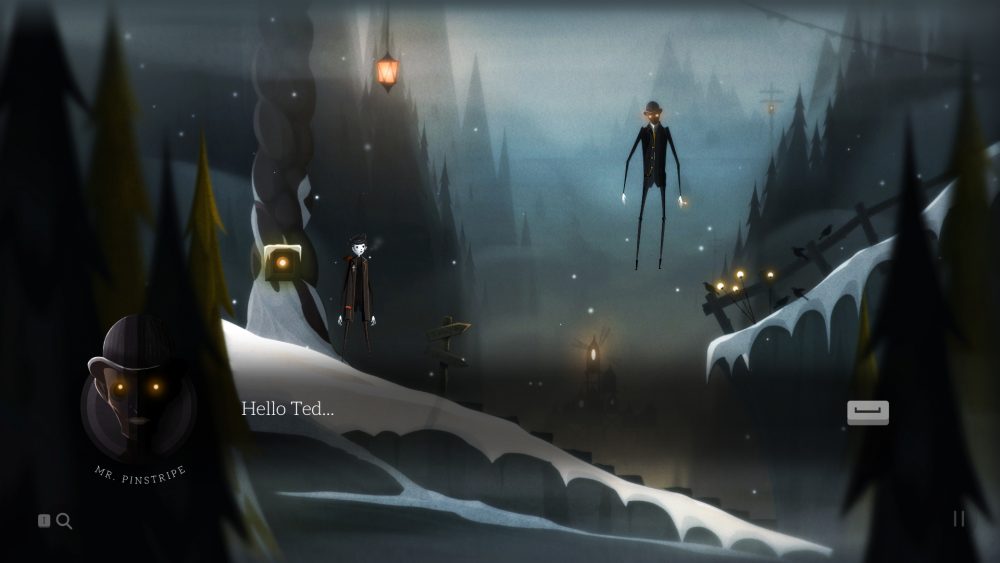 It’s difficult not to see smatterings of Tim Burton’s The Nightmare Before Christmas or Tadahiro Uesugi’s work on the 2009 film Coraline in Brush’s designs for Pinstripe: lanky figures; a more-often-than-not washed out pallet, punctuated by bright bursts of colour; strange and absurdist structures and weird woodlands, where spiky branches protrude from too-tall trees. The game’s soundtrack compliments the visuals incredibly well and it’s clear to see that Brush values music as highly as anything else in the game, being that it only ever improves upon what you’re seeing and doing and adds, possibly more than any other element, to the game’s mounting feelings of dread and despair as Ted gets ever closer to his goal.

Something else that Pinstripe relies upon to fuel the disturbing range of emotions that you’ll encounter as you play is dialogue – helped no end by possibly the finest voice acting in any indie (and some AAA) games I’ve ever heard. From the outset, your heartstrings will be pulled upon by Bo’s warm, lilting voice as she invites you to play Sherlock to her Watson in an investigation on the train – the investigation that leads to the first encounter with the hideously creepy Mr. Pinstripe, with his uncontrollable pitch and tendency to lapse into hurling base insults at Teddy – and then to the rest of the denizens of Hell and all of their strange quirks of personality and phrase.

“I’ve spent hundreds of hours playing video games before now and, at the conclusion, felt good for having completed it… but it’s those shorter games, games like Pinstripe, that stick out in my mind as having formed a real connection and left a lasting impression.”

Of particular note is George, your dog, who comes along and helps out with finding important artefacts in the game world and Mr. Dicky, one of the first people you meet who perfectly encompasses the timeless sadness that most of the people in Hell exhibit and in whom you’ll have to place your trust before you begin your search for Bo.

As I said, that search shouldn’t take you too long but, once you’re done, you can begin a new adventure in Pinstripe‘s version of New Game+, wherein you are able to visit additional areas and collect more frozen drops (the in-game currency) to buy previously unattainable items from Happy’s bizarre little shop. If you’ve played the good guy through all of your dialogue choices in your previous run, you might also want to switch it up a bit to see how Hell handles Ted’s utter bastard side.

Of course, that does mean contending, more than once, with the game’s ending. Pinstripe does so much well but it’s in the delivery of Ted and Bo’s story; the little details that build and build, leading to a huge revelation when understanding finally dawns and then the coup de grace in Thomas Brush’s wonderfully well crafted epilogue – another fully playable ‘level’ that is both satisfying and somewhat ambiguious – rips out your heart and, if you’re anything like me, makes you sit dumbfounded in front of the computer, wondering how you’re going to do experience anything else after this.

I’ve spent hundreds of hours playing video games before now and, at the conclusion, felt good for having completed it – possibly even responded in some way at the culmination of the plot – but it’s those shorter games, games like Journey, The Town of Light and, indeed, Pinstripe, that stick out in my mind as having formed a real connection and left a lasting impression. I’m tempted to believe that it’s the fact that these games are so brief that makes them so emotive. They are constantly telling a story in every way a video game can – through dialogue or interaction, environment and sound – forcing the player to experience it at every turn, rather than allowing us to meander through the mile-wide and inch-deep worldbuilding that seems to have become de rigueur for a lot of games today.

Likewise, Pinstripe is constantly telling its story. At times, it’s almost hard to bear the weight of it but if you can progress through the realms of Hell and discover the truth that wily old Mr. Pinstripe hides behind, you may just find yourself moved, as I did.

Pinstripe is available on PC and is coming to PS4 later this year. We reviewed the PC version. 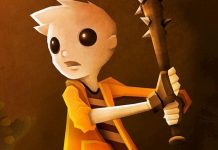