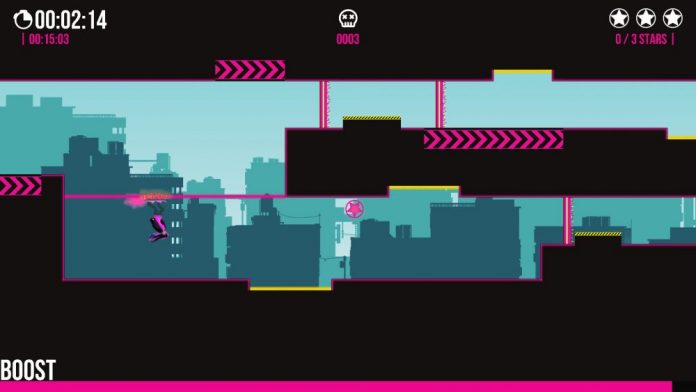 Do you like games that constantly remind you that you’re probably not that good at games?

AFTERGRINDER, which is likely stylised all in caps because that’s how you’ll be saying it when you’ve died and retried for the 100th time, is set to be one of those games that does just that. Launching on 18th July, it’s all dressed up as a modern day Romeo and Juliet tale, with the leader of one of two rival gangs falling in love with the other gang leader’s sister. With the streets now unsafe, you’ll have to skate your way across the city to keep love alive.

Featuring 90 fast-paced levels spread across three worlds, three playable characters that also define the game’s difficulty, and an absolutely banging techno soundtrack, AFTERGRINDER promises to be a very challenging experience in which you race through environments flipping between the right-side up and upside-down to avoid obstacles. If things just aren’t quite fast enough for you there’s also a boost bar, you know, to give you a sudden burst of speed. Oh, and you get a limited supply of continues too. Mess up too many times and it’s back to the start of the game you go.

If the sound of AFTERGRINDER piques your interest, why not give the trailer below a watch or visit its page on Steam. We’ll have a review of the game ready for you before its 18th July release – provided it’s not driven us to the depths of despair by then that is. 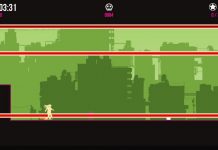