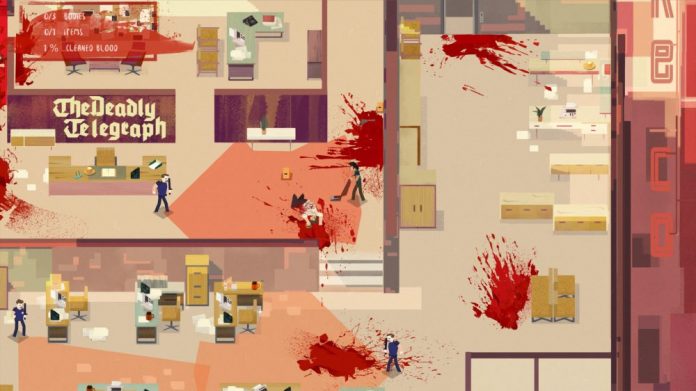 You know how in Hotline Miami you leave a bloody mess wherever you go? Have you ever wondered who gets landed with the job of cleaning it all up? Well, Serial Cleaner by iFun4all is here to give you an insight.

Placing you in the shoes of a “cleaner”, in Serial Cleaner it’s your job to visit grisly crime scenes and dispose of incriminating evidence while avoiding any police officers that are on the scene. It is, essentially, the reverse of Hotline Miami; instead of butchering anything that moves and leaving a gory bloody mess, you’re sneaking around mopping up blood and removing any corpses and evidence lying around.

Gameplay wise, it has the same hardcore feeling as Hotline Miami too, despite its charming papercraft-like visuals. Maps are quite small; you have to study your enemies’ movement patterns to work out the best route to achieve your task, and if you get spotted, well, you better run to a hiding place fast or it’s back to the beginning of the level you go. Making matters more tricky is that levels are randomised, meaning that if you do get caught, the bodies and evidence that you need to remove may not be in the same place as your last attempt. That would just be too easy.

Releasing on PS4 on July 11, and then on Xbox One and PC on July 14, Serial Cleaner is definitely a title you should keep on your radar if you like some sinister yet addictive fun. It’s challenging, but its pick up and play nature means you’ll be going back again and again to clean up those crime scenes like no one else could. Come back on July 11 when we’ll have a full review. Until then, watch us complete a handful of missions to whet your appetite. 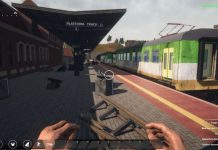