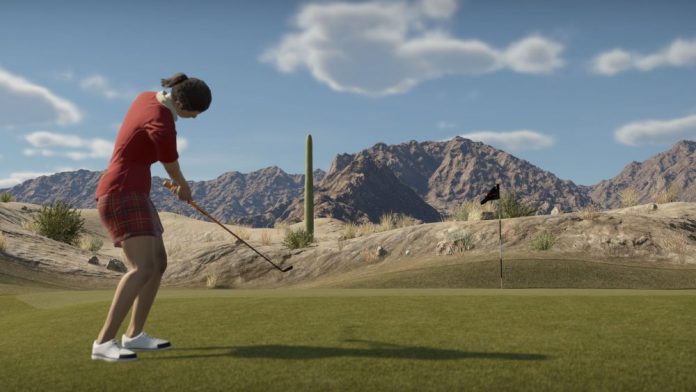 I’m not a golfer, but I’ve been known to enjoy a good session on EA’s PGA Tour games in the past.

I was looking forward to getting back into the swing of things (heh heh) with The Golf Club 2, but unfortunately it just left me disappointed more than anything.

The Golf Club 2 is a very social experience. At least, that’s what developer HB Studios is going for. The use of the word ‘Club’ in the title isn’t merely a fun play on words; this is a game that’s just as much about forming social groups and societies as it is about playing the game. Unfortunately, it feels like more emphasis has been placed on the social elements than the actual gameplay, and for me, that’s where The Golf Club 2 falls down.

Following a fairly standard tutorial session that auto-starts the first time you play the game, there are a few options to choose from to jump into gameplay: Play, Career and Societies. Play is the most straightforward, letting you choose from any course – official or player-created – and jump straight into a round of golf. So far so good, right? Career and Societies get a little more convoluted, however. Rather than the Career option delving you straight into a predetermined, well, career like you might expect, it opens you into a new clubhouse, from where you need to create your own events and compete against an AI leaderboard. Societies feels somewhat similar, but there you’ll be grouping together with other players, competing on a leaderboard, and earning upgrades for your society’s clubhouse.

If you want a social experience to be able to prove your worth against other players, then The Golf Club 2 probably has something worthwhile for you. But if you’re a casual player wanting an enjoyable round on the green, you’re likely to be disappointed. Outside of the basic ‘Play’ option, The Golf Club 2‘s menus are not at all user friendly. The menus are sluggish too, and load times are far too long. I felt like I spent more time watching a spinning golf ball on the loading screen than I did actually hitting one. 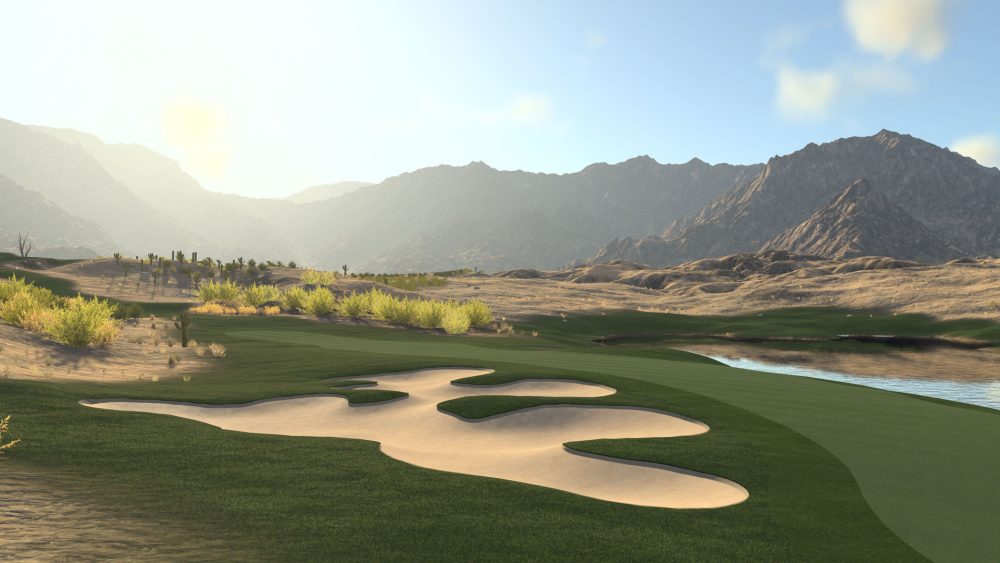 When you do finally get into a game of golf, it’s not all bad. Graphically, The Golf Club 2 looks fine – it doesn’t exactly push the boundaries of your console, but it’s pleasant enough. However you access a game, whether it’s through the quicker Play option or through the Career menu, it’s pretty much the same once you’re on the green. Swinging your club to hit the ball is a simple case of swinging your analogue stick back and forth, the speed and how far you pull back dictating how far your ball will travel. For more advanced players, there are a number of other options you can tinker with to finely tune your shot, but for the average player, just swinging your stick is usually good enough, adjusting your angle to account for wind.

On the green, hitting the ball isn’t much of a problem. Even in bunkers and in the rough, it’s fairly straightforward and controls feel accurate enough. On the putting green though, it’s a different story altogether. Putting requires a level of accuracy that’s extremely hard to measure with just an analogue stick, and reading the undulations of the green to calculate your shot is almost impossible. The Golf Club 2 uses a grid system with moving lines to show any slopes on the putting green, but they rarely help, and often doesn’t seem to correlate with every random lump and bump that’s likely to send your ball careening off-course. Unless your ball happens to be a mere few inches away from the hole, putting is likely to be a very frustrating affair.

In my case, this meant that putting attempts alone would put me massively over par over the course of a tournament. Even with the game difficulty turned down to the easiest setting (which seems to affect very little but how sensitive your analogue stick is at hitting accurate shots), AI opponents are still highly skilled and will rarely, if ever, score under par. Unless you’ve mastered The Golf Club 2‘s horrendous putting, you’re likely to find yourself way down the leaderboards every time.

It’s not all bad though. The option to create your own courses in The Golf Club 2 is a nice touch, and that, along with being able to play any user-created course means there’s practically an unlimited amount of courses. That’s great news for those who do enjoy its convoluted options and somewhat frustrating gameplay. If you’re a golf aficionado and enjoy teaming up with others, then The Golf Club 2 is likely to satiate your needs from a golfing game. If you’re something of a casual amateur however, you’re very unlikely to gleam much enjoyment from it. Do yourself a favour and stick to PGA.

The Golf Club 2 is available on PC, Xbox One and PS4. We reviewed the Xbox One version.