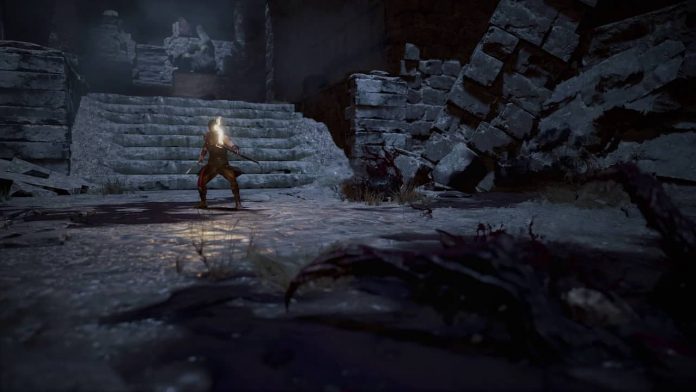 Theseus is a modern re-imagining of the classic Greek myth that functions like a movie. With an over-the-shoulder style approach, this PSVR experience is all about the environment, as the gameplay itself continually falters.

Greek mythology plays host to a vast selection of enthralling, captivating legends. Among the hundreds of tales, there lies the story of Theseus and the Minotaur. To paraphrase: a labyrinth was constructed and the Minotaur was placed therein. People were sent to slay the Minotaur, only to be defeated and eaten. Theseus steps up, meets Princess Ariadne (who gives him a thread so he can escape the labyrinth), and the Minotaur falls.

Through a revamped approach to the myth, you pilot Theseus on his adventure with Ariadne. Big set pieces, epic scale, and wonderful creatures make the experience truly mythical. Unfortunately, mechanical bugs, sloppy combat, and little depth make this labyrinth a bit uninviting.

Right from the start, you’ll probably notice Theseus isn’t first-person. It’s a bit odd, but after finishing the game I feel it was the appropriate way to approach it. You awaken on a stone slab, greeted by the voice of Ariadne who will guide you. From that point on, it becomes a pretty simple action/adventure game.

The majority of the experience is spent exploring the labyrinth and figuring out where to go and how. There are some puzzle elements, though they are quite simple, as well as some combat. A few wrinkles in the story will keep you engaged, but nothing necessarily surprises. Without a doubt, the scale and feel of the environment is immersive; the labyrinth is beautifully designed. Despite the shallow gameplay and lack of depth, the journey through the Minotaur’s lair is aesthetically pleasing. 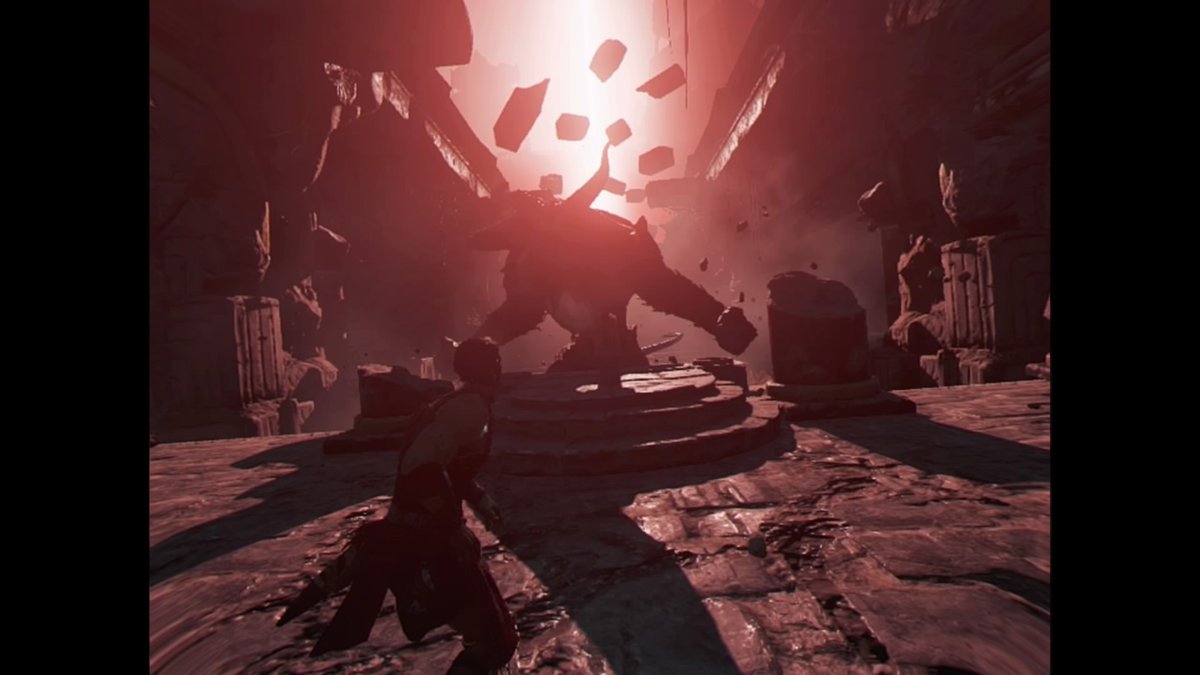 Theseus doesn’t offer much in the way of development, but you’ll earn a torch and a sword as you play. With these, you can fend off enemies, solve puzzles, and eventually escape the labyrinth. The combat is clunky, slow, and a bit shoddy. You can ignite and/or scare enemies with the torch, which is the simplest and cheesiest way to succeed in combat. Your sword combos are slow and leave you open to attack. Dying in a fight is no fun, either, as the checkpoints are few and far in between.

The legend of Theseus is an incredible story, but the magic and might of that tale unfortunately seeps out of this one. While it looks wonderful, it plays like a forgotten story.

The labyrinth in Theseus won’t hold you too tightly, either. Without any slip-ups, this story ends inside of two hours. I had a few bugs after death, like respawning in a giant void of nothingness. I waited to actually respawn, because, you know, giant voids of nothingness aren’t uncommon in Greek mythology so I thought it might be intentional. But, no. Just a void. A reboot sorted that out, but in a VR title, that really pulls the veil off your eyes.

There was a grand sense of awe and scale to the world of Theseus, it just wasn’t evident in the whole package. If anything, the game successfully reminds you of the wonder and imagination of Greek myth, while also reminding you that VR still isn’t the perfect machine. It captured the heart of the source material, but it didn’t quite capture the essence of a fleshed out game.

Theseus is a mixture of good and bad elements. The bad aren’t inherently bad, just not fully developed. It’s a story brimming with excitement and wonder, thrown into an experience ripe for improvement. Developer Forge Reply picked a great myth to tackle, and one that works astoundingly well in VR. The shortcomings are too numerous, however, to be overlooked. Shallow gameplay, slow/shaky combat, and a lack of depth make the game more watch than play.

That being said, Theseus was one of the more memorable PSVR titles I’ve played in terms of the mood and level design. Striking environments and a fantastic sense of scale really placed you in Theseus’ sandals. Unfortunately, it’s another title for PSVR that reminds us more of the work that still needs to be done than the tools we have at hand. A title that shows its teeth, only to realise it lost a few.

Theseus is available on PlayStation 4, exclusive to PSVR.