It’s been a week in which a copy of Super Mario Bros sold for £23,000 merely because it had been bathed in the saliva of Mario designer Shigeru Miyamoto.

But what else has happened in the sherry-addled world of gaming? Totally True Gaming News is here to keep you up to date on all the definitely-not-made-up news that you need to know.

Despite the fact that Metal Gear Survive has yet to be released, Konami are working on a new episodic Metal Gear Solid game which will take place before any of the other entries in the series. Metal Gear Babies will be a point-and-click adventure following the childhood adventures of Solid Snake and his friends as they get into all manner of youthful shenanigans.

The first episode will have Snake trying to win a Metal Gear race while also dealing with the neighbourhood bully, Nerf Ocelot. The full voice cast has yet to be revealed but Ashley Johnson will be playing Lil’ Quiet, Snake’s sidekick who keeps going blue in the face and collapsing because she’s convinced she can breathe through her skin.

Paranormal Activity: The Lost Soul to bring blinding stupidity to the world of virtual reality

Already available through Steam Early Access, VR horror game Paranormal Activity: The Lost Soul is set to let Playstation VR owners experience the world of the popular found footage series. Entering the world of Paranormal Activity, players will be able to make a series of unbelievably stupid virtual decisions such as staying in a house that is clearly haunted, failing to call the police and never putting their camera down even when someone is clearly in trouble. 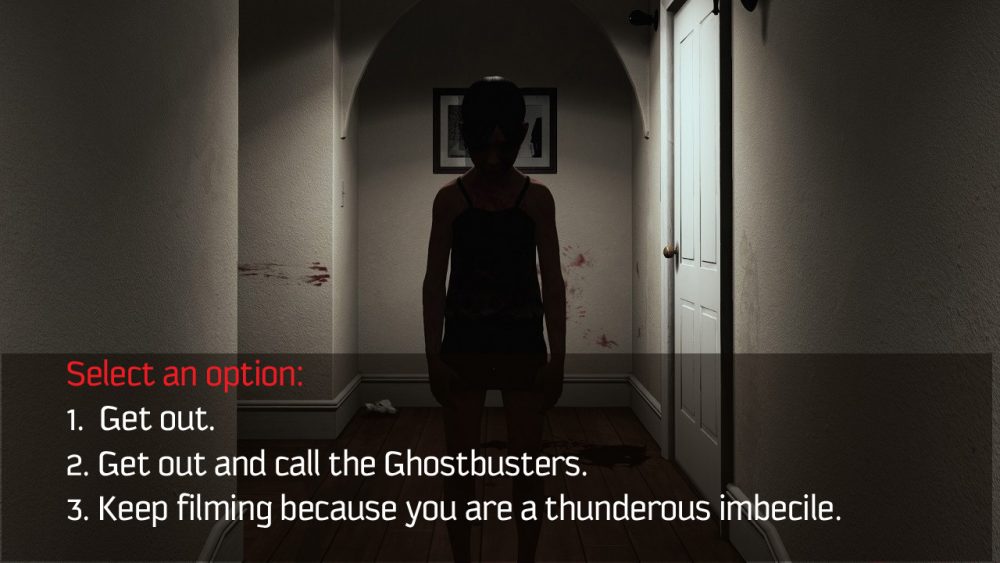 Creators VRWERX are also working on a Blair Witch game which will have HTC Vive owners screaming at sticks.

Ex-Hitman developers Ultra Ultra have canned their upcoming game, ECHO, which was originally due for release on the PC and PlayStation 4 this September. The sci-fi title was set to feature computer-controlled clones that learnt from and mirrored gamers’ own play styles. Ultra Ultra designer Will Simons explained the reasons for the cancellation:

“Things were all going well till we opened ECHO up for public testing; we invited a random group of gamers in to see what the game would learn from them. Two hours later it had acquired so many bad habits it was clear we could never, ever release it.”

“It wasn’t so much the teabagging, although the sight of someone being teabagged by seventy-two of their own clones was really quite something.”

“No, it was the stream of digital abuse that led to us pull the plug on the game. Five minutes into the testing session, ECHO’s AI had learnt to flip people off and ten minutes later it was emulating players by unleashing all manner of offensive epithets. By the time we sent the testers home, the room was awash with blue language. ECHO’s virtual opponents were insulting gamers’ gender, race, sexual preference, console ownership, taste in clothing and even their choice of toothpaste. We actually think it invented several slurs that didn’t previously exist; that or it was pulling terms off UrbanDictionary.”

Ultra Ultra’s next game will be a virtual kitten simulator.

Sony this week announced that European Playstation Plus users will see their subscription prices rise by up to 25%. To counter complaints about the price hike, the company will be launching an alternative online service, dubbed “PlayStation Pus”. PlayStation 4 owners who subscribe to this service will be able to access Sony’s online functions for half the cost of a PlayStation Plus subscription.

The only drawback is that those using PlayStation Pus will have to put up with warm, yellow pus constantly oozing from their controller. “We believe that having your hands covered in wet, reeking discharge is an entirely reasonable trade-off for the discount we’re offering,” explained Sony spokesman Cark Merny.

Predictions for next week; Bumble Humble launched to offer discount bees, Angry Joe launches a tirade against Angry Joe, and Wal-Mart exec explains his company’s SNES Classic order cancellations from inside of a fort made of NES Classics.