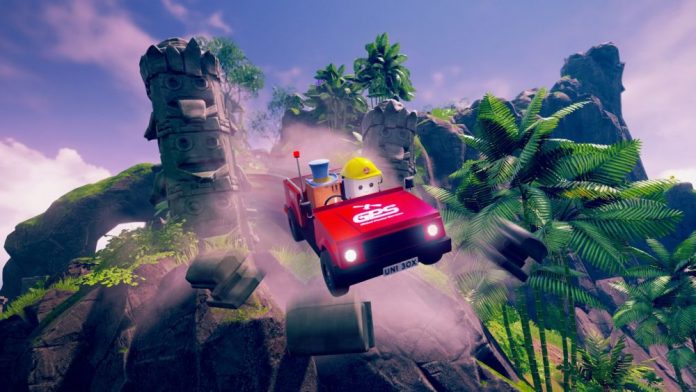 I’ve played as a human, a robot, a Lombax, a dog. Hell, I’ve even played as a piece of bread. Never before, however, have I played as a cardboard box. In Unbox: Newbie’s Adventure, you play as Newbie, a sentient cardboard box that can roll, jump and “unbox” his way to saving the world. This brilliant 3D platformer did not disappoint in any way, and the game definitely punched above its weight class to show that you don’t need limbs, a head, or any human features to go on an epic adventure.

Unbox: Newbie’s Adventure is set in a world where the Global Postal Service (GPS) has created an army of sentient cardboard boxes to make delivering a much more streamlined and efficient process. Some of these boxes, however, went rogue and formed the Wild Cards. The Wild Cards are a faction set on destroying the GPS and forming the Greaser Postal Service. When all seemes lost, the GPS build Newbie to save their company. It’s a ridiculous and whimsical story, but one that serves the game superbly. Like 3D platformers of old, the game is written well with witty puns and one-liners shoehorned in throughout. The story is not the most memorable part of this game, but because Unbox: Newbie’s Adventure never takes itself too seriously, it pays off supremely. Moreso in fact than the big brand Yooka-Laylee, also released this year.

Unbox: Newbie’s Adventure also benefits from strong and inviting visuals. Despite some minor but consistent wall glitches where they would sometimes disappear, the visuals keep the experience fresh every time you play, painting a stylized colour palette across the experience. These visuals are also backed up by a soundtrack that perfectly captures the fun and easy-going feeling of the game. Largely dominated by steel-drums, the soundtrack offers a fun-loving summer feel, which, if like me you’re not going anywhere tropical this summer, is a perfect escape. 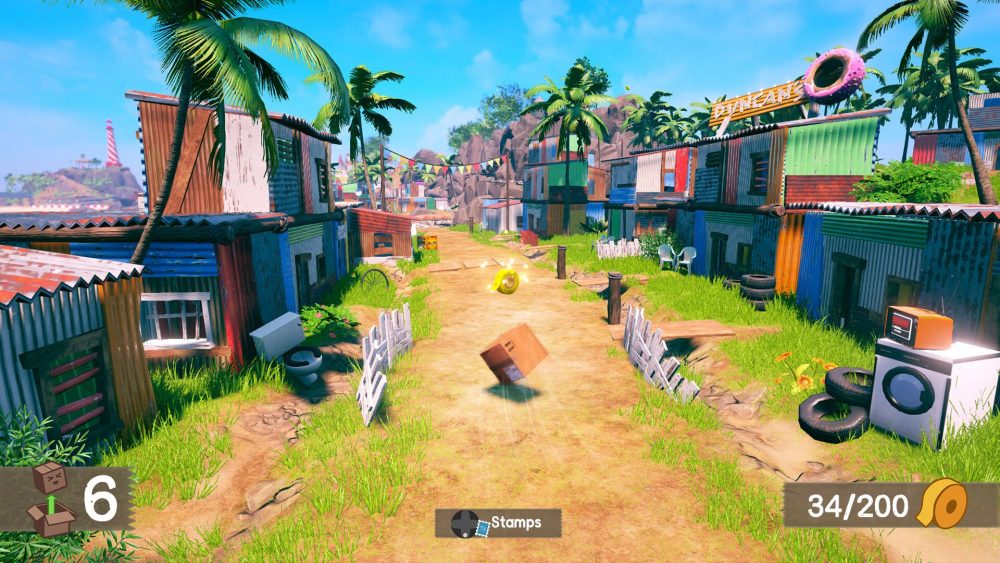 Gameplay is where Unbox: Newbie’s Adventure really thrives. While rolling around as your customized version of Newbie, you can jump, then jump or “unbox” again  in the air a maximum of six times. This mechanic is excellent for both completing challenging sections of platforming as well as exploring the large, open world levels you’re faced with.

A few instances of the gameplay not succeeding, then, is when this central mechanic of unboxing is taken away from you. Disrupting the rhythm of the game to complete some challenges gets old very quickly, and you suddenly feel robbed of the skill you’ve been mastering since the beginning. Moreover, playing as a box was actually the most in control I’ve ever felt while playing a 3D platformer. Because there’s no front to Newbie, you never have the Mario 64 problem of never knowing exactly which direction you’re facing. At any time you can roll in whatever direction you choose without having to turn to face another way.

Some brilliant level design allows for lots of exploration to find the 200 pieces of gold tape scattered around each world. It also allows for some great challenges to collect stamps, the progression tool of each world. The brilliant thing is, the experience never feels like a collectathon, in which you’re a slave to finding and gathering. Finding gold tape and friendly boxes that have been trapped in cages by the Wild Cards is always satisfying, often drawing me away from progression. One disappointment, however, is the trophy list. In a game bursting with so many small challenges and exploration, the trophy list is fairly brief. It would have been an added motivation to gain 100% completion in each level if there were some smaller trophies spurring me on, never mind a platinum trophy to serve as an end goal. 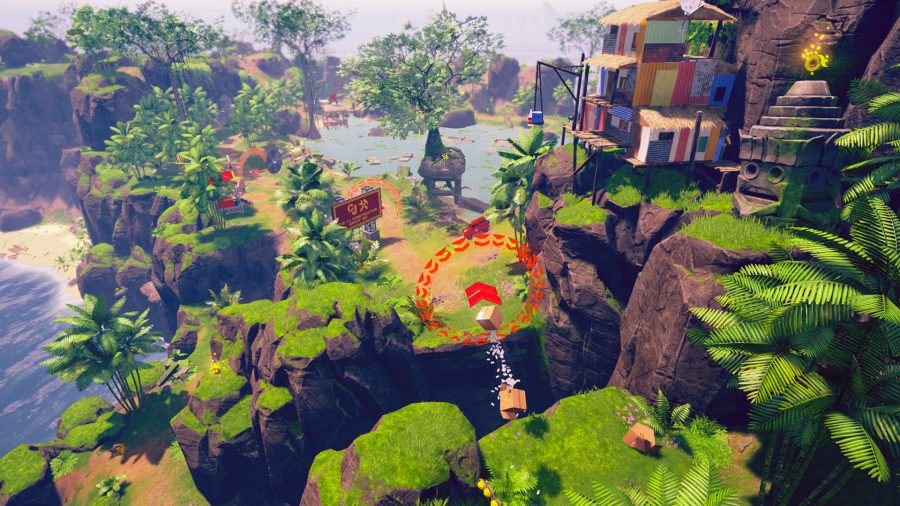 Despite my initial worries that the three worlds offered by Unbox: Newbie’s Adventure wouldn’t be enough, the game actually ended up being the perfect length. Less time investment meant I never felt like I was a slave to collecting. It also meant the game didn’t have enough time to take itself too seriously. To compare with this, I’ve spent a similar amount of time in Yooka-Laylee, only reaching the second of five levels. Unbox: Newbie’s Adventure gave me a shorter, sweeter experience, leaving a nicer taste in my mouth by the end. Nonetheless, the game was long enough to show me that some challenges could have been created with a bit more inspiration. After the first world, I noticed many of the challenges I was completing were copy and pasted from the first world. It wasn’t disastrous in the grand scheme of things, but it definitely left me wanting more diverse challenges to complete.

Unbox: Newbie’s Adventure is one of the unexpected gems of this year. Developer Prospect Games has a quiet classic on their hands here. I actually struggle to think of another whimsical and fun experience from this year that can rival this title. While the mixed reviews of Yooka-Laylee made people question if 3D platformers were just a thing of the past to be forgotten, Unbox: Newbie’s Adventure shows that new things can still be done in the genre to produce some real gold dust. 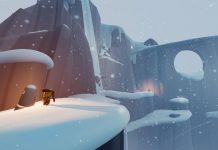