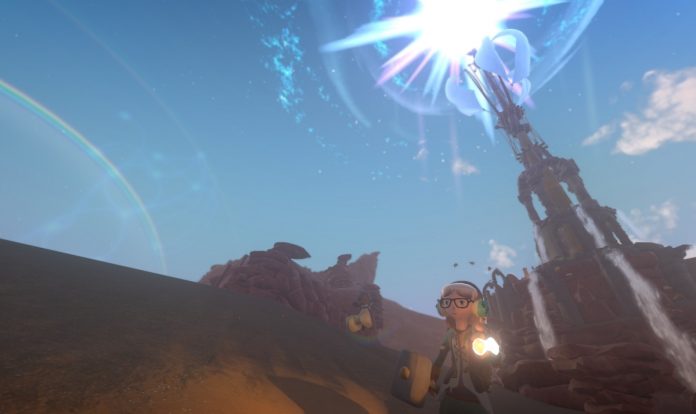 I can’t stress enough how lovely Yonder: The Cloud Catcher Chronicles is.

Enter Yonder: The Cloud Catcher Chronicles. It’s the perfect antidote to any stress of the daily grind, and is nothing but a pleasant experience from start to finish.

Yonder is an open world RPG adventure of sorts. There’s a story that sees you shipwrecked on an island – incidentally the island you were destined to land on – befallen with a curse. A strange, dark substance known as “murk” is lingering around certain areas of the island, and it’s up to you to remove it and restore the island to its former glory. 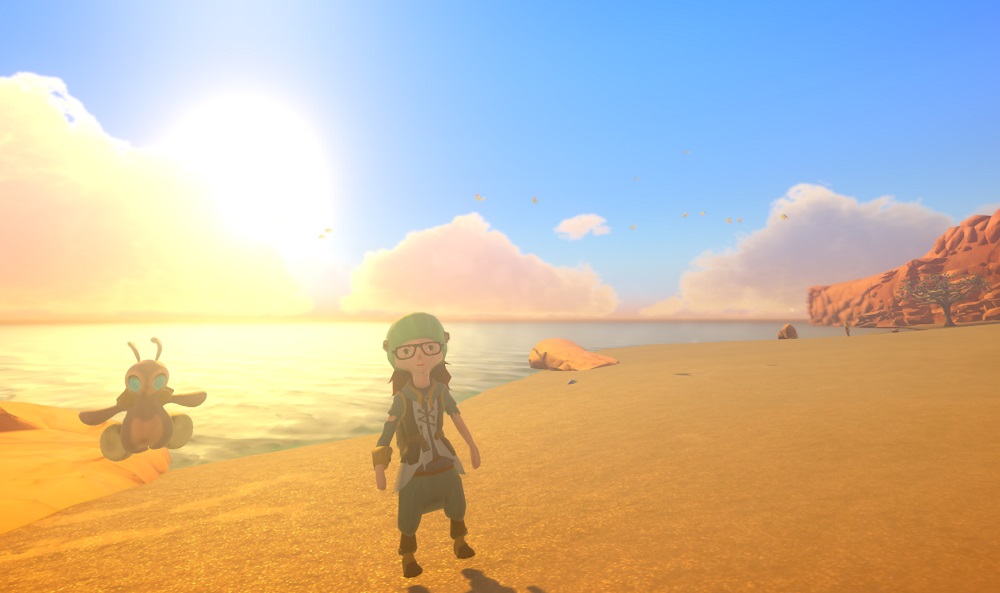 Admittedly, the narrative is pretty loose. It’s there; there’s some further discovery about who your character is and how the murk came to be, but to be honest, it wasn’t really necessary and I didn’t care much for it. I didn’t need to – I was having enough fun exploring the island and completing little tasks as it was.

Without knowing much of the game, it’s easy to draw comparison between Yonder: The Cloud Catcher Chronicles and Zelda games. Sure, there are similarities – a gorgeous world to explore; a silent protagonist set to complete quests to help others – but at its core, Yonder‘s a very different cut of the cake. The main difference that stands out is that Yonder is absolutely devoid of any combat or conflict. There’s no violence, no weapons, no failstate. For some, that might sound boring, but to me, that’s what makes the game so completely relaxing and enjoyable.

There’s a time and a place for a game packed with excitement and balls-to-the-wall action, but sometimes, a slow-paced, meek adventure is just what the doctor ordered. The draw of Yonder is just how beautiful its world is. With a unique cartoonised art style, Yonder‘s world is split into very distinct regions. Quests will see you travel through grassy meadows and pink-blossomy forests, up into snow-capped mountains and down into blue, icy valleys. There’s a plethora of cute animals to encounter all over the map, different types specific to different areas, and there are dozens of characters to meet and items to collect. Every region is packed full of life with numerous nooks and crannies to explore, and it’s hard not to get sucked in. The main storyline will take you to most locations on the map, but there’ll be plenty left out, so running off the beaten path and doing your own exploration pays dividends.

Quests are picked up by talking to various NPCs, and are a standard mix of finding and fetching items, gathering a certain amount of materials and travelling to new points of the map. Some of the quests feel a little like busywork, but in a world as pleasant as Yonder‘s, I really didn’t mind.

Yonder: The Cloud Catcher Chronicles also has a heavy helping of crafting. From your inventory menu you can craft a myriad of items, and as you progress through the game, you’ll visit new guilds and learn new recipes. Some of these items you’ll need to complete quests (perhaps you’ll need to build a bridge, so the recipes learned from the Constructor’s Guild will be helpful, for instance), but other craftable items are there simply for your own enjoyment.

Dotted around Yonder‘s multiple regions are abandoned farmsteads, and one element of game involves you restoring the farms to their glory days. You can build barns to store animals and adorn with various decoration and useful items. Once your farm is built, you can collect animals to raise there, hire a farm hand to oversee everything, and produce your own valuable crafting or trading materials. It’s a far cry from the depth of, say, Stardew Valley, but it’s a nice way to eke a bit more out of Yonder‘s endgame.

Admittedly, I didn’t put much time into the farm-building aspects myself; I was too busy running the length and breadth of the island, discovering new areas and completing new quests. I was a bit disheartened when, after around five hours, the credits rolled, signalling I’d completed the main story – it sneaked up rather quickly and felt pretty short. It let me continue straight on though, and with 20-odd side quests to complete still left in my journal, there’s plenty more enjoyment to be had.

I accept that Yonder: The Cloud Catcher Chronicles won’t be for everyone. The lack of any kind of conflict will instantly be a turn-off for some, and it’s a shame, because Yonder should be applauded for daring to do something a little different in creating a completely peaceful experience. Video games don’t have to equal violence. Knowing that no monsters await you around any corner, and that no band of rogues is out to kill you is strangely liberating. Put down your guns, your swords, and your bows and arrows, and step into the world of Yonder just for an hour or two. You might just love it.

Yonder: The Cloud Catcher Chronicles is available on PC and PS4. We reviewed the PC version.