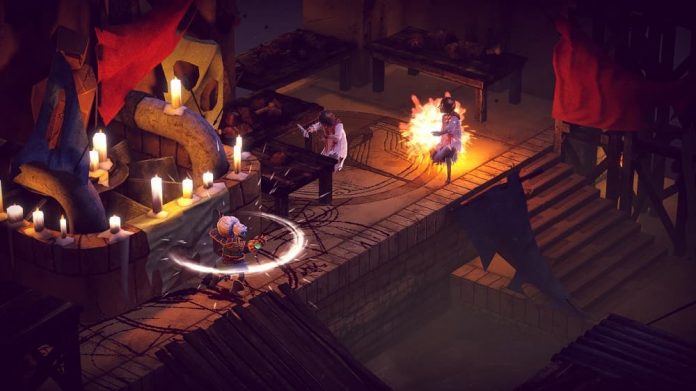 I have fond memories of playing Konami’s Vandal Hearts when I was just a young boy.

Its sequel I didn’t like so much, but when I got my hands on Final Fantasy Tactics, well, let’s just say that no one saw me for a while. Since then, the strategy RPG genre has been largely a stranger to me. I’ve dabbled in a few titles over the years, such as Onimusha Tactics and Suikoden Tactics, but none have left a lasting impression.

That is, until now, as Cardboard Utopia’s Children of Zodiarcs offers a unique spin on the genre that keeps me going back for more.

Being honest, I was sceptical of Children of Zodiarcs before I dove into it. I loved the way it looked, the glimpse of its soundtrack that I’d heard and the description of its story, but I balked at its integration of card game elements. I’ve never really understood the attraction of building decks and the like in videogames; it’s always seemed like a gimmick. In Children of Zodiarcs however, it just works, adding a great deal to the gameplay. 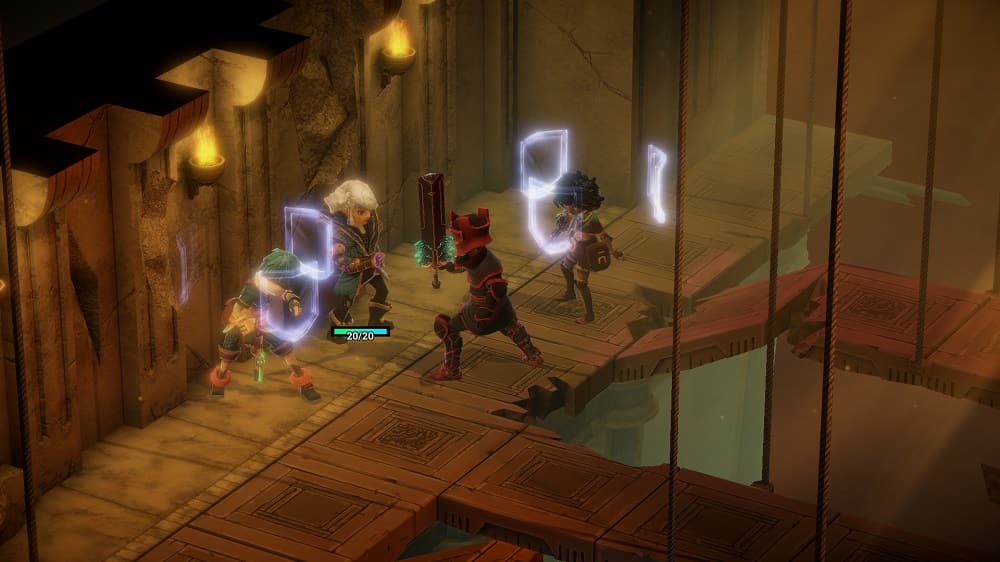 For the most part, it plays like any standard turn-based strategy RPG. You move your squad of characters around a gridded map, placing them into the optimum position to attack your enemies while negating any back-stabbing possibilities if possible. But when you actually get around to performing an action, you’re limited by the deck of cards available to you.

Each battle starts out with a handful of cards in your deck. Some may be attack based, enabling you to bash your enemies up close or shoot them from a distance, while others will be support based, providing healing and/or buffs. If you don’t want to perform an action in any given round, either because you don’t have an appropriate card or there’s simply no need to use one, you can either draw a couple of cards to add to your deck or guard until your next turn. It’s a simple system, but one that works, allowing for some deep strategy as you make the best of the cards you’ve got available, while also optimising your deck for the situation at hand.

When you decide to play a card, yet another system rears its head: dice rolls, imparting some randomness and yet more strategy into the battles. You shake the virtual dice presented to you on-screen, and the effectiveness of your action depends on what symbols are facing up when they land. If you’re wanting to perform a devastating attack for instance, you’ll be rooting for many shard symbols that bolster your damage, and maybe a star which activates a card’s special effects. When you’re low on health, you may be thankful for a heart symbol or two which provide some minor healing, and also maybe a shield which reduces counter-attack damage for the turn. And if you’re not entirely happy with what you’ve rolled, you can select up to two dice to re-roll, though it may not always be to your benefit. 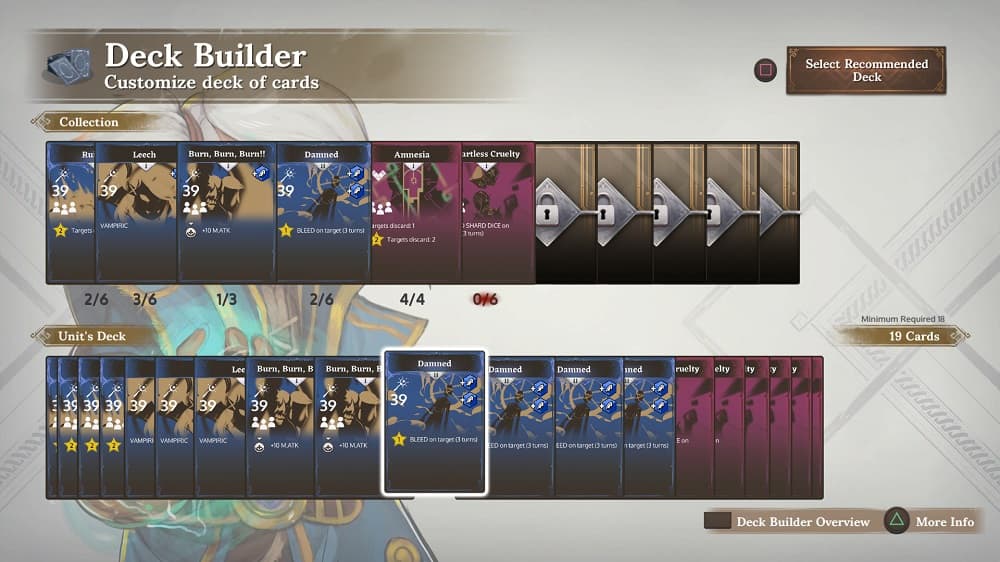 As you make your way through the game, enjoying the engaging story that’s split across multiple acts, you level up your characters, improving the power of their unique decks of cards, and obtain new dice sets that you can assign to change your fortune in battle. It all becomes rather engrossing, and with its beautiful, fairytale-like visuals and wonderfully orchestrated soundtrack, it’s the type of game that will have you glued to your seat for hours on end.

So, if you’re a fan of turn-based strategy RPGs, give Children of Zodiarcs a go. Even if, like me, you usually have no interest in deck building games. Cardboard Utopia have put a lot of time and effort into developing an interesting and rewarding card-based combat system and it shows, making Children of Zodiarcs one of the most noteworthy entries in the strategy RPG genre for years, and one that you certainly shouldn’t miss out on.

Children of Zodiarcs is available right now on PlayStation 4 and PC. 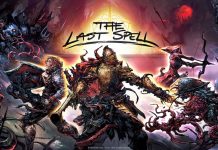