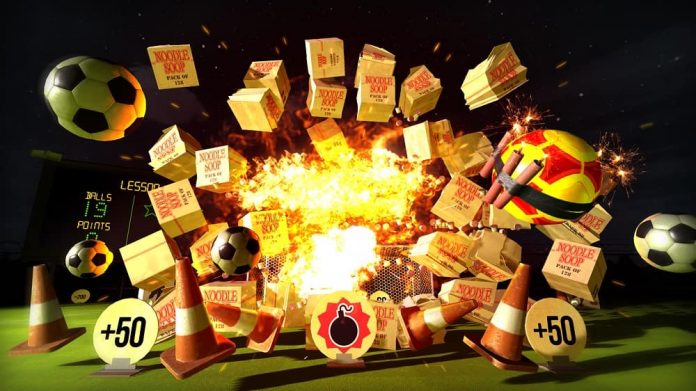 Back when PSVR released late last year, aside from Rez Infinite, there was one other game that kept me going back for more: Headmaster.

Throwing you into a football improvement centre – which is definitely not a prison, might I add – Headmaster challenges you to head footballs. Lots of them.

Heading them into the goal is fine, but if you want to score big, you need to develop your skills and hit the myriad of targets that also litter the field. Sometimes they move, other times they may be protected by a moving piece of wood representing a goalkeeper, and often you’ll gain a power up that makes hitting them a bit easier. All of the time Headmaster is just pure unadulterated fun – whether you’re a fan of football or not. 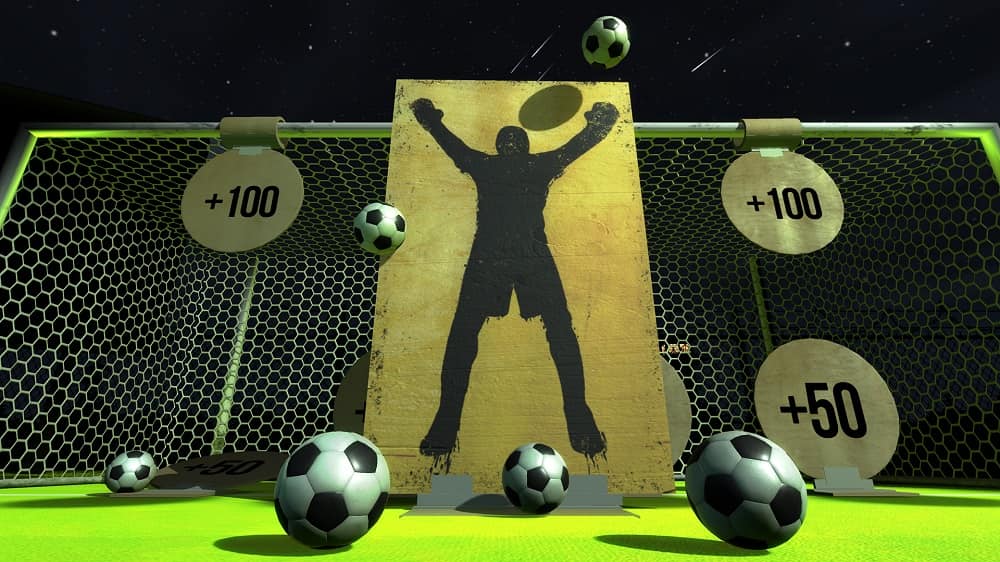 I’ll be honest, I’m not a massive fan of the PSVR headset – its visuals leave a lot to be desired and sometimes its tracking is piss poor – which is why I’m ecstatic that Headmaster has been released on the Oculus and Steam stores today. That’s right, you can now play Headmaster using a HTC Vive or Oculus Rift headset, and it is glorious.

It’s essentially the same game, though there are a couple of tweaks and new features. You’ve got a huge number of lessons to complete, each with amusing dialogue to listen to as you move your head backwards and forwards like a lunatic. And to unlock them all you’ll need to complete some seriously fiendish exams, though thankfully they have been re-balanced to make them fairer than they’ve ever been. Party mode can now be played by yourself too if you’re that way inclined, and there are 11 levels for you to go at rather than just the one that the PSVR version launched with.

Totally new to this PC version is a practice area so that you can hone your skills at your own pace, which also features a new stadium environment. There’s also a no-hands mode which gives your hands presence – albeit in some dirty mittens – leaving you to decide whether to cheat or not. It all adds to the fun, something which Headmaster already had in abundance.

I honestly can’t recommend Headmaster enough, and on PC it’s better than ever. The visuals are crisper, the tracking is more responsive and there’s just more to it. What more could you ask for? If you haven’t read my review for the PSVR version, do it now! And then head on over to the Oculus or Steam store to buy it. You won’t be disappointed. Especially when it costs less than a couple of cinema tickets.