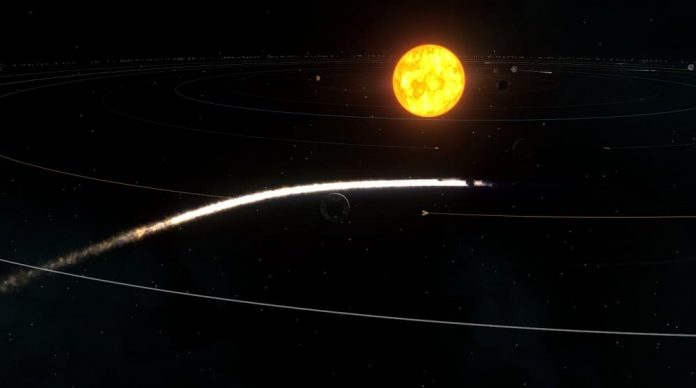 Even though the genre’s been around for 20 plus years, it’s astonishing how many sci-fi strategy games miss the point.

It’s all very well populating the galaxy with a myriad of diverse alien species and letting you create a truly advanced space-going civilisation built on peace and understanding. And yes, being able to amass a grand intergalactic armada might prove satisfying to some. But what really counts is whether or not you can annihilate a city, planet or even a whole star system with the click of a button. If the inhabitants of Grrrxyxxz 14 aren’t living in fear of Galactic Emperor Ghandi turning their home world inside out, you’re not playing the game properly.

Interplanetary: Enhanced Edition understands the importance of planetary annihilation and eschews all that galactic colonisation nonsense in favour of blasting the living daylights out of your celestial neighbours. It’s a turn-based artillery game in the vein of the classic QBASIC game, Gorillas, except that instead of hurling bananas you’re launching asteroids, missiles and all manner of other interplanetary projectiles. Your planet – you only ever occupy one – becomes your personal Death Star as you scramble to construct the necessary buildings to power your death-dealing weapons. Whereupon you hit the big red button – or buttons – and away you go. 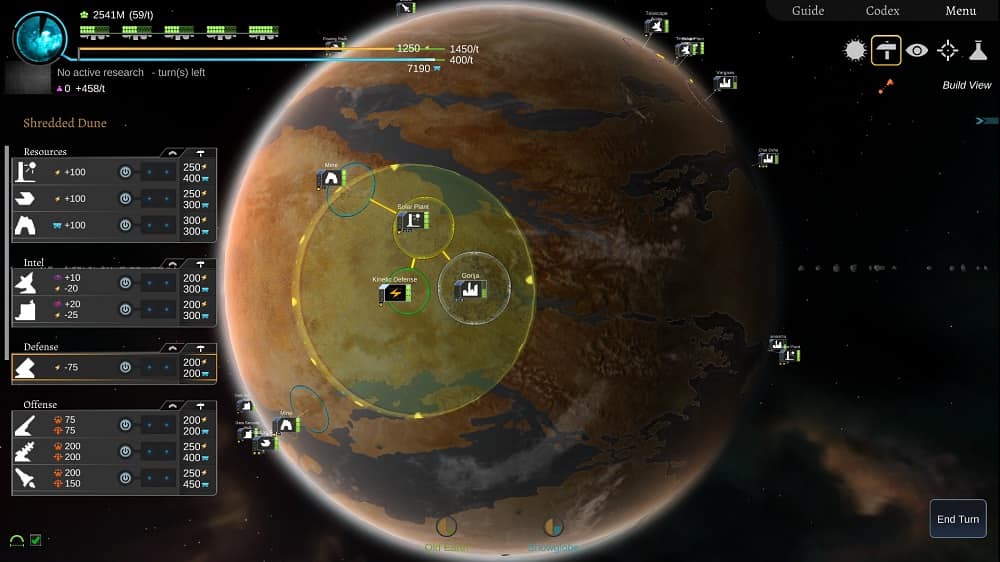 You don’t have to fire each turn and can, should you desire, spend several turns building up your own cities, improving the efficiency of your weaponry and micromanaging your planet’s infrastructure. I, on the other hand, tried to nuke my neighbours on turn two. And I missed. Actually, scoring a city-flattening hit isn’t that easy since while the game helpfully highlights your projectile’s path, by time you’ve fired the planet has moved. You’ve therefore got to anticipate how far your target will have moved by the time your projectile is launched; you don’t need a calculator to work it out but it definitely takes practice. Scoring a hit, however, is disturbingly satisfying and also visually appealing since you can witness the impact of your projectile on the planet’s surface. Pummel your opponent’s planets enough to destroy their cities and you’re victorious.

You don’t hear the mournful wails of the children who have just become orphans due to your aggressive ways, though since you’re playing against up to seven other human or computer-controlled opponents, you’re just as likely to get your planet glassed. More so, perhaps, since the AI opponents I played against hit my planet with an unerring level of accuracy, though they were also attempting to annihilate each other. I wasn’t able to get a multiplayer game as all of the four games going on were private but there’s also the option to have multiple human players hot-seating on the same computer.

There’s no single player campaign mode, but the game doesn’t need it; I had a blast dipping into skirmish mode and inflicting near Death Star levels of destruction on other equally warlike galactic leaders. Having a campaign mode would dilute the in and out experience that lends Interplanetary: Enhanced Edition much of its appeal. I am still a little sore about how accurate the AI players were, but not enough to give up on my career as a galactic warlord. I had a great deal of ethically unsound fun playing with the game and unless you’re dead set on diplomacy, Interplanetary: Enhanced Edition may well scratch your warmongering itch.