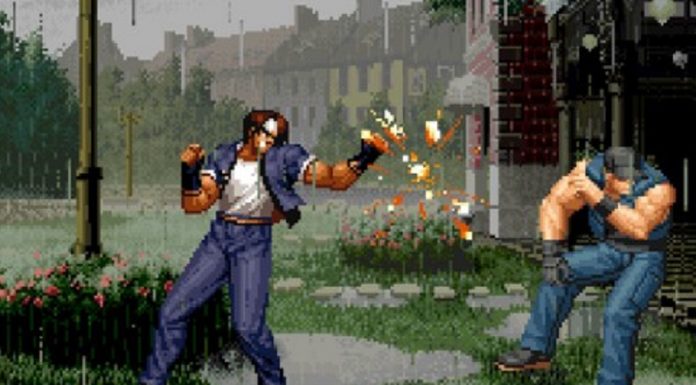 When it comes to 2D fighting games, the Street Fighter franchise is, and probably always will be, the most well-known.

As we all should know though, being the most well-known doesn’t mean that it’s undeniably the best, with one of the contenders for the 2D fighting game crown being the venerable King of Fighters series by SNK. And if you’re a Nintendo Switch owner and a King of Fighters fan you’re pretty lucky, as quite a few of the games from its back catalogue are now available, and at a bargain price to boot, including King of Fighters ’99.

For the price of £6.29/$7.99, King of Fighters ’99 on the Switch is much more than a simple port. There are multiple game modes on offer – Japanese, English, High Score and Caravan – and a wealth of options so that you can tailor the experience to your preferences.

Don’t want to play the game at the original aspect ratio leaving big black bars at the sides of the screen? You can resize the image. Want to fight one-on-one rather than the standard three-on-three? Do it. King of Fighters ’99 may be a port of a game from 1999, but work has been done so that it doesn’t particularly feel like it in terms of features and settings. Sure it doesn’t have all the bells and whistles of a modern fighting game like a training mode or online multiplayer, but for a retro title there’s enough to keep you going back. 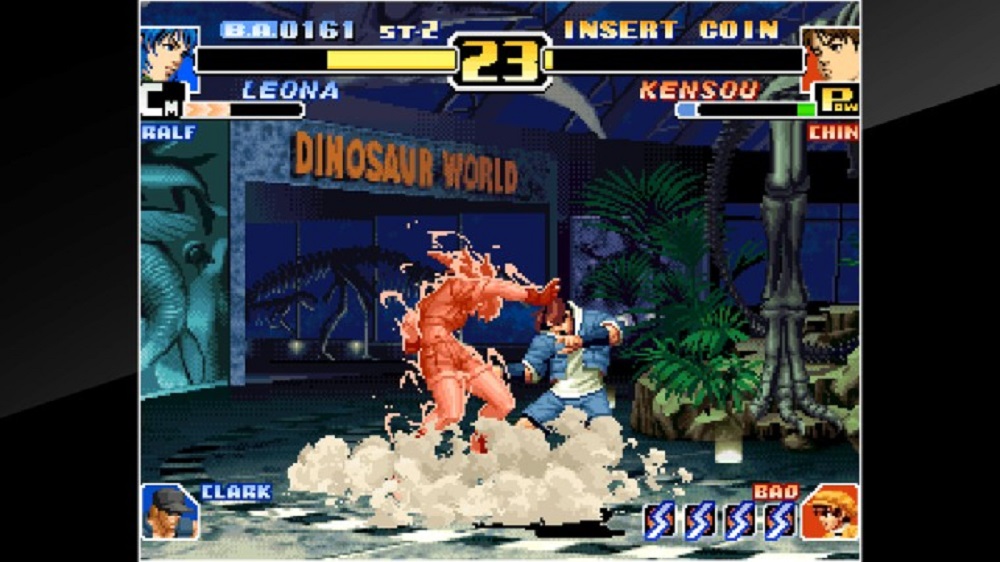 One thing that really didn’t need any changing at all from the original release is the gameplay; King of Fighters ’99 is as enjoyable to play now as it was nearly 20 years ago. Combat is fast and fluid, the combatants are balanced and varied, and there’s a nice range of stages available too. Mechanically, 2D fighting games haven’t really progressed that much since the late nineties, which means that King of Fighters ’99 doesn’t feel old. Even if you’ve never played the game before you’ll be pulling off special moves and combos in no time.

Even the visuals hold up rather well. As I mentioned earlier, by default King of Fighters ’99 runs at its original aspect ratio, leaving black bars at either side of the screen. Some may not be too bothered by them, but if you are, you can pretty much eradicate them at the expense of stretching the image a little. To be honest, I don’t know why anyone wouldn’t; when fullscreen, the visuals just seem to stand out more. Yeah, they’re pixelated, but they’re also full of detail and charm. And if you want to make the visuals a little more authentic, there’s an option to add scan lines.

For fans of the long-running series, buying King of Fighters ’99 on the Nintendo Switch should be a no-brainer. It’s a great game given new life on a new platform – what isn’t there to love? When some developer finally gets around to releasing a fully featured 2D fighter on the system there’ll undoubtedly be less reason to go back to it, but until then, King of Fighters ’99 will go a great distance to meet your needs while not breaking the bank.

ACA NeoGeo King of Fighters ’99 is available on Nintendo Switch.