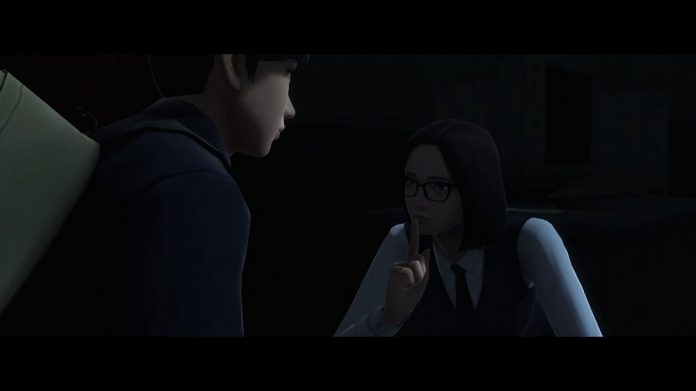 We all like a bit of a scare now and again don’t we? Something to get the adrenaline flowing?

Well, if you like the source of your scares to be first person horror games you’re in luck; White Day: A Labyrinth Named School is coming at you later this month, and it may just cause multiple code brown situations.

Trapping you in a school which has more than its fair share of morbid history, White Day: A Labyrinth Named School will put your nerves and your brain to the test. You see, aside from having to deal with paranormal entities trying to make you need to change your undergarments, you’ll also have to deal with a very physical and slightly deranged janitor and many brain-teasing puzzles.

Along the way you’ll meet other students wandering around the school for some reason. Many will want your help, others will just act all mysterious and elusive. How you interact with them will change how the game plays out however, with multiple endings to discover based on your actions and choices. Though, if you want to get the most out of White Day: A Labyrinth Named School, and open up a second story in the process, you’ll need to play on hard difficulty. Taking away some of the crutches granted to you on easier difficulties and putting in more spirits to scare the bejesus out of you, it’s not a walk in the park, but it’s a tense and unsettling way to spend a few hours.

I’ve put a few hours into White Day: A Labyrinth Named School, and whilst it’s not up there with P.T. or Outlast on the scare-o-meter, it’s undeniably creepy. And jump scares? Well, it has them. And they do indeed make you jump. The only aspect I’ve not been too keen on up to now is the pesky janitor who roams the school grounds. Avoiding him is sometimes a pain in the ass when you just want to get on with solving a puzzle, but hey, it’s a horror game, I shouldn’t be complaining about having to avoid a maniac with a baseball bat.

So, if you love horror games and have got room for one more in your life, keep an eye out for White Day: A Labyrinth Named School. It’ll be available on PC via Steam on 22nd August, PS4 in EU on 25th August, and PS4 in NA on 29th August. Just make sure you have your thinking cap and an adult diaper at the ready. You might just need them.