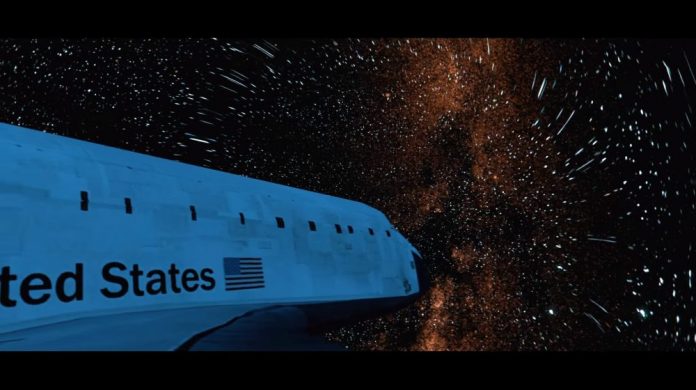 Don’t you just love mods? You will when you see one that aims to take Grand Theft Auto V into space. Say hello to your new favourite mod, Grand Theft Space.

I think after seeing the Grand Theft Space trailer I can be happy that Rockstar Games sorted out the OpenIV debacle. I love using the Rockstar Editor within GTA V more than anything, but a mod that sends you to space… well, that’s something else entirely! Though this mod is a work in progress and its release is “coming soon”, there are plenty of interesting things to see in the trailer created by YouTuber Duggy using the Rockstar Editor.

Clearly Rockstar missed a trick because GTA V really needed a mission set in space Wolfenstein style (that didn’t though). Nevertheless, I imagine I will be using the Rockstar Editor to have some fun with this mod when it releases because I sure have missed making dumb videos in GTA V… er, don’t look them up.

It was a happy coincidence that as I wrote this news, some of Hans Zimmer’s soundtrack to Interstellar started to play, so I played the trailer again muted with Zimmer’s soundtrack playing. The whole trailer elevated to another level – especially given that last shot. In fact the length of the trailer just fits for ‘Cornfield Chase’. Just sayin’.