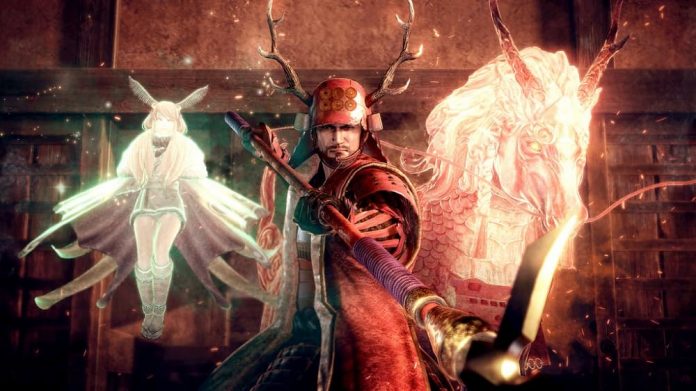 For Nioh veterans, when you realise that Date Masamune is probably your easiest battle in a certain region, you know you’re in trouble.

After the excellent closing battle in the Dragon of the North DLC, I was worried that Defiant Honor would follow the same path. A brief campaign, a few side missions, a new weapon, and a brilliant ending fight. I was wrong, on pretty much every front. While short, Defiant Honor contains some of, if not the best, content to date in Nioh. Taking place during the winter, in the Siege of Osaka, the add-on has you tracking down the legendary samurai Sanada Yukimura, as well as the formidable Sarutobi Sasuke. The journey will bring forth new enemies, a fantastic new weapon, and some of the most challenging fights in recent memory. Strap in, because Defiant Honor will whittle your spirit down.

The story missions in Defiant Honor are lengthy and challenging. Although there isn’t a mass of missions, each one is memorable, for one reason or another. New items and enemies switch up the encounters, as well as some environmental changes. You’ll notice early on that there isn’t much respite to be found. Every corner hides an enemy and each step you take seems to be monitored. Nioh shines brightest when you’re constantly moving, and this DLC makes sure you do. Defiant Honor doesn’t skimp on good fights, either. If you’re not fighting a boss, you’re fighting some extremely unforgiving enemies. Each move Team Ninja makes with Nioh simply makes it a better game, and this content is certainly no exception. For old Ninja Gaiden fans, they threw a little gem in there: Tonfas. 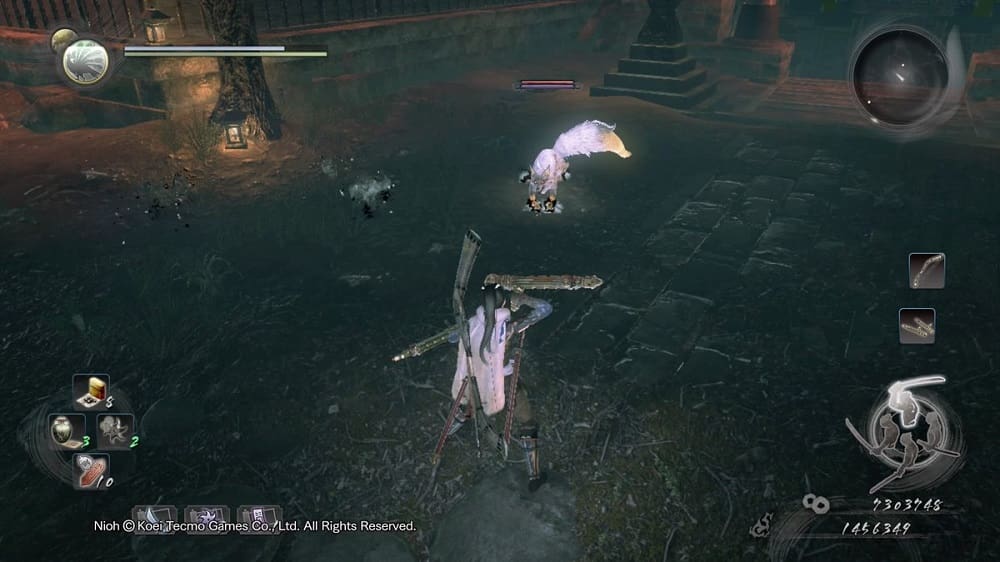 I strive to be up close and personal when it comes to combat in Nioh. That, and many other reasons, is why I love the Tonfa. These blisteringly fast weapons are a perfect edition to the game. Anyone comfortable with dual swords will feel right at home. With the right allocation of skill points, the moveset can become varied across all stances. Slowly draining your enemies health and ki in a battle of longevity is what the Tonfa are for. Since you won’t be dishing out insane damage numbers, you’ll have to stay active. Take every chance for chip damage or ki reduction, and punish with a quick flurry of when the opportunity arises. After the arrival of the Odachi, the Tonfa feel like the right move. As of now, there’s a weapon set-up that can work with any playstyle. Which is good, because flexibility is key in Defiant Honor.

To put it bluntly: the boss fights found here are incredibly challenging. For starters, Date Masamune is (by level, at least) the easiest fight in the DLC. Apart from him, there are three other bosses to face. The first is Sarutobi Sasuke, who is a master of the Tonfa. He’s lighting fast, difficult to pin down, and relentless with his attacks. Undoubtedly a worthy first opponent, he will test your skills and reflexes as he dashes around the battlefield, showing off just how powerful those new weapons can be. You’ll also go face to face with the Mysterious Samurai, who challenges you to fight in a beautiful little spot by the water. It’s a fantastic setting for an intense battle with this Odachi wielder. But Team Ninja didn’t want to let you off too easily. Before it’s all over, you must face the most difficult boss in Nioh: Sanada Yukimura. 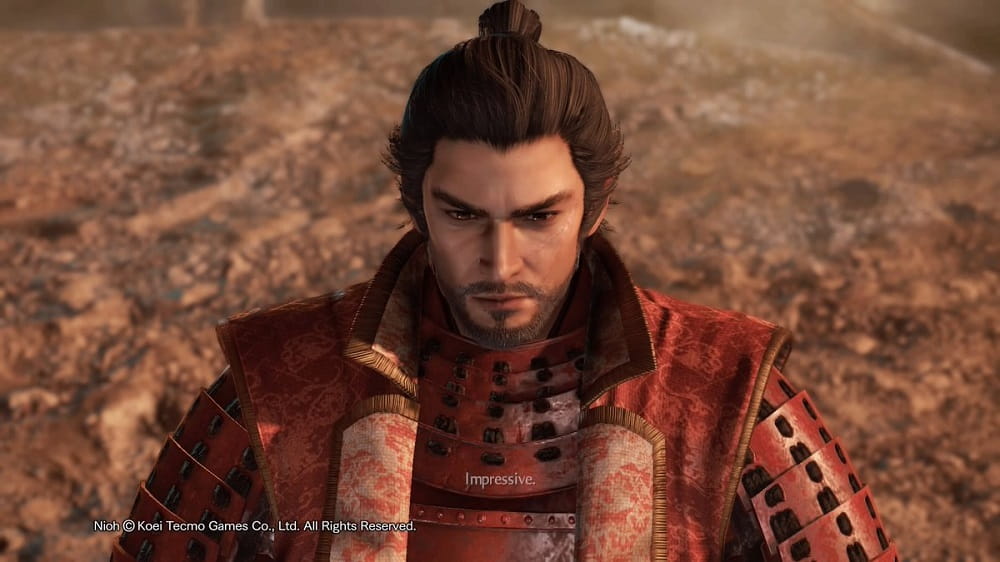 Sanada Yukimura is an absolute monster. Team Ninja director Yasuda-San regards him as “the greatest and last true samurai”, and that shows in this battle. Yukimura is unbelievably fast with his attacks, staggeringly powerful, and near impossible to catch off guard. His spear, which he infuses with fire or wind, is a menace in his deft hands. While on fire, almost every attack with leave you burning, forcing a retreat. Closing the gap during this phase is risky and usually deadly. His wind phase is equally damaging. He keeps his quick attack strings, but adds in some destructive ranged attacks. Watching a video or reading a description of this fight can never do it justice. The fight is simply mesmerizing. Sanada Yukimura is, without a doubt, the most difficult boss in Nioh. This battle, and everything else within Defiant Honor, has cemented this game as something truly special.

Throw in some new enemies, like wolf spirits, dogs that throw ninja stars at you, and a few re-skins, and that’s Defiant Honor. A whirlwind of pure adrenaline and sharp combat, Nioh set itself apart, in my eyes, early on. But as Team Ninja keeps updating the game, it keeps getting more and more impressive. The level of dedication from the development team is seen in every corner. Each new piece of content succeeds in bringing forth a new level of challenge while keeping the old framework. There isn’t really anything to be said negatively about Defiant Honor, other than, like Dragon of the North, I just want more. But Nioh is more than enough, I’m just greedy. I will be eagerly awaiting the final DLC, and the pain it will bring me. Don’t let this game slip away. Experience its ever growing brilliance.