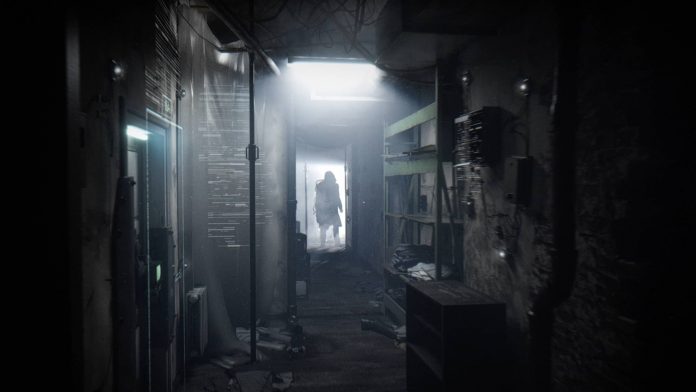 When Bloober Team, developer of the super scary Layers of Fear, revealed that their next game was to feature a cyberpunk setting, I was more than a little intrigued.

You see, there have been plenty of cyberpunk-themed games over the years, and while many of them have been a little weird, none of them to my recollection have been made with the sole purpose of freaking out its players. With Observer though, that’s just what Bloober Team has done — and rather well, at that.

You play as Daniel Lazarski – the titular Observer – a cybernetically-enhanced agent who is capable of jacking into others’ minds to see what they hide. Contacted by your estranged son who appears to be in danger, you head out to the apartment block where you think he may have contacted you from and begin your investigations.

Stumbling upon a crime scene, Observer gives you little nudges in order to get you into the swing of things but never goes as far as to hold your hand. You’re introduced to your Biometric and Electromagnetic vision modes that enable you to see and examine what you can’t with your naked eye, and while primarily useful for examining mangled corpses, they also come in handy when tackling the many puzzles Observer throws your way. 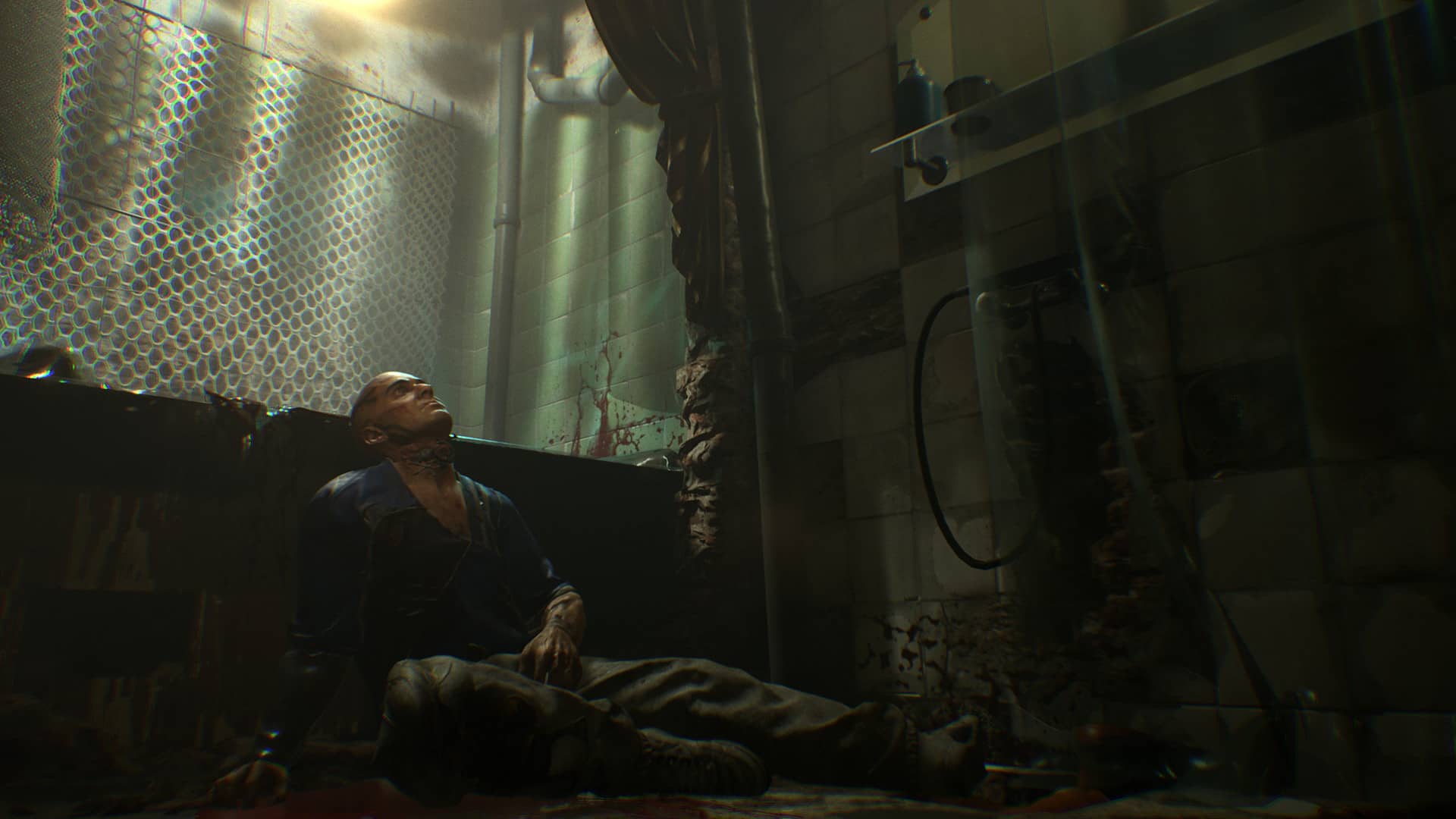 It’s when you encounter a dying man whose injuries have rendered him incapable of speech, however, that you first make use of your mind hacking abilities, and boy, do things soon get fucked up.

Trapped in a nightmarish dreamscape, strange voices give way to desperate screams, apparitions linger in the corner of your sight, and the environment shifts around you. It’s enough to make you feel a genuine sense of despair, and as your surroundings rapidly change, throwing you from memory to memory, you eventually can’t be sure of what’s a product of your character’s mind and what’s a product of those you’ve dove into. It’s scary, confusing and absolutely brilliant.

Things get even freakier when you make your second dive. The crying of children and Lovecraftian tentacles break up the navigation of busy open plan offices. You’re forced to lead a childlike floating TV by its power lead to its ultimate destination. And you’re pursued by what can only be described as a grotesque brute as you download confidential information. Observer enjoys fucking with your mind as you fuck with its characters’ minds, and it’s shockingly effective.

After your first couple of dives, you can never rest easy in Observer. On the whole, it’s a game that’s fairly claustrophobic, but due to its penchant for messing with you it feels more open and expansive. It’s not simply a passive experience either. The need to solve puzzles to open doors and escape grave situations means your brain is often tested just as much as your wits. And some sections even require stealth, with one particularly ugly foe making a regular appearance who’ll give chase on sight and kill you if he can lay his hands on you. 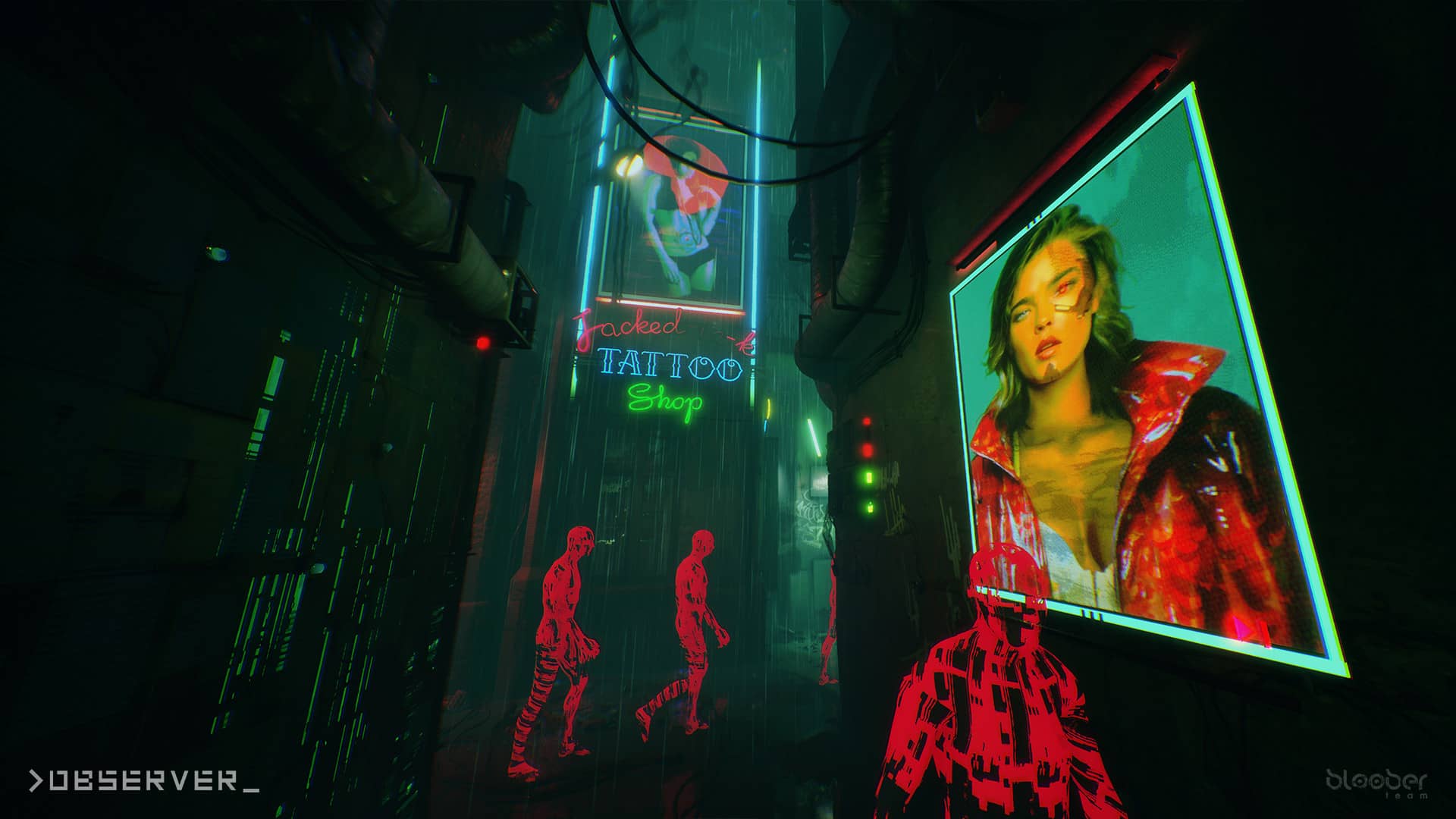 It becomes pretty clear your character is losing it the further you get into the game, and as it gets harder to discern what is real and what is not, the story ramps up. It’s so easy to get absorbed by the plight of the Observer at this point that a lot of the game’s optional side content can be easily missed. Reaching a satisfying conclusion to the game after seven hours, I was certainly surprised by how little I’d apparently searched the apartment block in which the game was set in, but with multiple endings to achieve, it just gave me more impetus to go back in for more.

Observer should be given a huge amount of credit for the great job it does in creating a world that feels rich with history. Set in the year 2084, it’s a world in which an epidemic called the nanophage has wiped out legions of augmented beings, and a third world war has brought humankind to its knees. The people left alive seem broken, lost and downtrodden, even the eponymous Observer himself. Voiced by Rutger Hauer, Daniel Lavarski has a likeable tenderness to his character that at times gives way to robotic authority, and it works wonderfully.

An audio and visual tour de force, Observer doesn’t pull any punches. It would appear that Layers of Fear was simply foreplay for Bloober Team; a warm up for the full-on fuckfest that Observer is. Combining investigation, exploration, stealth, puzzles, and a near constant barrage of horror, Observer is a meticulously created game that rarely puts a foot wrong. If you think you have the stomach for it, this could be one of the biggest surprises of the year.

Observer is available on PC, PS4 and Xbox One. We reviewed the PC version.