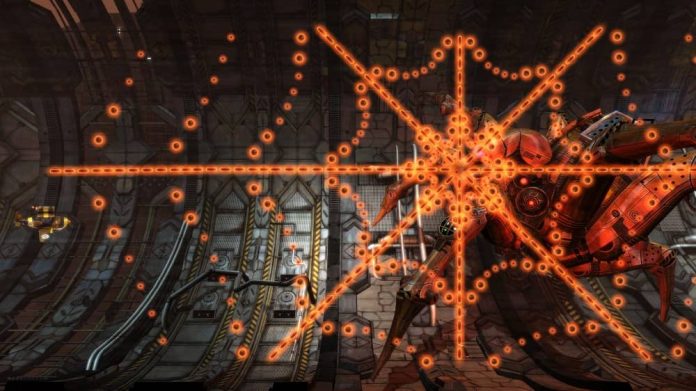 Originally released in 2012, side-scrolling shooter Sine Mora was somewhat of a hit with the critics.

It was unique thanks to its time mechanic, throwing the traditional concept of a health bar out of the window in favour of something a little different. Basically, starting out each stage with a variable amount of time on the clock, time itself was your health. Get hit and a chunk of it would disappear. Kill enemies or collect certain pickups and more time would be added on. Run out of time and it’s game over. Adios.

As a gameplay mechanic it worked wonderfully, forcing you to actively seek out the destruction of enemies while simultaneously avoiding their attacks and environmental hazards. Passing checkpoints reset the timer, awarding bonus points based on the time left. To score big, and sometimes to simply survive,  you often needed to take risks to kill a flurry of enemies and add valuable clock to the time. It was challenging but it was a blast, and now it’s back with Sine Mora EX.

Being an enhanced re-release of the original game, as well as boasting improved visuals and English voice acting, Sine Mora EX also packs in more features and modes than ever before. In fact, as far as side-scrolling shooters go, Sine Mora EX might possibly be the most content-laden example of the genre.

Aside from its unique time mechanic, the gameplay of Sine Mora EX is otherwise fairly generic. The screen scrolls from left to right while you manoeuvre your ship, doing your best to avoid the constant barrage of enemy ships and their bullets. You have a primary fire mode which you can use constantly without fear of running out of bullets or overheating, and a limited use but highly damaging special attacks that’s unique to the ship you’re piloting. More unusually, you also have metered use of a capsule, slowing down your surroundings to make it easier for you to avoid bullets and get the upper hand on more hardy foes. 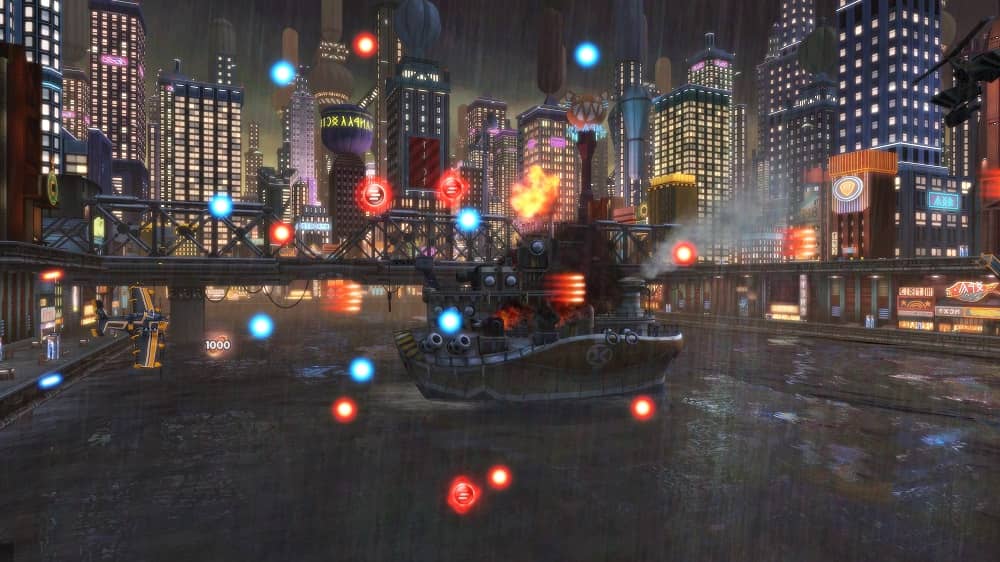 Destroying enemies occasionally causes them to release pickups. Colour-coded, they each offer some benefit such as adding time to the clock, increasing your score, or powering up your primary weapon. Your weapon can be powered up nine times overall, but if you take a hit your weapon power will be decreased, and a number of orbs released back onto the screen. While you can quickly grab the released weapon power ups to restore what you’ve lost, it’s a system that feels a little too punishing at times. When the screen is awash with bullets – let’s say in the middle of one of Sine Mora EX‘s many epic boss fights – recovering your power ups is practically impossible, leaving you under powered in the time when you need it the most. It can be very disheartening.

Sine Mora EX‘s campaign mode will be your first port of call, and once that’s completed there’s plenty more to go at. Arcade mode offers an increased challenge by way of incorporating a rank system, increasing the number of bullets enemies send your way based on your performance. Doing away with the hard to follow and thematically dark story of campaign mode, Arcade mode also allows you to choose your own ship, pilot and one of three capsule powers, essentially giving you limited control of your loadout given that each pilot features their own sub weapon. The included Score Attack and Boss Training modes also offer similar choices.

While the companion modes are likely where you’ll spend most of time with Sine Mora EX, thanks to your performance in many of them being submitted to online leaderboards, what is perhaps the re-release’s most intriguing addition, local co-op play, is exclusive to Campaign Mode. Instead of both players taking control of a ship, one has to take control of drone which operates more like a twin-stick shooter. With one press of a button, however, the drone operator can also switch to being in control of a bullet blocking shield which comes in very handy indeed. If you’ve got a couch co-op buddy nearby, playing Sine Mora EX‘s campaign in co-op is highly recommended. Working together as a team really is a blast, and you can swap roles on the fly to prevent any arguments as to who does what every time you play. 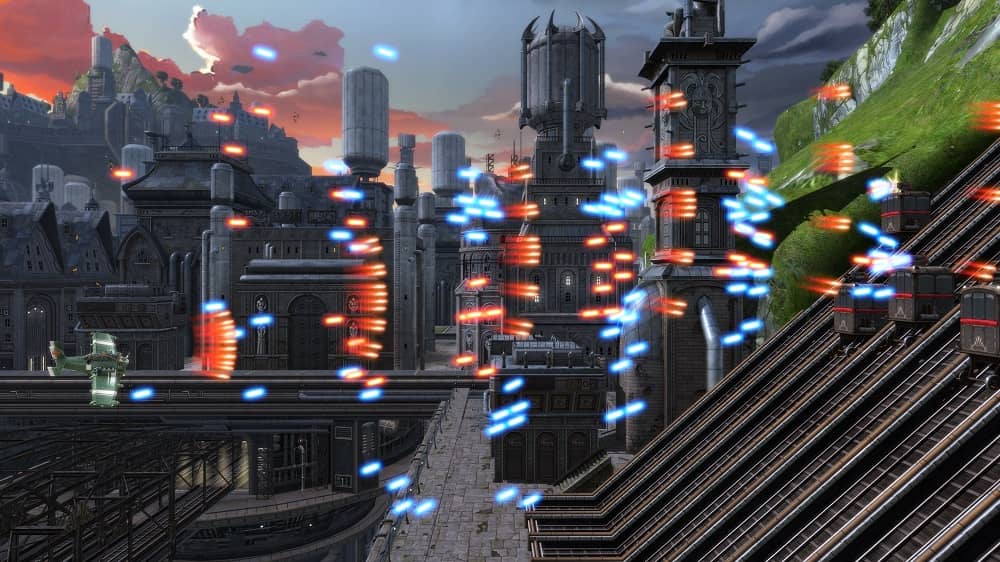 You can get into some local adversarial play in Sine Mora EX too, thanks to a new Versus mode that allows two players to take control of drones and fight to the death in a variety of environments, while a single player only Challenge mode truly lives up to its name. Initially only one challenge is unlocked of a total of 15, tasking you to shoot yellow bombs that appear on the screen while avoiding red ones. Completing it unlocks the next challenge and so forth, but honestly, they’re so fiendishly difficult that many may just give up in frustration.

In motion, you really wouldn’t believe that Sine Mora EX is a remaster of a five year old game – it looks simply fantastic. It’s got a beautiful and consistent art style that builds an interesting world, and there are some gratifying special effects on display. In fact, some of the visual effects, like acrid smoke, are too good at times, obscuring enemy projectiles and protrusions in the environment which causes you to take unnecessary hits. It makes a tough game just that bit tougher than it needs to be at times, but it doesn’t detract too much from the overall experience.

Though it has some minor issues that undoubtedly hold it back a little, Sine Mora EX is a fantastic side-scrolling shooter, cram-packed with enough content to keep you playing in the long term. The high level of difficulty may be off-putting for those who aren’t overly familiar with the genre, but those who persist will find a game that looks great, sounds great and is ultimately very rewarding. It just takes a bit of time to master its mechanics, but when you do, you realise just how wonderful a game it is.

Sine Mora EX is available on PlayStation 4, PC and Xbox One. We reviewed the PC version.