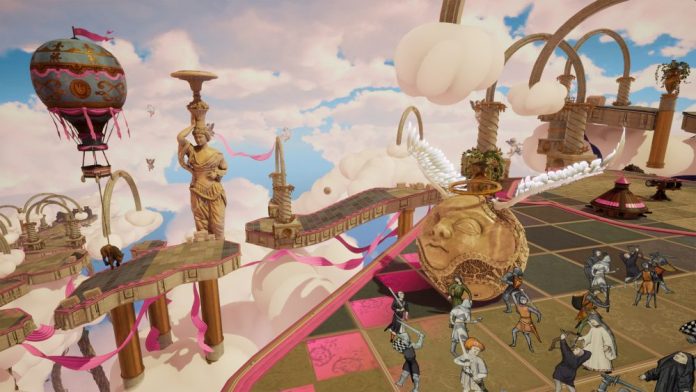 If you played and enjoyed Rock of Ages, a boulder-controlling tower defence game that first released in 2011, you’ll probably enjoy its sequel, too. Rock of Ages 2: Bigger and Boulder isn’t really that different. It’s just, er, bigger and… bolder.

If you haven’t played the first game though, it doesn’t matter one iota. Rock of Ages 2 is a perfectly standalone title that follows the same gameplay loop as the first, just with a new set of environments, new cutscenes and new challenges. Facing off against an opponent, your aim is to roll a boulder around an obstacle course and smash into your enemy’s stronghold, eventually breaking through the gates to claim victory.

Your opponent, at the same time, is doing exactly the same thing: trying to break into your stronghold and seize it for yourself. To prevent them being victorious, you can lay a number of weapons and defence units along the path, all with the aim of slowing and damaging your opponent’s boulder before they reach your gates. Naturally, the enemy will also be laying defences along your route too. The paths you have to take to reach your enemy are tricky to roll around anyway, with winding paths, holes to fall into and floating platforms to navigate between. 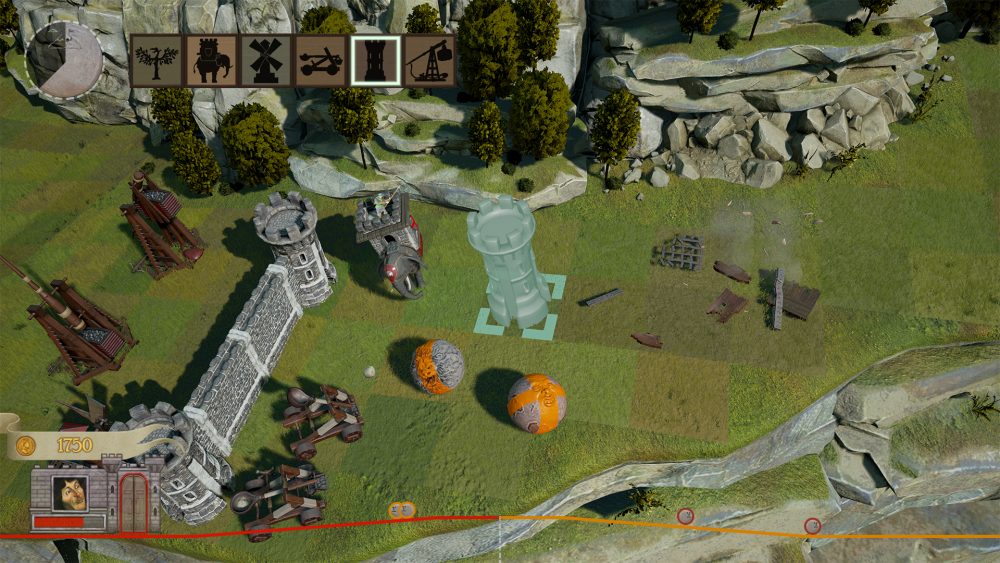 There are several modes of play in Rock of Ages 2, all based around this tower defence-meets-Marble Madness gameplay. The story campaign will see you travel around a map, visiting new castles to conquer and unlocking new defences and boulders as you go. ‘Game of War’ lets you jump into a single match, either with a local friend or against the computer. ‘Obstacle Course’ takes out the tower defence element, letting you race an opponent around the course of your choice. Similarly, time trial is a single-player race against the clock. There’s also an online mode where you can play with up to three other opponents.

Rock of Ages 2‘s unique USP, as it was, is its zany sense of humour. I will hand it to the developers, they’ve done a great job in delivering a unique package with a sense of humour unlike any other. The game draws on historical figures and famous works of art to create its levels and cutscenes, and it’s delivered in such a way that makes it hard not to chuckle at. I mean, did you know that William Wallace was a seven-foot tall Scot who defeated the English with the power of his arse? Well, now you do.

It’s a shame, then, that the actual gameplay that follows such enjoyable cutscenes isn’t all that engaging. Besides the pretty nice environments — ranging from the more ordinary-looking locations such as Oxfordshire, England to Dali-inspired dreamscapes — the gameplay is unfortunately the weakest part of Rock of Ages 2. Matches typically involve laying defences and rolling down the obstacle course three times over before securing a victory, and it soon wears thin when every game plays out pretty much the same. 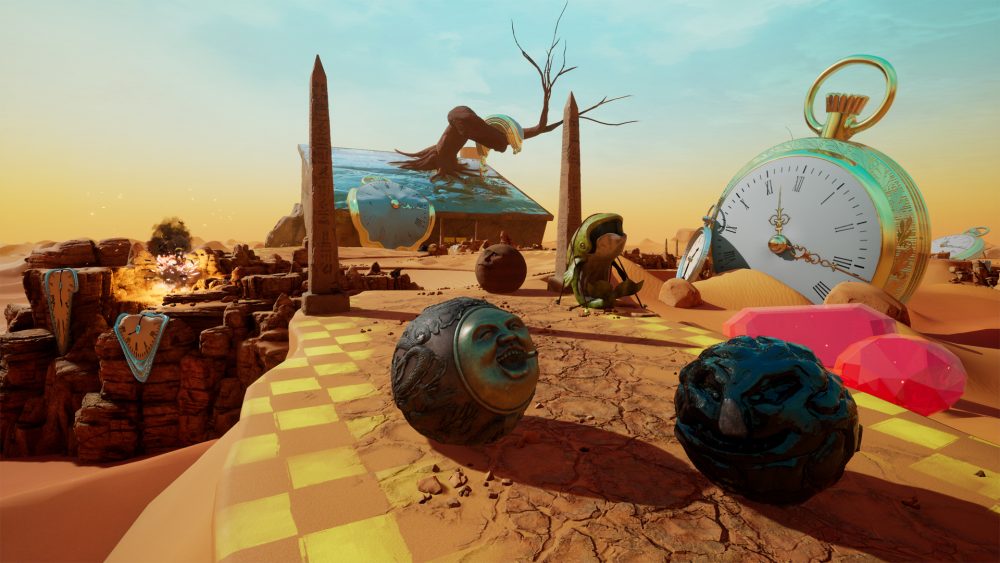 Until you’ve played through most of the story campaign and unlocked a wide range of defences, the tower defence side of the game is incredibly limited, and you can’t do a great deal of damage to your opponent. The boulder-controlling sections are admittedly fun, but can get very frustrating on some courses where it’s not altogether clear which direction you need to go in. The ‘Eden’ level that’s set across a number of floating platforms incited a fair few swear words as my boulder continually fell into the abyss below.

One thing that Rock of Ages 2 does have in its favour, though, is very strong local multiplayer gameplay. It’s something that many games overlook these days, but we like to play games with our friends on the couch just as much as we did back in 1995. Pretty much every mode of the game, apart from time trial, can be played in local multiplayer, and with a friend to engage in some real competition with, it makes that otherwise mundane gameplay loop a little more fun.

If you’re a fan of tower defence games, then you’ll likely enjoy the fun elements that Rock of Ages 2 injects into an otherwise fairly dry genre. It’s much better as a local co-op experience, but if you do jump into the single player, you’ll at least get a guffaw or two out of the wacky cut-scenes. It’s just a shame that the same amount of character and personality don’t run over into the actual gameplay.

Rock of Ages 2 is available on PC, PS4 and Xbox One. We reviewed the Xbox One version. 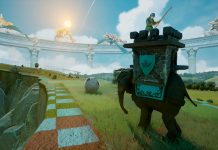 Rock of Ages 3: Make & Break is a Must For Series Fans