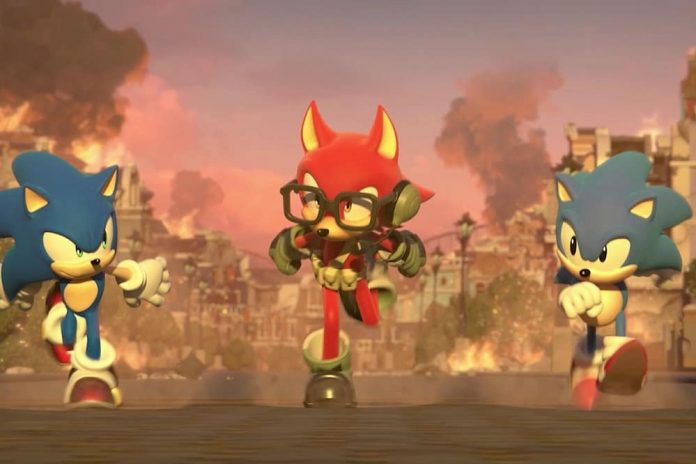 I mean, it certainly seems to be more promising than the last few 3D Sonic games, but…well, it’s a 3D Sonic Game.

After the brilliant Sonic Mania, it would be nice if Sonic Forces could deliver the goods and truly bring forth a Sonic revival. The speedy blue hedgehog is a gaming icon, after all. He deserves to be back in the limelight, and not only for 2D retro styled affairs. Anyway, SEGA has today graced us with yet more footage from Sonic Forces, this time from one of its ‘Tag’ stages. Take a look below.

In ‘Tag’ stages Sonic and your custom created hero team up, pooling their skills to make it to the end of the level successfully. As Sonic you can boost and perform handy homing attacks on enemies, while as your homemade hero you can use your Wispon abilities to do such things as freeze enemies in block-like prisons, and also use a grappling hook.

SEGA has also delivered us another track from the Sonic Forces soundtrack. Go on, give it a listen. It’s not anywhere near as good as any of the tracks on the Sonic Mania soundtrack, but it’s still not bad.