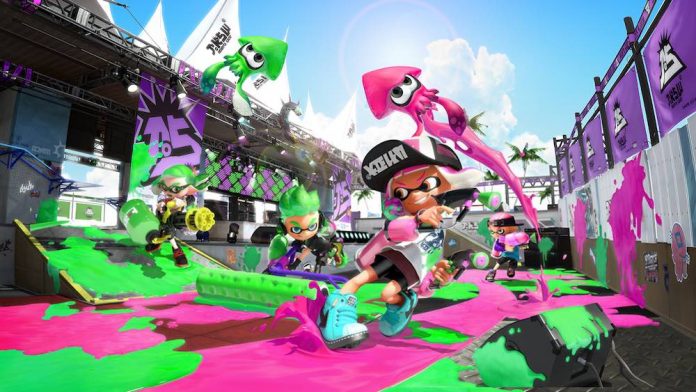 Oozing with style and simply bursting with colour, the fact that there hasn’t been an online shooter quite like Splatoon really says a lot about the IP’s sheer originality.

Sure to provide a welcome breath of fresh air for anyone that slept on the 2015 Wii U original, Splatoon 2 doesn’t reinvent the wheel, but it still projects a degree of creativity not too often seen in today’s competitive video game scene.

Primarily taking place within the hyper-stylised and ink-drenched world of Inkopolis, Splatoon 2 once again puts you in the role of your very own squid kid. There’s a tried and true history as to why this world exists and how the anatomy of Splatoon 2’s half squid/half human populace operate, but in short all you need to know going in is that there are places in the world devoid of colour, and this simply cannot stand. The only way to remedy this fact? Engaging in an ongoing conflict with other humanoid octopi and do battle, of course!

It’s not bullets you’ll be firing when taking the action online in either Regular, League, or Ranked battles, but paint – and lots of it. Whether you opt for the splat gun, splat roller, aerospray MG, or even the splattling gun, each weapon set you unlock as you work your way up Splatoon 2’s conventional level rankings has its own unique quirk and ability, each of which plays a huge part in terms of making or breaking a win for your team. This more pacifist approach to combat is where Splatoon 2 shines when compared to other games of its ilk, rendering not just your online opponents as a potential target, but the entire stage around you.

The chief game mode – dubbed “Turf War” – acts as the perfect stomping ground in which to experiment and wreak havoc with this approach. The objective is simple: cover the map in more of your designated colour than the opposing team. What could’ve been a fairly standard process of territory control more often than not results in a heated push and pull between teams, and it’s fair to say that things get messy in more ways than one. 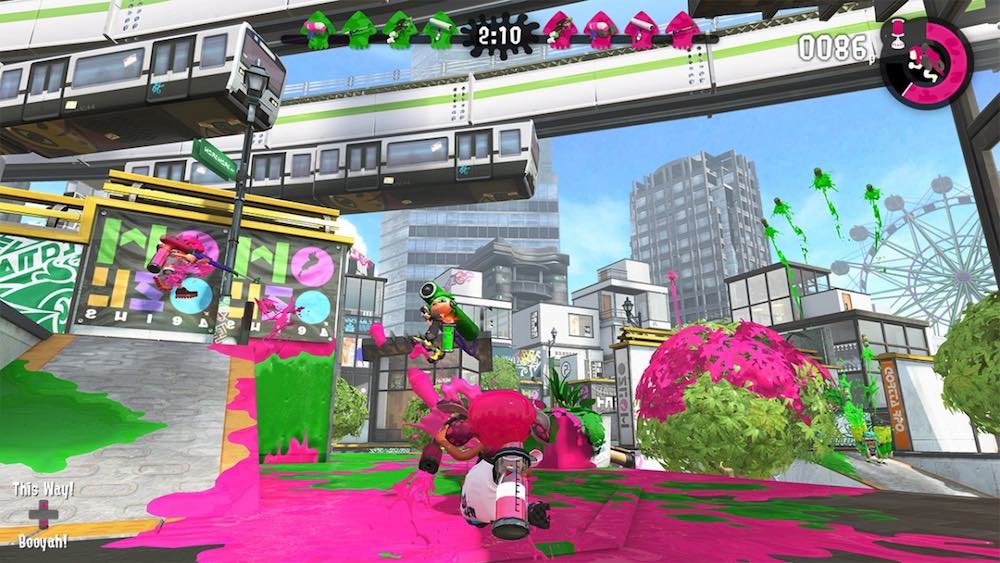 It pays to fool around with various weapon types and gear loadouts whenever you dive into a match. Are you the kind of person who likes to hold down the fort and cover ground? Opt for a roller weapon. Its ability to cover a wide surface area and lay down ground quickly can be an invaluable asset when wanting to turn the tide of battle. But those who prefer the more offensive approach and who take joy from keeping rival inklings at bay will find solace by using the Splat Dualies. It might take time and progression, but Splatoon 2 provides enough room for everyone to play to their strengths.

Regardless of the mode you’re playing, coating the areas around you is essential. A simple tap of ZL sees your fashion-savvy inkling transform into a literal squid, giving you the ability to roam about your own territory and gain an all-important tactical advantage and move much quicker. Going for a dunk also acts as the only method in which to replenish your tank and therefore ammo, giving method to the splat-filled madness.

Should you ever tire of Splatoon 2’s competitive modes, a slightly expanded single player offering helps to scratch the need to splash foes whenever an internet connection is elusive. Set roughly nine months following the conclusion of the last game’s Splatfest, the disappearance of the Great Zapfish is a nice excuse to go it solo and make your way through Octo Canyon. The bosses are undoubtedly the star of the show here, and though relatively easy to take down and limited in number, I can’t imagine I’ll soon forget thwarting a bloodthirsty toaster oven.

Capping off the trifecta of Splatoon 2’s major offerings is the wholly new Salmon Run, the game’s take on a traditional horde mode – albeit with a few eccentric twists. Tasking you and a team of three others to defeat the oncoming Salmonoid threat, it’s here that the action and challenge is kept fast and fierce. It’s so fast and fierce that it’s easy to become overwhelmed, and it’s for this reason that communication is vital in order to secure any precious egg commodities lying around, and return them to any one of the map’s baskets.

Salmon Run is a nice little addition that, like the rest of Splatoon 2, doesn’t quite perfect the act of taking down waves and waves of enemies, but provides enough unique spins to keep you frothing at the mouth for more upon laying your Switch down. It’s such a shame then that this mode is only playable at certain times of the week, a cordoned off block to an otherwise creative mode of play. It’s in decisions such as this, that Splatoon 2’s cracks start to show a little. 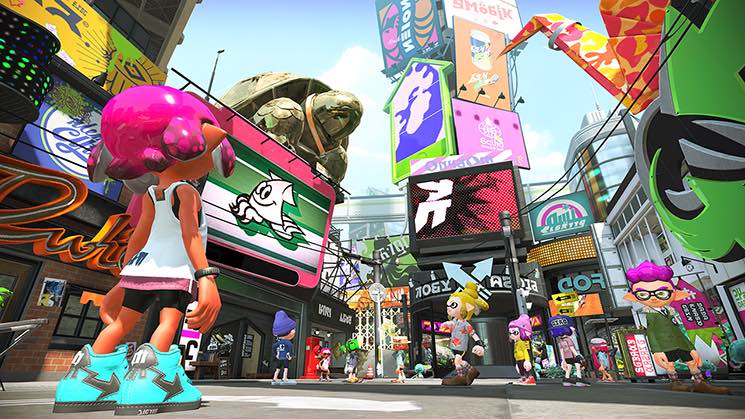 Matchmaking at present in Splatoon 2 is pretty swift and easy to load into a match, but the inability to switch weapon and gear sets inbetween matches is a bizarre design choice. A diverse team with various methods of spreading your ink is essential to be successful, so should your team lack a roller user for instance, your only real option is to log out of the lobby, change loadouts, and log back in again. It breaks up the action much longer than is necessary, and is simply an antiquated decision that’s of no real benefit to anyone playing.

Those hankering for a wildly robust and addictive competitive experience on Switch should absolutely take a dip into the neon-drenched waters of Splatoon 2. More so than Mario Kart 8, it offers a level of customisation, depth, and sheer fun that is rarely found anywhere else. While some odd choices rear their ugly head in the form of time-related game mode restrictions and awkward loadout switching, for almost 15 hours now the act of getting messy with paint in the war to be victorious has never gotten old.

Splatoon 2 is available on Switch.